DASHCAM footage shows the moment an idiotic motorist almost causes a tragedy – with a “suicidal” overtake on a blind bend.

In the clip, captured on the dashcam of the truckdriver Ross Dickson, an Audi vehicle attempts to overtake a Mercedes on a blind bend in Glen Shee, Perth and Kinross.

The Audi is on the right-hand side of the road as it comes into the view of Dickson, and both vehicles are forced to slam on their breaks.

The driver of the Audi is not able to complete the maneouvre, and ends up slotting back in behind the Mercedes.

The encounter takes place on the A93. Ross Dickson said: “I came around a corner to be faced with this Audi driver attempting a suicidal overtake into a blind bend and crest.

“Camera vehicle is a Scania unit with 35ft 2-axle trailer, luckily got it stopped pretty sharpish or might have been more than just brown trousers involved for the Audi driver.

“Don’t know what he was thinking and I’m not sure I was more annoyed about the driving or the fact he ruined the intro of a Kenny Loggins classic just starting.”

The video has gone viral on social media after being shared by the Idiot UK Drivers Exposed Facebook page. 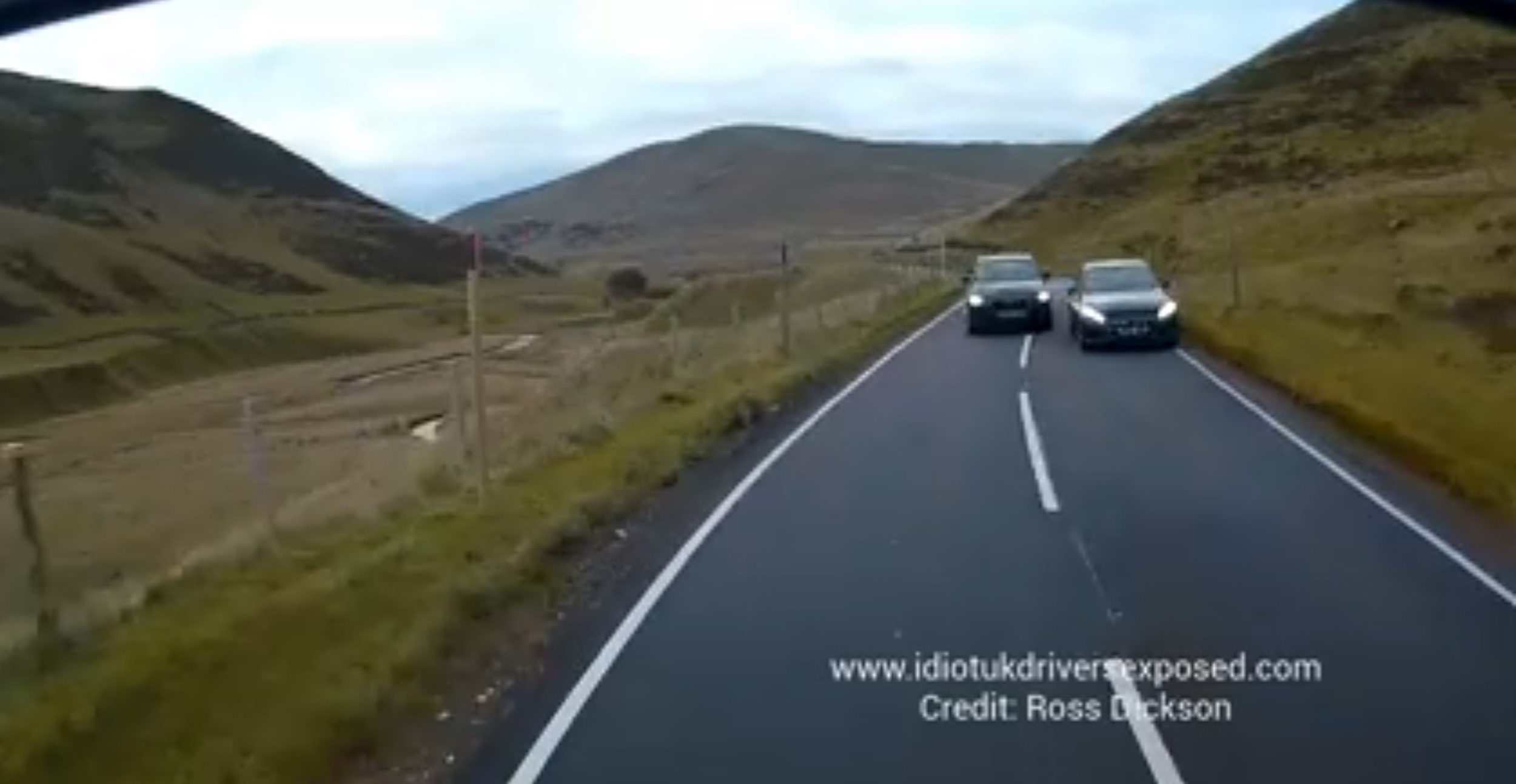 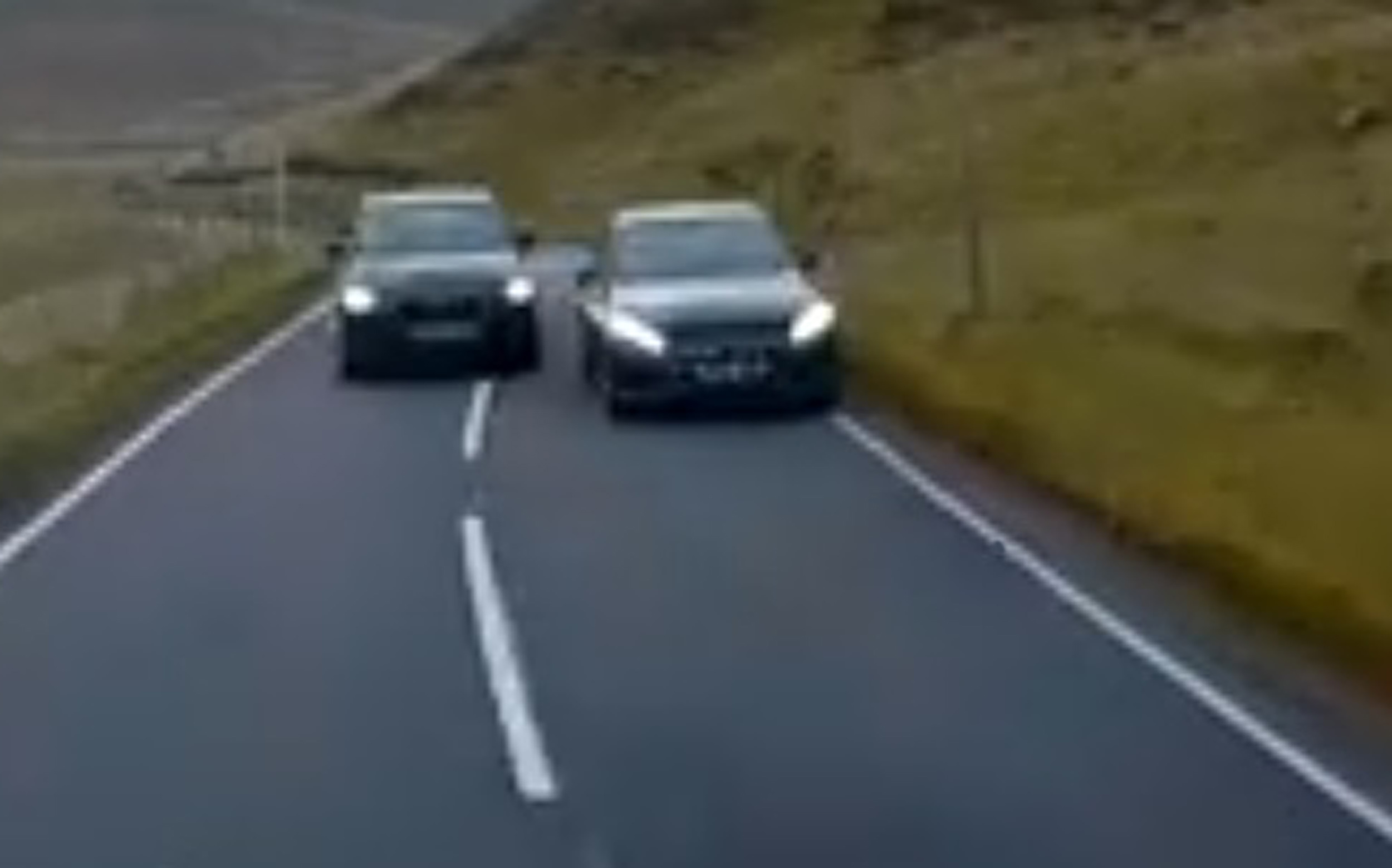 It received 29,000 views in the first hour after being posted.

Social media users took the opportunity to slam the Audi driver, and other Audi vehicle drivers.

Writing on Facebook, Tina Whiting quipped: “Surely you should realise that Audi drivers take priority over everything and everyone…”

Anthony Smith wrote: “Them audi drivers all seem to have passed there test on the same day.”

The A93 is one of the most picturesque roads in Scotland.

It runs north from Perth through the Grampian Mountains by way of Glenshee, the Cairnwell Pass and Glen Clunie, over to Braemar in Aberdeenshire.

It is famous for being the highest public road in the United Kingdom, reaching maximum altitude of 670 metres (2199 feet) above sea level.

The full video can be seen at www.idiotukdriversexposed.com.