LEE Ashcroft got fed up with his ‘horrible’ relegation battles at Kilmarnock – and has no intentions of facing another one with Dunfermline.

The powerful defender came through the ranks at Killie and played over 70 times in four seasons for the Rugby Park outfit.

The 23-year-old played his part in helping to keep the Ayrshire men in the top-flight but it was an annual struggle, finishing ninth in 2013-14 – just four points above second-bottom Hibs – and 10th two seasons ago before being sucked into a relegation play-off with Falkirk last term. 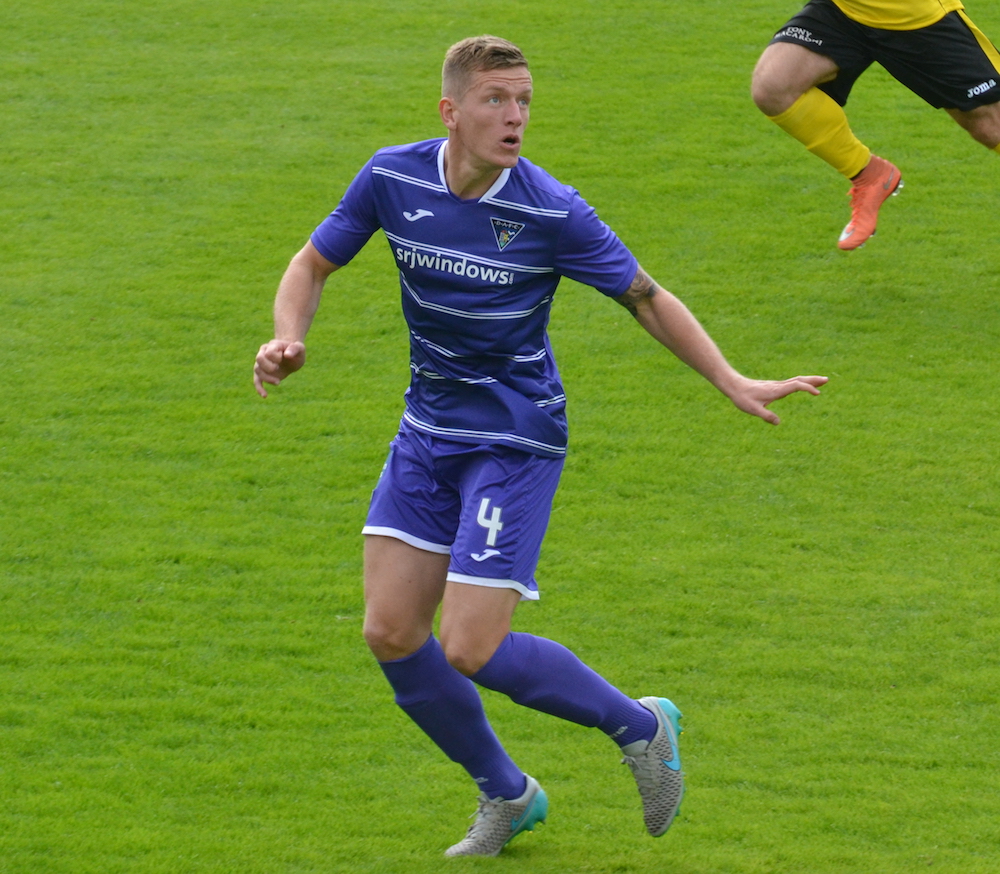 Ashcroft played in the second-leg success against the Bairns but was freed days later and joined Dunfermline.

He admits he did not move east expecting another relegation battle and is hopeful the Pars are finally finding their feet in the Championship after rising to seventh with last weekend’s win at home to Morton.

He said: “At Killie for three years we were always near the bottom and it was a horrible, horrible experience.

“Hopefully this isn’t going to turn out the same. Hopefully we can move up that table and be mid-table by the new year and start looking up instead of looking behind.

“When I first came in and saw the boys the gaffer had signed, I think all of us were expecting to be going for a promotion play-off place, at the least.

“But that’s still in our sights. With it being such a tight league, when results haven’t been going our way it’s not as if other teams have been getting miles away from us.

“It’s our turn to keep this wee run going and to start looking forwards instead of behind all the time.”

Ashcroft has been virtually an ever-present at Dunfermline under his former Kilmarnock manager, Allan Johnston.

This afternoon’s trip to Queen of the South takes Johnston to his old club for the first time since winning the Challenge Cup and Second Division title as manager in 2013.

And Ashcroft reckons one look at the league table is enough to provide plenty motivation for the Fifers at Palmerston Park against a Queens side seeking their first win under new manager Gary Naysmith and their first victory in the league since September 17.

He added: “All the games are important but it will be that bit harder because they’re fighting for the win they’ve not had in ages.

“But we’ve not lost in our last four games and if we beat them we go above them, which is a great incentive to have.

“Hopefully we can get above them and get into that sixth place.

“When you get a wee bit of momentum going then the confidence builds and things come naturally – when you start winning you keep winning and getting good results.

“But I think we’ve got that wee bit of luck and hopefully that continues for us.”

• Dunfermline will wear black armbands at the match against Queen of the South following the shock death of much-loved director Margaret Ross, who played a key role in the club’s survival in 2013.