East Fife defender Jonathan Page is thrilled to play his part in handing out lessons on the pitch – but admits his sights are set on a career in the classroom.

The former Motherwell and Hamilton player helped the New Bayview outfit win five straight games during December and subsequently picked up the Ladbrokes League One Player of the Month award yesterday. 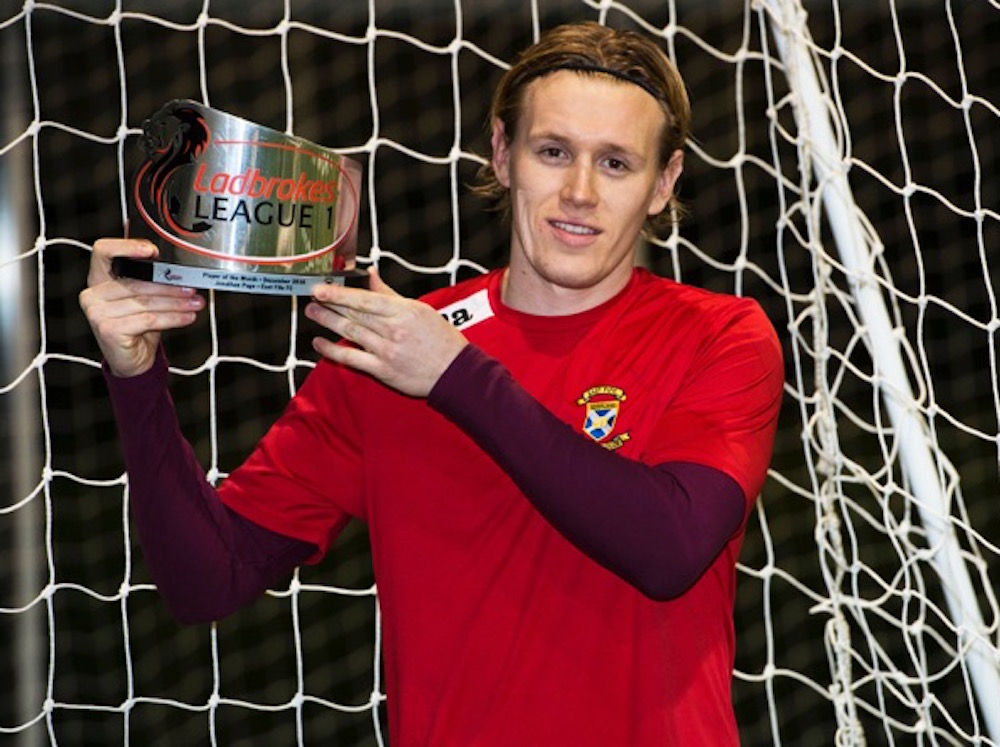 But at the age of 26, Page revealed he is working towards a career in teaching outside the game.

The Englishman  said: “I’ve been working for a gas company but I’m going to begin a post-graduate course in teaching in August at Strathclyde University.

“I was meant to start it last August but my results didn’t come through in time.

“I graduated a couple of months ago and I’ve been working towards that.

“I had been in full-time football for nearly ten years and I’m keen to do things in my spare time.

“It’s amazing in Scotland how quickly you can go from being at the top of the game to going part-time, so it’s always important to have an eye on something outside of the game.

“Even though I’m part-time I would have to say it’s the most I’ve enjoyed my football for a long, long time.

“I think I moved to the club at the right time, they’re run really professionally and apart from only training twice a week, everything is run like a full-time club.”

The Fifers kept four clean sheets during December but Page has paid tribute to the players in front of him.

“But I think the midfielders and the forwards are the most hardest working that I’ve ever played with so that makes your job a lot easier.

“I also think we’ve been getting little bits of luck that we were maybe not getting earlier in the season.”

East Fife are now only three points adrift of the play-offs with a game in hand and Page insists they’re aiming high.

He added: “It’s much more exciting to be looking up rather than down. The play-offs would be a fantastic achievement after just getting promoted but the most important thing is that we make sure we stay in this league.”