A TERRIFYING video shows a reckless van driver swerve in front of a car to exit motorway roadworks – on the day Storm Doris battered Britain.
The van, travelling at high speed, comes within a few feet of the car as it veers without warning from the fast lane to the a narrow slip road festooned with traffic cones.
The dangerous manoeuvre was performed on the M8 near Glasgow yesterday (thu) despite warnings to drivers of snow and ice.
The motorist who captured the footage on a dash cam said it was extremely fortunate the van driver did not cause a serious collision.
The clip was filmed during the early part of the evening rush hour near Chapelhall, North Lanarkshire.
The dash cam vehicle is following a van painted in the colours of parcel carrier firm XDP Express.
Despite low light, wet road conditions, and the obvious presence of traffic cones and average speed cameras, the van is travelling at high speed in the outside lane.
A silver Ford Fusion can be seen pulling to the left to let the van past. But as the van draws level with his car he puts on his left indicator and a second later swerves in front of the hatchback.
The van just manages to make the slip road in a move so sudden the Fiesta driver appears not to have the time to brake. 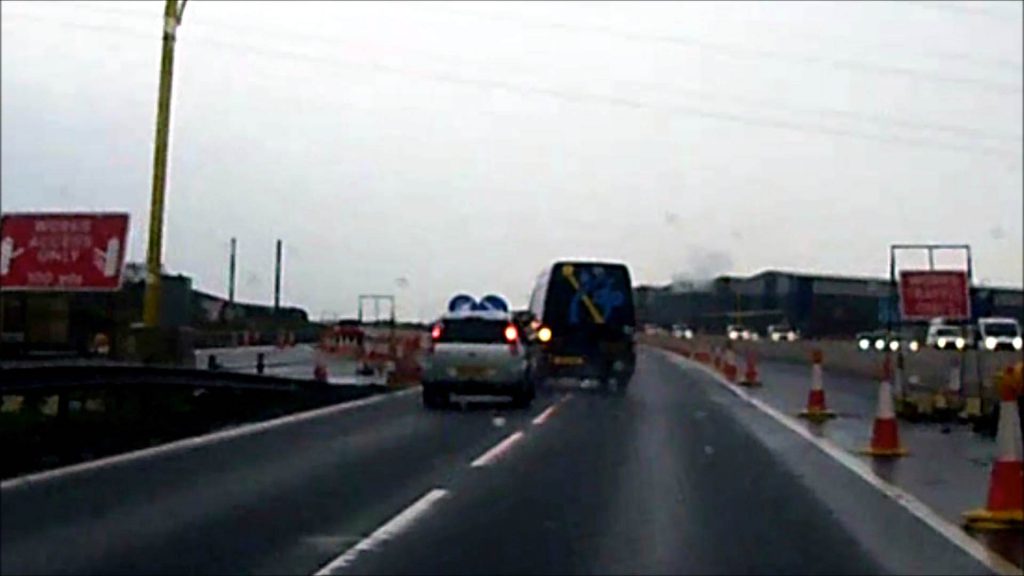 The driver who filmed the incident, who asked not to be identified, said: “The van driver clearly had several opportunities to safely pull into the nearside lane well in advance of the exit slip at Newhouse.
“At the last minute, completely out of the blue, the van swerved right across the car and off at the exit slip.
“It was extremely fortunate that it never caused a serious collision.
To make it worse, this happened on a day when we had an amber alert for snow, a yellow warning for ice and variable message signs displaying ‘Winter weather – travel with caution’ all across the network at this time.” 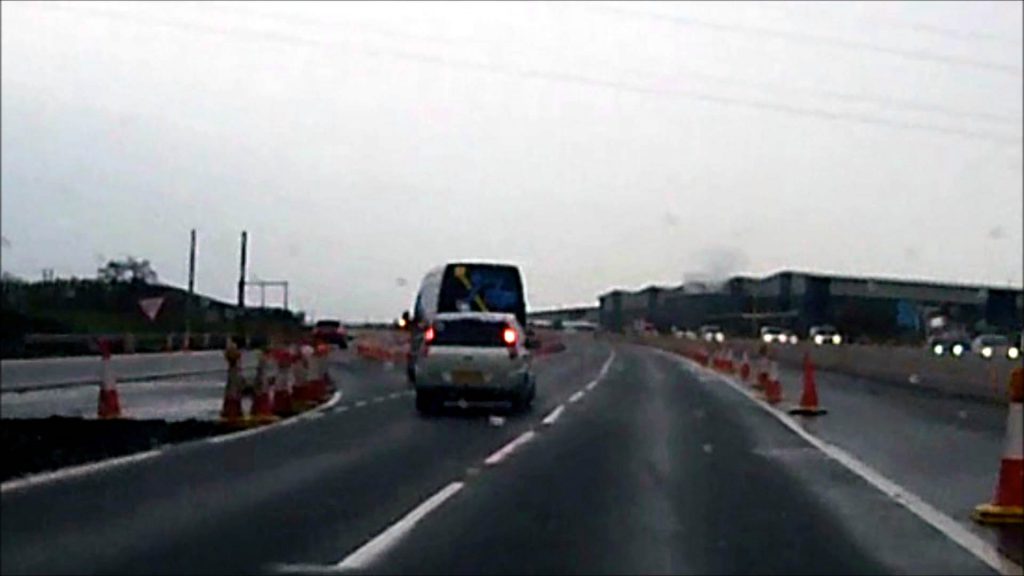 A spokeswoman for website Scotland’s Worst Drivers, who obtained the clip, said: “The standard of driving is nothing short of reckless and appalling.
“Luckily, the driver of the Fiesta managed to avoid a collision, otherwise this could have been a very serious accident if not fatal.
“We hope the company recognise the seriousness of this incident and cooperate with the Police to trace the driver.
“Roadworks can sometimes be confusing, however it’s clear that he or she should’t be on the roads driving in this manner.”
Share
Facebook
Twitter
Pinterest
WhatsApp
Linkedin
Previous articleAmy MacDonald fan praised by star for spotting secret message etched on vinyl
Next articlePooping cat prompts hilarious passive-aggressive note to owner

REVIEW – The Bubble Laboratory – The Adventure Bubble Show with Milkshake