A SCOTTISH OAP is finally set to get his pilot’s licence – almost 60 years after first getting behind the controls of an aircraft.
Roddy Kyle is 75 and in need of a hip replacement but that will not stop him taking the test later this year.
The daredevil from St Monan’s. Fife, has even taught himself the basics of flying by watching YouTube videos.
The former Army engineer, who served all over the world, first sat at the controls of a glider when he was 16.
But his dreams of becoming a pilot had to take a back seat as his military career took him around the globe maintaining the British Army’s Centurion tanks and other vehicles.
Roddy said: “As soon as I got behind the controls of the  glider I knew this was something I could do again and again.”
But his subsequent experiences of flying were as a passenger and it was not something he particularly enjoyed.
“My initial deployment to Germany in early 1961 was by troopship but trooping flights to Germany started in 1961.
“It wasn’t the most  pleasurable experience so it’s fair to say I wasn’t a fan of passenger flying.”
He added: “Now in the cockpit with my hands on the controls, it’s been  an amazing experience and I’m even looking at the possibility of buying into something to fly more regularly.
“When you’re in the air it’s really quite  simple and great fun– it’s the landing that is a bit trickier!
“I’ve spent a wee bit of time on YouTube looking at tutorial videos but it’s not something you can master just from watching, I’ve been  lucky enough to receive some fantastic instruction.”
After passing the theory exam, the enthusiastic pilot is preparing for the practical test as Balado Park Airfield, Kinross.
Before he decided to go for his pilot’s licence, Roddy’s hobbies always had a daredevil streak and included what he termed “a bit of ‘off-piste’ hill walking”. 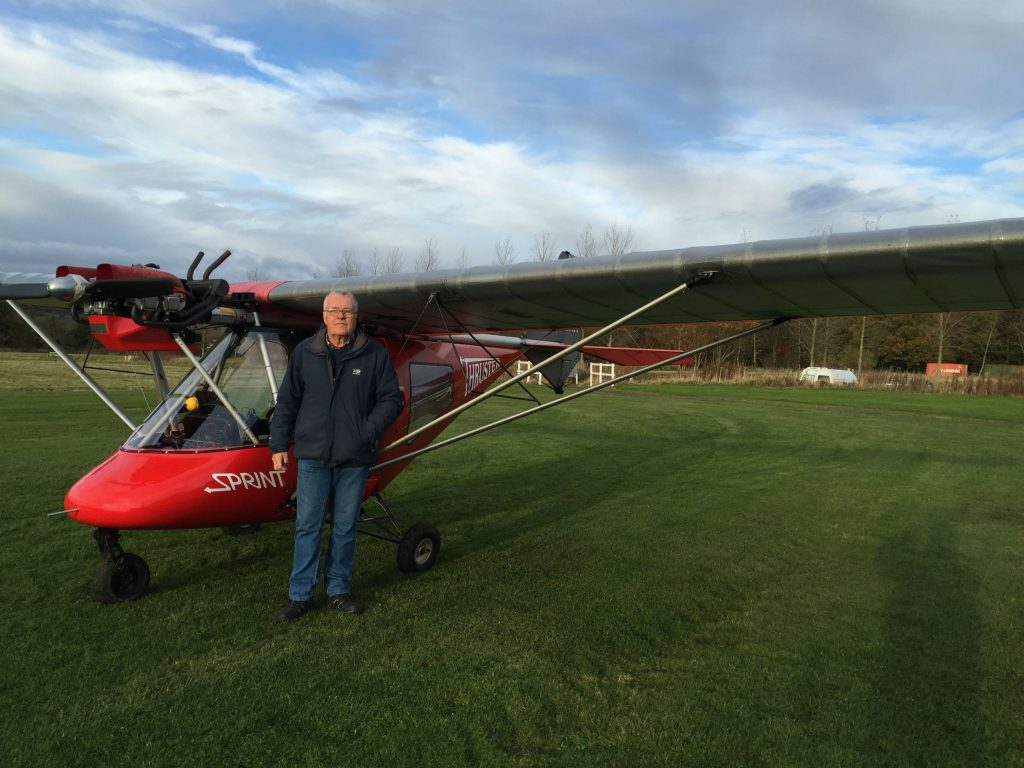 His career in the military took him to countries, including Germany, Borneo and Maralinga, Australia, the UK’s nuclear test site.
After leaving the forces Roddy spent 35 years in the oil and gas industry, working in the Caspian area, Africa, Middle East, India, and the Far  East.
Roddy lives in Bield’s Abercrombie Court. Kathy Crombie, communications and marketing manager at the firm, said: “We are so proud of Roddy working  so hard and finally having a go at attaining his pilot licence.
“To see him  following this dream at 75 is a true inspiration to all of us and we wish him  every success in his steps on the road to getting his licence.”
Share
Facebook
Twitter
Pinterest
WhatsApp
Linkedin
Previous article“I’ve said all along I’ve got the desire to stay here” – but no new Dunfermline deal yet for Kallum Higginbotham
Next articleVery angry bird attacks its reflection for a week