EDINBURGH CITY chairman Jim Lumsden is adamant there will not be a dry eye in the house on Saturday when the Citizens say farewell to Meadowbank after a truly extraordinary journey in the iconic stadium.

The League 2 outfit will vacate the ageing arena this summer to make way for a £41 million upgrade of the facilities, ground-sharing with city neighbours Spartans for the next three campaigns.

Although the club hope to return to the newly refurbished facility, Lumsden – a regular at Meadowbank since 1979 as a former Meadowbank Thistle fan – is steeling himself for a poignant occasion when Stirling Albion visit tomorrow in the final home match of the season. 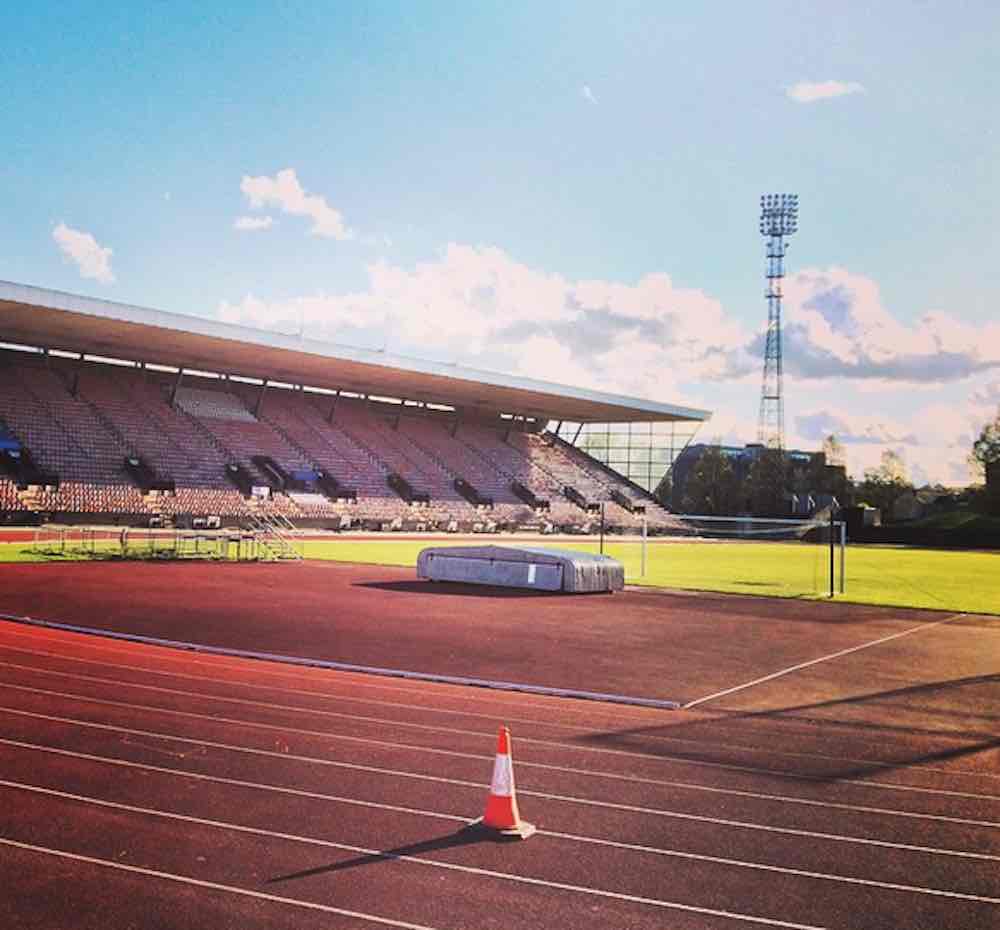 It is a day that he believes will afford the club the perfect opportunity to reflect on a stunning rise from East of Scotland League also-rans to consolidating their SPFL status this term.

Lumsden said: “I will really miss Meadowbank. It’s been somewhere I have gone every other Saturday for the best part of 40 years. I was originally a Meadowbank Thistle fan so I’ve been watching my football in this ground for a very long time. It’s a special place.

“I got involved when City moved into Meadowbank in 1995 before joining the committee 18 years ago. This will be my fourth year as chairman and it has been some journey. There have been a lot of ups and many downs – just like any club – but thankfully the last few seasons have been tremendous.

“The two Lowland League titles were unforgettable, and our first ever SPFL win at Meadowbank against Annan was terrific.

“Saturday will be emotional day for everyone here – but it will be a great day. We secured our League 2 status last weekend so we enjoy the occasion and just be really proud of what everyone here has achieved.”

Lumsden concedes with a smile that the old ground, built for the Commonwealth Games of 1970, “has seen better days” and revealed that even the directors have mucked in with DIY jobs around the stadium over the years.

That should not, however, be mistaken for a complaint. He reckons that simply sums up the spirit of City, who became the first club to ever win promotion to the SPFL through the playoffs when they defeated East Stirlingshire over two legs last season.

He smiled: “We painted the dressing rooms ourselves. They were looking very, very tired! The dad of one of the coaches, Rab Ballantyne, came down and did that with a few of the committee members.

“We redecorated the cafe, put in ovens and done bits and bobs around the stadium. As a facility it has been great, but it has seen better days.

“It’s just about mucking in and trying to make things a little better. It might not have a gleaming, shiny stand, but we have worked really hard this season to be open, welcoming and give fans and players an experience they have enjoyed.”

City hope to return to Meadowbank once the renovation has been completed, albeit Lumsden concedes the uncertainties of politics make long-term planning a challenge. In the meantime, they will seek to make themselves comfortable at Ainslie Park, home of the city rivals Spartans.

Lumsden said: “We’ve had meetings with the council and we have a positive relationship with Edinburgh Leisure so, as it stands, it is our plan to move back in. However, we have council elections and other factors so you can never be quite sure how things will pan out.”

A dream friendly against a Manchester United XI turned into a nightmare in 2004 when he broke his ankle. His playing career would never be the same again, but he poured his energy into coaching and, since taking the top job in 2009, has established himself as the most successful manager in the club’s history.

However, there have been plenty of bumps along the way, literally.

Jardine said: “I remember a Scottish Cup game against Clachnacuddin and a Spanish lad, Jorge Vinelli, came on with 12 minutes to go and scored an absolute screamer from 40 yards – then ran into the wall celebrating and nearly knocked himself out.

“He had to come off injured again! He was on the pitch for about three minutes and won us the cup tie.

“In one of my first matches as a player I actually broke my ankle playing against Manchester United. Brian McClair brought up a decent side, with the likes of Sylvain Ebanks-Blake and Phil Bardsley – so not all the memories are happy ones.

“We had a bit of bad publicity a few years back with our ‘Ultras’ too. About 100 lads ran on the pitch when our player was running through on goal. That was probably the first ever pitch invasion for a midweek East of Scotland League game against Lothian Thistle!

“So, from the big games to the smaller ones, it has never been dull here and this season has just been the perfect last season, completing that journey from East of Scotland League to the SPFL and staying up.”

Jardine hopes the City’s final match at Meadowbank proves a fitting finale – for the ground in its current guise, and for a fine debut season in the the SPFL for Edinburgh’s newest league side.

He added: “I’m really proud of the way the players recovered from a difficult start to the season, stuck together, believed in each other and showed they were good enough for this level so it would be great if we could get a few extra numbers in to celebrate the season and the end of an era at Meadowbank.”