Six people – a mother and son in one car and a family in the other – escaped with their lives despite the severity of the accident on the A9.

The clip shows a blue Vauxhall Zafira turn right and collide head-on with the dashcam vehicle travelling at around 60mph.

The mother of the dashcam driver spent a week in hospital. The Zafira passengers walked from the wreckage moments before it burst into flames.

Dashcam owner Erland Ryan, from Alness, was travelling along the notorious road with his mum earlier this month when the collision happened.

At the start of the clip, Erland, 23, in a Vauxhall Astra, can be seen travelling towards the juction with no cars ahead of him.

In the distance the blue people carrier is seen pulling up to the junction indicating to turn across the road.

The impact of the smash dislodges the dashcam which ends up pointing towards the sky, recording a shower of debris and the still-moving windscreen wipers.

Erland said: “I had to take a week off work due to various aches and pains throughout the week but my mum, who was my passenger, was in hospital all week. 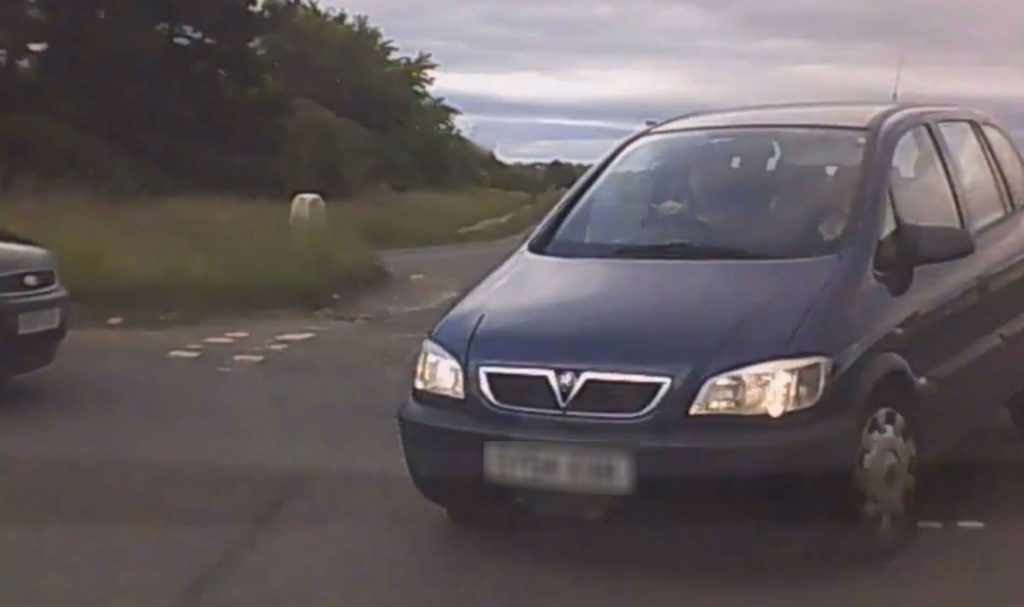 “Could have been a lot worse, but I’ve never seen anything like it.”

A photo of Erland’s mangled car shows the extent of the damage on his silver Vauxhall, which is beyond repair.

The bonnet is seen crumpled back towards the windscreen with the driver’s front wing bent beyond recognition.

Both the passenger and driver’s airbags are seen to have been deployed with fluids from the engine seen forming a puddle under the wreck.

Commenting on the clip, viewers were amazed no-one was more seriously injured.

Barry Christie wrote: “You are lucky you were in a car. I had the same happen to me on my motorbike a month ago.”

Mikey Bissett commented: “Can’t believe what I just watched, hope you got out OK”

Over the last three years, 19 people have been killed along the vital route that runs from Thurso in Caithness down to Falkirk.

Another 48 people have been seriously injured over the same time frame with the Scottish Government installing average speed cameras along significant streatches of the road to help improve road safety.

A Police Scotland spokeswoman said a 37-year-old man from Inverness had been charged in connection with an alleged careless driving incident on the A9 on June 18, 2017 and a report will be submitted to the Procurator Fiscal.