THREE Scots women who emigrated to Australia from Glasgow over 45 years a ago have met up for “Scottish luncheon” – featuring Irn-Bru, Tunnock’s and tattie scones.

The three women all live in Geraldton, a coastal city in Western Australia, after moving in the 1970s or earlier.

And after meeting down-under, the trio decided to revisit their cultural roots with a full Scottish banquet.

An image of the meet-up, showing the three women wearing tartan clothing and holding Irn-Bru cans and whisky glasses, has proved a hit amongst Scots on social media.

60-year-old Christina Ross, originally from Govan, emigrated in 1958 with her parents when she was just a baby.

And their friend Eleanor Carter, also 69 was born in the east end of Glasgow, before making the move in 1973. 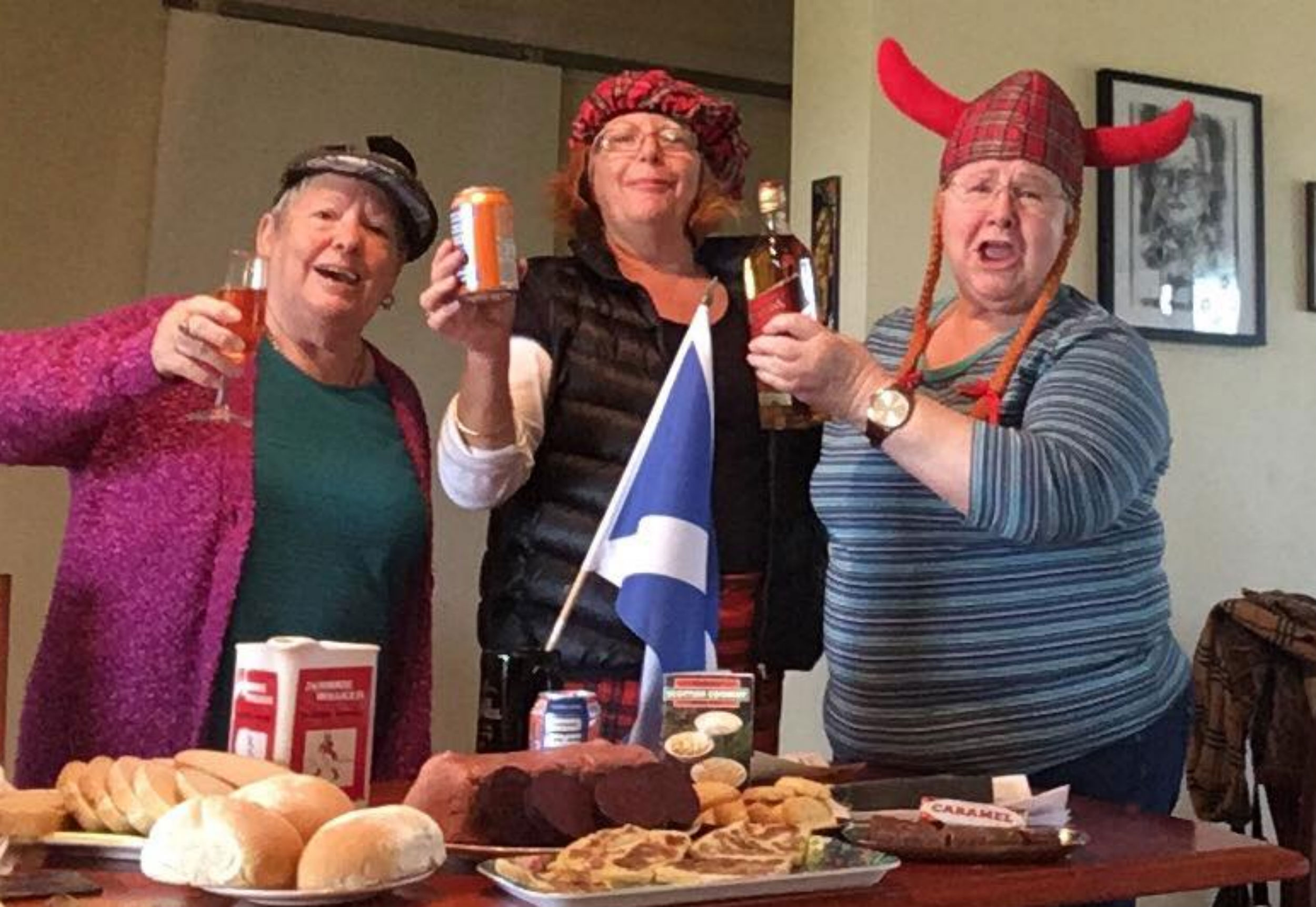 In the image, Mary is wearing a tartan-patterned viking horned hat, whilst holding a bottle of whisky, whilst the other two are holding Irn-Brus.

The table in front, with a saltire emblazoned across it, holds a mountain of food including
Tunnock’s caramel wafers, square sausages, tattie scones and black puddings.

“There was lentil soup, tattie scones, square sausage, black pudding and Tunnocks caramel. Some irn bru and whisky too.”

Fellow Scots reacted with delight at the image.

And Timothy Brown said: “Your square sausages – you should have cut the corners off them and made them into round sausages and then you could have used the corners for stoves.”

Benefits Of The 17-Inch Gaming Laptop