DEAN SHIELS is glad Rangers mentor Ian Durrant has not been lost to Scottish football – but is desperate to get one over him with Dunfermline.

Shiels worked with Durrant during his four years at Ibrox and is full of praise for the legendary former Light Blues midfielder.

The pair both left the Govan outfit last summer, but Durrant returned to work as Dumbarton’s assistant manager in January and Shiels is convinced the Sons can only benefit from his wealth of experience and knowledge. 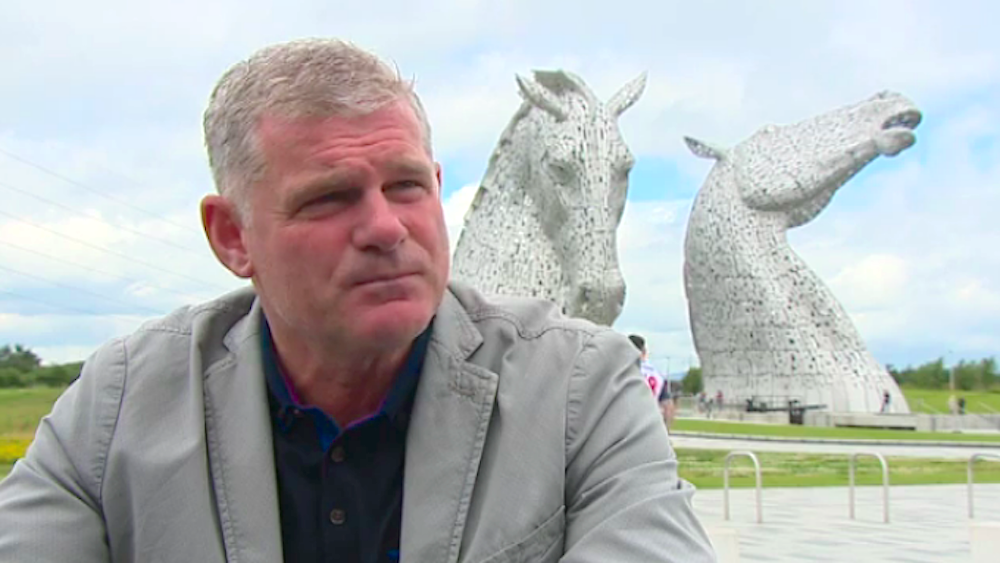 But, despite that, the Pars midfielder is optimistic the Fifers can continue their impressive start to the season and earn him the bragging rights over his ex-Rangers coach.

He told @CCP_sport: “I know Durranty well. He’s a good coach and a great football man.

“He’s a great character for Scottish football and I was happy to see him back in the game.

“He deserves to be involved. He’s got too much experience and everything else to not be involved.

“He can only help Dumbarton. He’s a great, positive guy and the Dumbarton players will all feed off that and enjoy working with him.

“He obviously knows the game and he’ll get them organised and hard to beat.

“He’s one of Rangers’ best midfielders, ever. He was a top, top player and it can only be to Dumbarton’s benefit to have him at the club.

“We’ll be prepared, though, and I’d like to beat Durranty, just to give him a bit of stick.”

After spells with Dundalk in the League of Ireland and FC Edmonton in the North Atlantic Soccer League, Shiels returned to Scottish football last month.

The former Hibs and Kilmarnock player has been a key part of Dunfermline’s success so far, with last weekend’s 3-1 win over derby rivals Falkirk following on from the previous week’s 5-1 hammering of Inverness Caley Thistle.

And the Northern Ireland internationalist is loving life at East End Park as part of a squad he believes should be shooting for promotion back to the Premiership this season.

“We’ve got goals in the team and I’m enjoying being a part of it.

“I just want to stay fit and keep playing, and try to enjoy my football.

“Sometimes you have seasons where you don’t enjoy football but I’m starting to enjoy it again, so hopefully that continues.

“This is a Premiership club. The way things are run here, they want to do things right, everything’s done professionally, and you can see there’s ambition here to go further and progress.”