THE DISTRAUGHT mum of missing RAF airman Corrie McKeague has revealed that police may have been following the wrong bin lorry in the search for her son.

Nicola Urquhart revealed yesterday that investigating officers found that a further three lorries could have moved Corrie’s body from a refuse transfer station.

Posting online, Nicola said that the initial bin lorry thought to have picked up her son’s body did not collect all of the rubbish from a bay at the Red Lodge Transfer Station in Suffolk.

It is now understood that a further three lorries collected rubbish from the bay at transfer station where is it believed Corrie may have been.

Earlier this year, more than £1m was spent by investigation teams combing the Milton Landfill site in Cambridgeshire for Corrie but found no trace was found. Nicola’s claims suggest police may have been searching in the wrong area all along.

Suffolk Police announced yesterday it was restarting its search for Corrie at the landfill site near Cambridge next week.

The 23-year-old RAF serviceman has not been seen since disappearing after a night out in Bury St Edmunds, Suffolk, in September last year.

It is belived that he may have been sleeping inside a bin near in the centre of the town.

Nicola, from Dunfermline, Fife, writing on the Find Corrie Facebook page, said that she had been “repeatedly” asking officers if any other vehicles entered the landfill but was “consistently told no.”

The lorry understood to have emptied the bin it is believed Corrie may have been in, dumped its load in “bay three” at the Red Lodge Transfer Station in Bury St Edmunds, Suffolk, on Saturday 24th September last year .

The dumped refuse was then crushed with a “dozer” along with other rubbish already in the bay.

According to Nicola, it was previously understood that on the following Monday another lorry came along to collect the rubbish and transport it to the Milton Landfill, Cambridgeshire.

However, she added that not all of the rubbish was collect from the bay at the transfer station meaning that a further three lorries which collected rubbish at the bay at later date may have picked up his body.

Writing online Nicola said: “During this whole time, I had been repeatedly asking if any other vehicles came into the landfill and was consistently told no.

“I felt that they must have been following the wrong lorry and if Corrie was in the landfill, it must be in another area or if other landfills were used, in another landfill. Again, I asked the police consistently about this.

“Thankfully the MIT [Major Investigation Teams] stuck with this, and have re-checked all the information they have been given and investigated this thoroughly and they have now uncovered new information.

“After the Biffa bin lorry unloads on the Saturday morning nothing else is put on top. However, on the Monday 8th further lorries dump their rubbish in bay three.

“The weight the police had originally uncovered for the rubbish that was removed in the first load was also now found to be incorrect.”

“This now means it is highly likely that the Biffa rubbish was never collected in that first load or went with the lorry the police had followed to Milton Landfill.”

“Police have now found out that there were in fact three Lorries that picked up at Red Lodge and took rubbish to Milton Landfill so now all three of these vehicles have been checked to see if these also have GPS Tracker and their Tachographs have been checked.”

“This was something we asked if they would do before they started searching, but were constantly informed it wasn’t necessary.

“This showed they had been searching in the wrong area of the cell, so they then started searching this new area.”

The mother of three from Dunfermline, Fife, then added that this now opens up new areas of the landfill that have not been searched.

Sandra Allenby said: “Unbelievable! I’m lost for words. So many mistakes and different things being told.”

Anna Jenner wrote: “I am speechless at the muddle the police have made of this investigation. My heart goes out to you all.”

Fiona Channell commented: “What a shambles. Can’t believe it’s taken this long for them to track the rubbish loads.”

Tracy Jones responded: “Wishing you well Nicola. I really don’t know how you’ve stayed so calm, dignified and composed. I send you and your family love and good wishes.”

The latest probe is due to take up to six weeks. Material from the time and place of the serviceman’s disappearance was found during the initial landfill search, but he was not found. 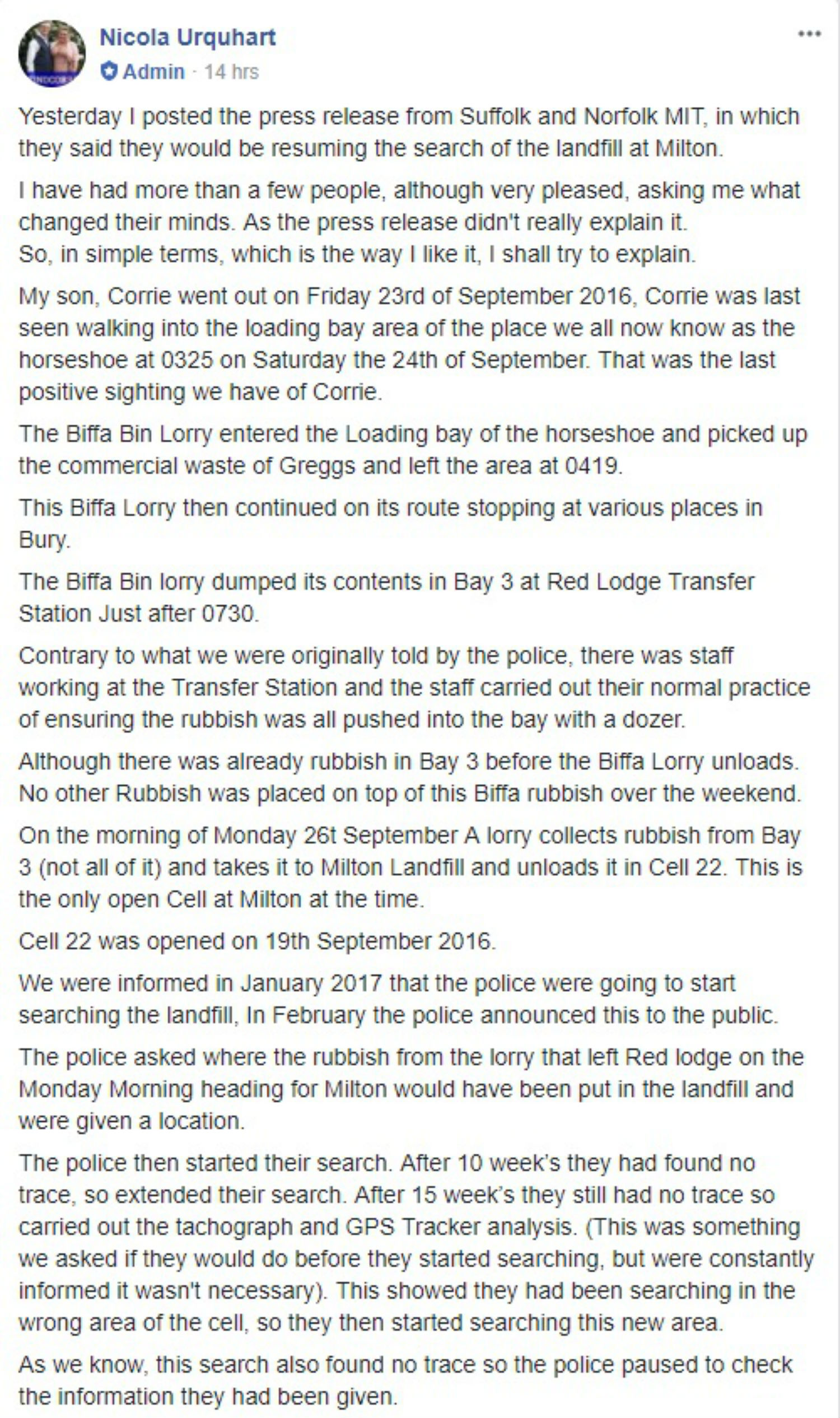 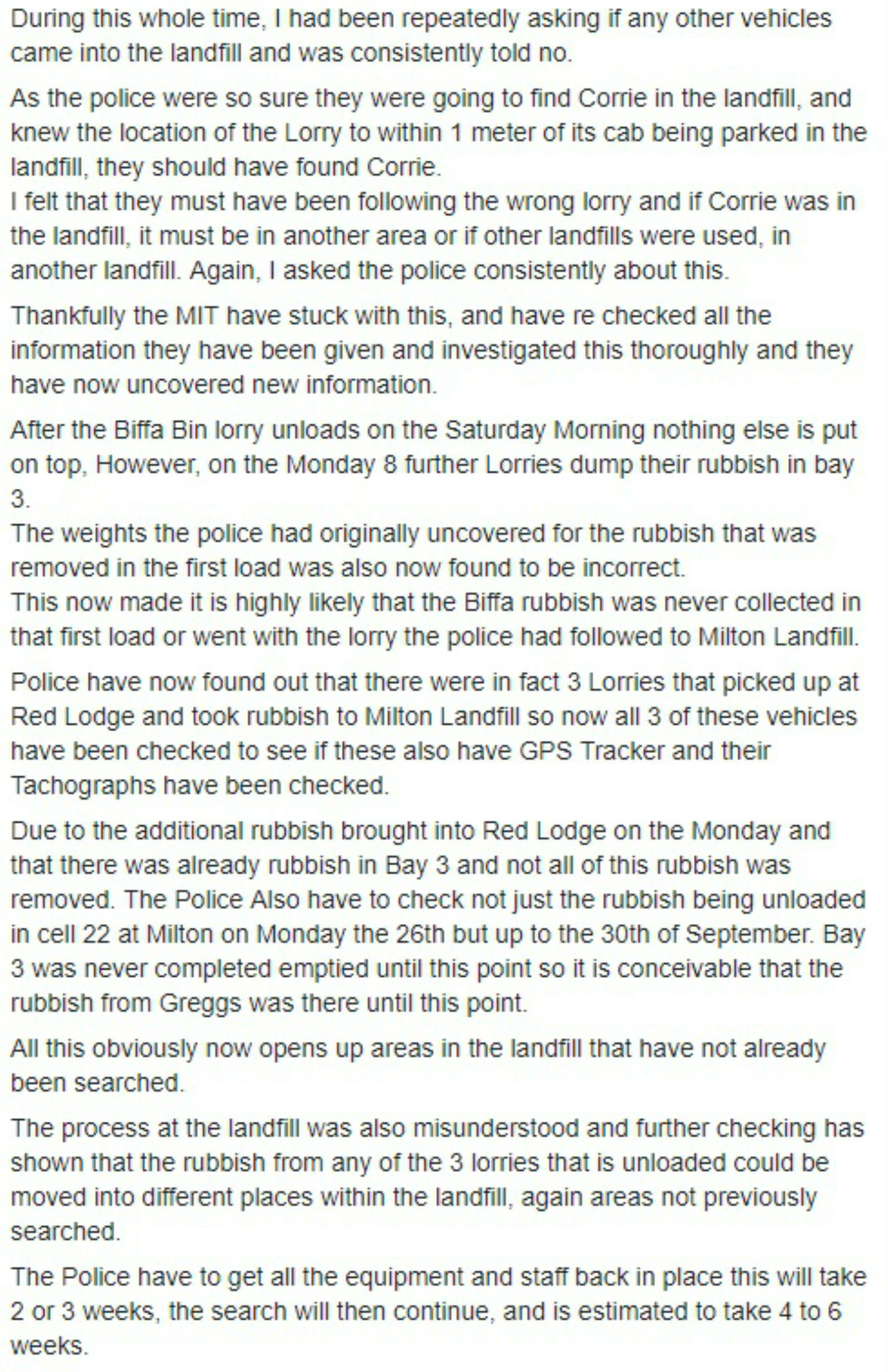 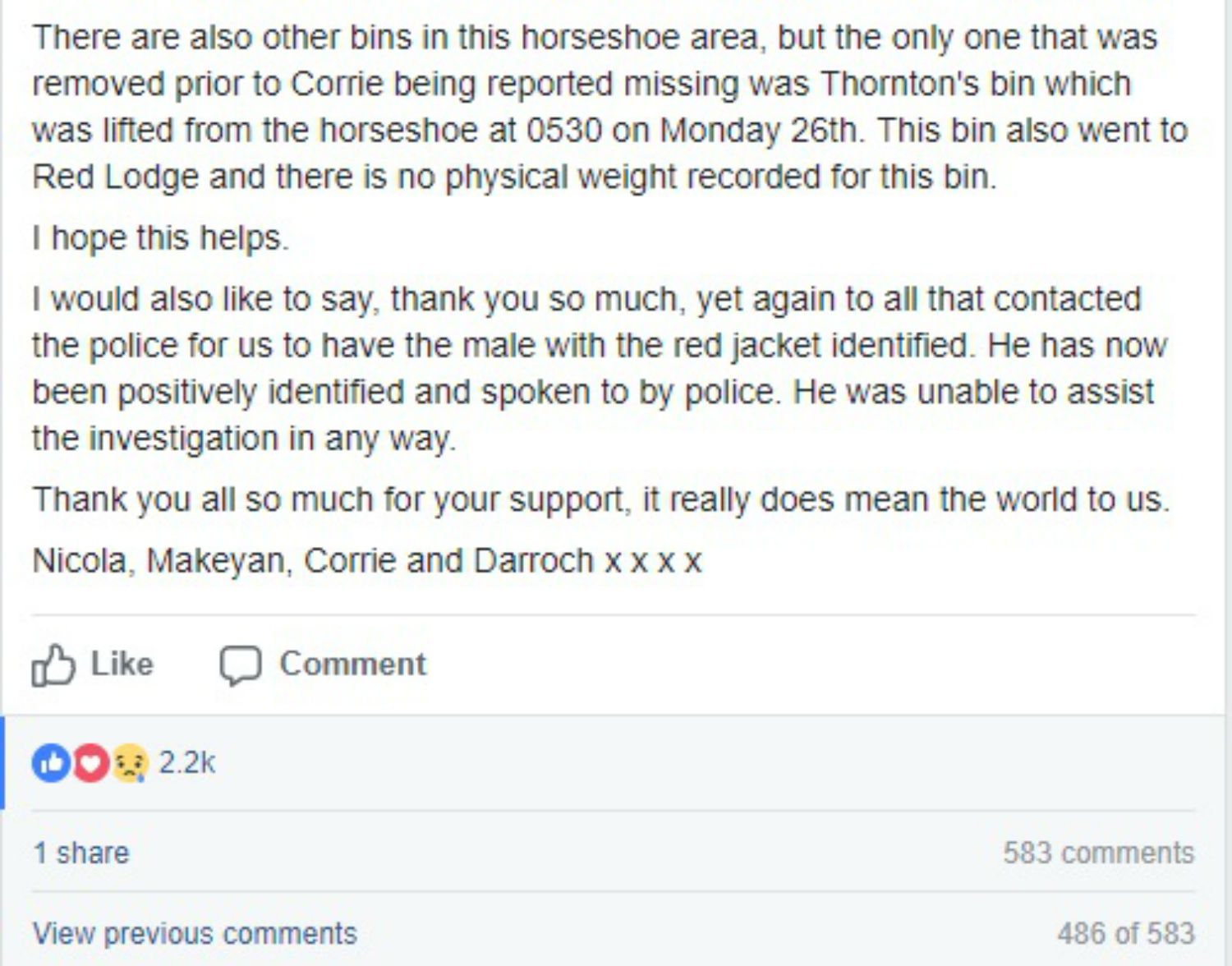 Mackie’s goes primetime with Inside The Factory set to air