STILL Game star Greg Hemphill is less than impressed with the spelling of Scotland’s national drink by one retailer.

The comic tweeted an image, thought to have been taken at an airport duty free in the Far East, of “Scotch Whiskey” for sale.

The superfluous “e” was described by Hemphill on Twitter as a “stone cold disgrace”.

“Whiskey” comes from the Irish translation of Gaelic and also applies to the American version of the drink.

Hemphill’s post now has over 190 likes, and social media users were quick to react to the spelling error. 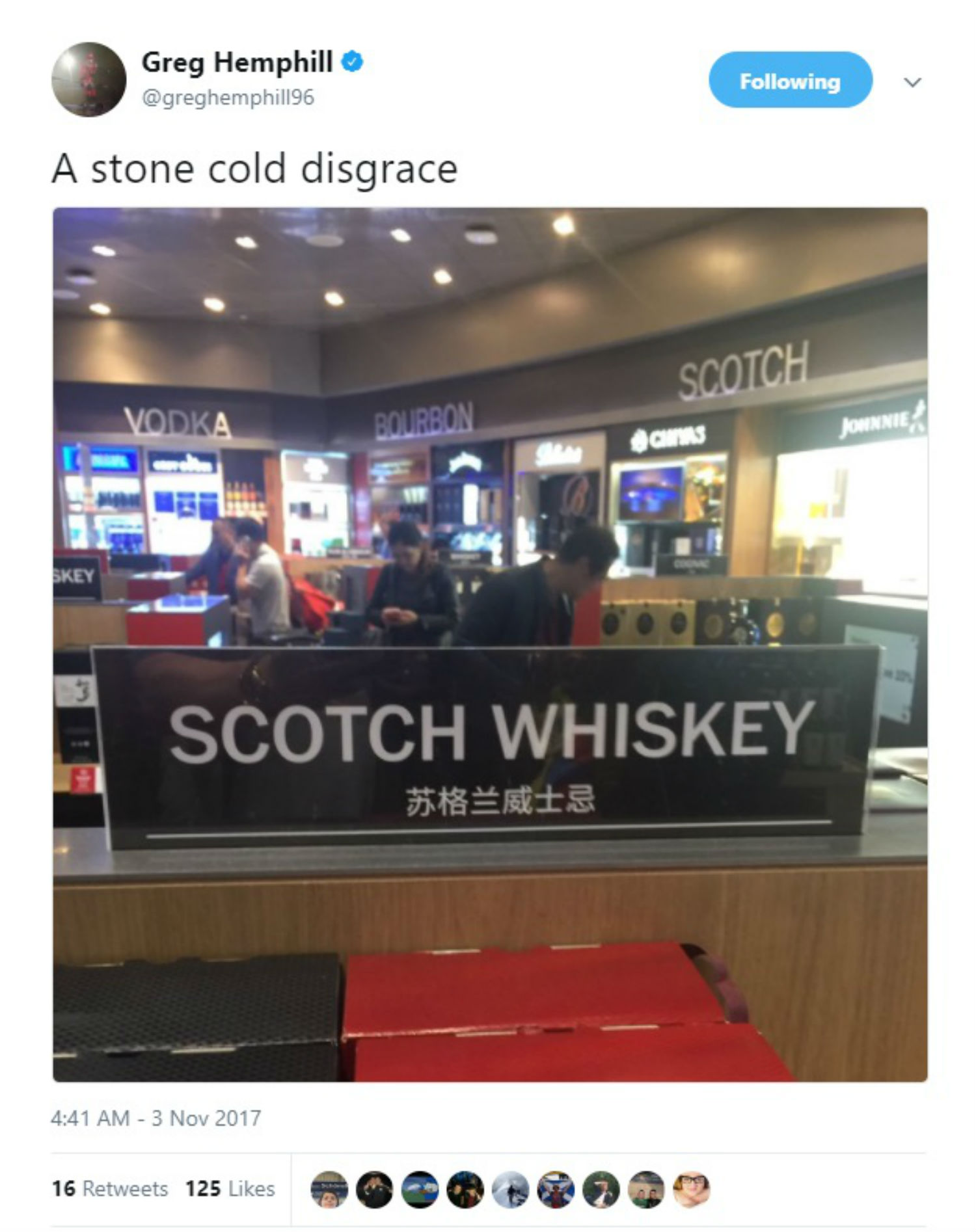 Stevie Jackson commented: “A British on the rocks please barman.”

A.S.McKinley said simply: “Get them telt!”

In 2004 the SNP came under fire for referring to Scotch as “whiskey” in a statement regarding the industry.

The announcement quoted then party leader Mr Swinney referring to the “Scotch Whiskey Association” and Westminster treating “Scotch Whiskey” as a cash cow.

The statement was hurriedly rewritten and the mistake blamed on an American spell-checker.