SCOTS actor Gerard Butler has shared an adroable snap of a stray dog he adopted while filming in Bulgaria.

The Hollywood star tweeted an image of the dog lying next to him licking his face and wrote the pooch “stole” his “heart”.

Posting the black and white image online, the Paisley born screen star wrote: “Thankful for a new wee doggie in my life. She was a stray while I was filming up a mountain in Bulgaria. Stole my heart.”

48 year-old Butler uploaded the adorable image last night on Twitter and Instagram, sending fans and followers in the meltdown.

In the cute photo the Geostorm actor can be seen smiling at his new four-legged friend, who appears smiling back at him. 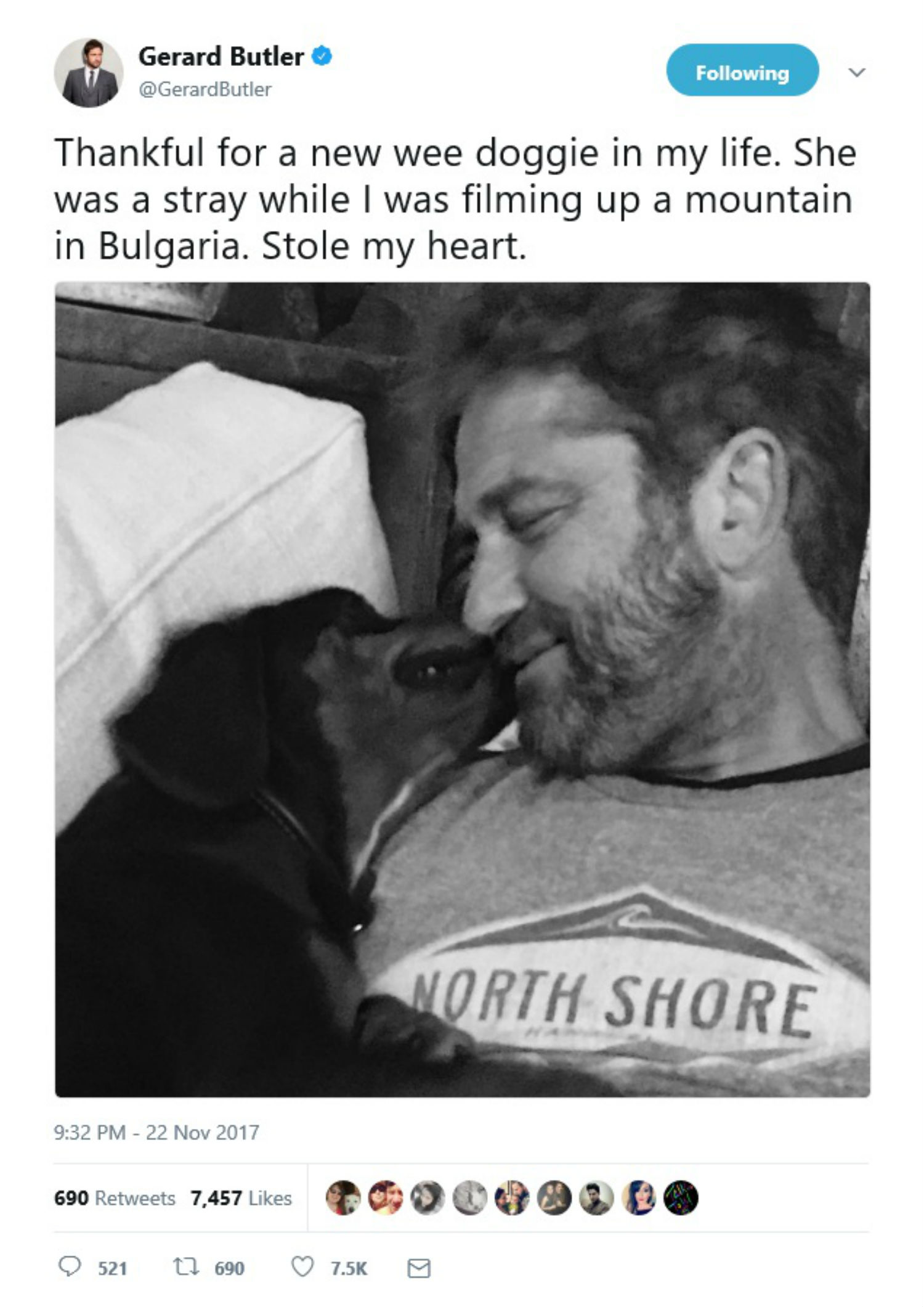 The Instagram post has so far been has been liked by nearly 135,000 followers with hundreds of social media followers commenting.

melissabeez1 wrote: “Your both smiling, awwww”

annninie commented: “She is beautiful awesome that you rescued her”

bebkaaa said: “Thank you for giving the doggie a home”

roosperu wrote: “She is a very lucky dog, you did a great thing saving her from the dangerous streetlife.”

annie_ismyname responded: “She stole your heart just like you stole ours!”

Earlier this year the 300 leading man was involved in serious motorbike incident where he was rushed to hospital.

The accident in Los Angeles happened just weeks before the premier of his latest blockbuster Geostorm.