Hearts manager Craig Levein admits he is weighing up a move for Jake Mulraney after running the rule over the Inverness winger in training.

The pacey former Queens Park Rangers player, who has made 17 appearances this season, is in the final year of his contract with the Highland outfit after moving north of the border in summer 2016.

Levein is keen to add to his attacking options in January and has cast an eye over the 21-year-old, whose manager at Caley is Hearts legend John Robertson, at the club’s Oriam training base this week. 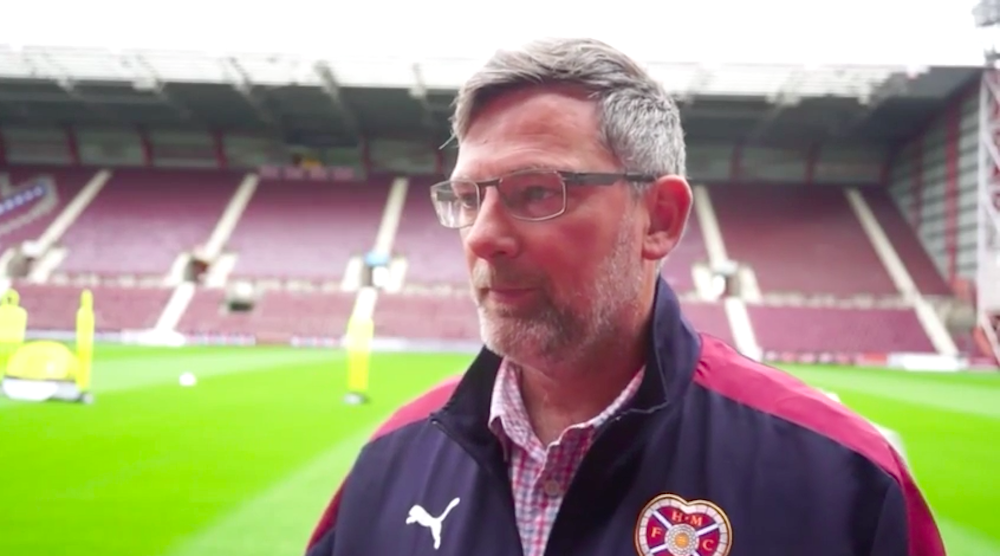 Levein said: “He has been in this week and we had a look at him. We’ll see.”

Levein, meanwhile, insists ‘vulnerable’ Hearts are under attack on and off the pitch – but admits calm heads are needed to turn their season around.

The Tynecastle outfit’s frustrations over a current six game winless run have been aggravated by problems with the stadium following the opening of the new £12 million main stand.

Today’s visit of Motherwell will go ahead despite Police Scotland writing to the City of Edinburgh Council to flag up several safety concerns in the wake of teething issues in the last three games in front of the new 7,300 capacity enclosure.

Former Scotland boss Levein has shown he has the stomach for a battle after being sent to the stand in last weekend’s ill-tempered 1-1 draw with Hamilton after refusing to back down over his stand-off with referee Bobby Madden.

But the experienced Levein insists the players and management staff must keep their composure if they are to steer clear of troubled waters.

Levein said: “The club is going through a difficult period just now, we’ve got off field issues, we’ve got on field issues and we are vulnerable to people poking us with a stick.

“The important thing for me is that we will resolve all of these things, hopefully in a pretty short space of time.

“I’d like to think that by the summer we look a lot different to where we are just now.

“These are small things. The point I am trying to make is if everything was going brilliantly at the club people wouldn’t even be talking about it.

“It’s because we have had some difficulties that these things get highlighted.

“The stuff about the stand, when I read the statement I thought there has obviously been a meeting and there is nothing to worry about.

“We’re not happy with the way things are, that’s not a secret.

“But the moment where you think the world is against us and nothing is going right, and you start talking and thinking that way then it becomes a bigger problem.

“The important thing is just to be calm, like I was last week!

“Going back three years when we were nearly out of existence, if you look what’s happened, we’ve built a £12 million stand together, we’ve got back into the Premiership, we’ve quadrupled the investment in the academy.

“I think we’re in a really good spot.

“But right now there are little things that are causing us a bit of grief.”

“We were down to ten men last week for an hour after Jamie Brandon was sent off against a team who beat Rangers at Ibrox a fortnight previously.

“I think we have got that, we have resilience about us.

“It’s hard to push the players to work hard and be aggressive and at the same time have that calmness.”