Ahead of Cove Rangers, Jordan McGhee wants new Scottish Cup memories with Falkirk after playing on pitch after Hearts’ 2012 win over Hibs

JORDAN McGHEE tasted what Scottish Cup success meant before he had even become a professional footballer – and is determined to help steer Falkirk one step closer to Hampden.

McGhee had only just signed for Hearts, but was still at school, when he watched the Jambos lift the historic trophy with their stunning 5-1 hammering of rivals Hibs in 2012.

The following day, just 15, he played in a bounce game on the Tynecastle pitch in front of a full house as part of the Gorgie club’s silverware celebrations.

The 21-year-old admits they are memories that will live with him forever, but he craves new ones as Falkirk seek to avoid a major shock away to Highland League leaders Cove Rangers on Saturday afternoon. 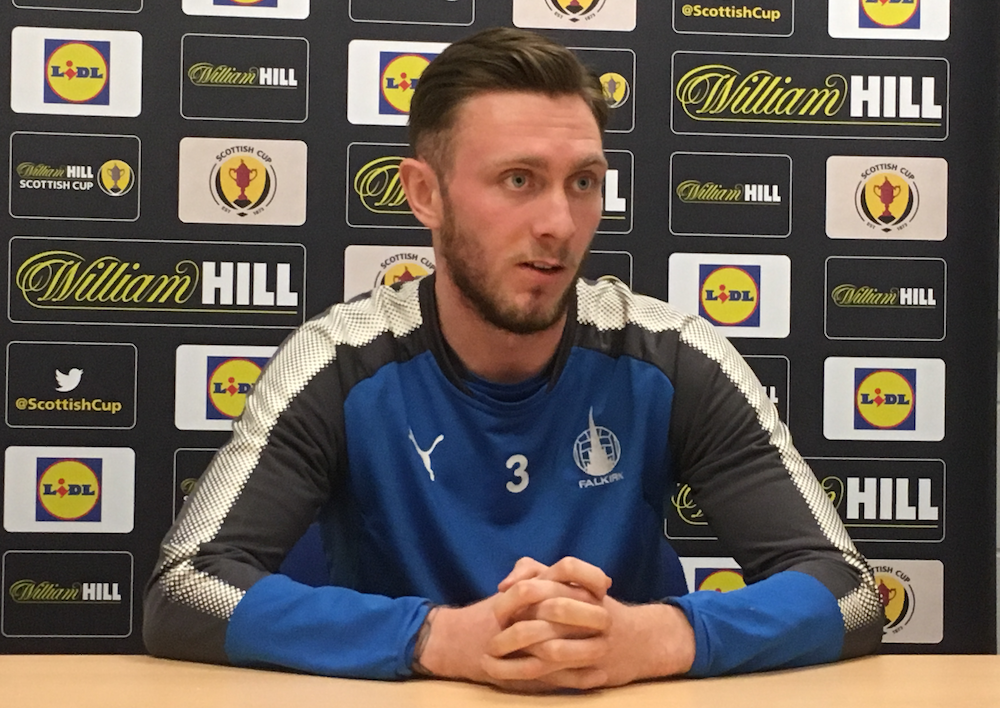 He said: “I had just signed full-time when Hearts won the cup in 2012. I was just 15 and my contract started the following season, but I was at the final.

“That was obviously special for the fans – they still sing about it, and everyone still speaks about it.

“It just shows you how you can make memories in the competition.

“I had played with the under-19s and was training with them part-time but I was still at school.

“But I managed to get a hold of tickets, so me and my family went along, and a lot of the other boys, and it was a great occasion.

“We were in with the fans, and the day after we actually got to play on the pitch at Tynecastle when they paraded the cup.

“That was a great experience for me to have when I was a young boy.

“It was an under-19 mixed game but the stadium was full with all the fans because they were parading the trophy.

“It was quite an occasion and the atmosphere was just like a game, in many ways. The stadium was basically full and the streets were mobbed as well.

“We’re now just two games away from a semi-final at Hampden ourselves.

“That’s where you want to play, on the big stages against the big clubs, and to test yourself, as a team and an individual.”

Cove are unbeaten in more than a year in league football and are flying high at the top of the Highland League with a 37-goal striker in former Aberdeen striker Mitch Megginson.

With Falkirk having struggled to reach the heights of previous seasons, some will be eyeing a possible upset in the tight spaces of Harlaw Park in Inverurie.

But McGhee, who joined Falkirk in August after being frustrated by a lack of first-team opportunities at Hearts, is determined to ensure it is the Bairns who are in Sunday’s quarter-final draw.

The Scotland under-21 internationalist added: “You see it all over and it’s happened all through the years. Even my home town, East Kilbride, played against Celtic [in 2016].

“That’s what the Scottish Cup’s all about, for the smaller teams to push themselves and pit themselves against the bigger clubs in Scotland.

“This game is the exact same. We need to go and show we’re the good club, we’re the top club.”