AMAZING video shows a car with three wheels being driven on a motorway by a motorist who later told police they didn’t see what the problem was.

The Vauxhall Vectra, with its passenger-side front wheel missing, is even seen changing lanes on the M55 between Preston and Blackpool.

The clip, taken from the hard shoulder by Tom Davis, captures the sound of metal grinding on asphalt.

In his video, posted on Sunday, three cars can be seen passing before the sound of the stricken Vauxhall can be heard.

As the vehicle passes at an estimated 40mph with the exposed metal hub scraping the road, Tom says: “What a f*ing dickhead.”

Lancashire Police stopped the driver and tweeted images of the car.

They stated: “This vehicle was stopped by our…colleagues…on the M55 after a report from concerned members of the public.

“The driver was unaware what the problem was. They are now aware a day in court is coming for numerous offences.”

On social media, @jinalolli said: “Obviously I’ve been wasting my money for years running my car with four tyres when it will go with three.” 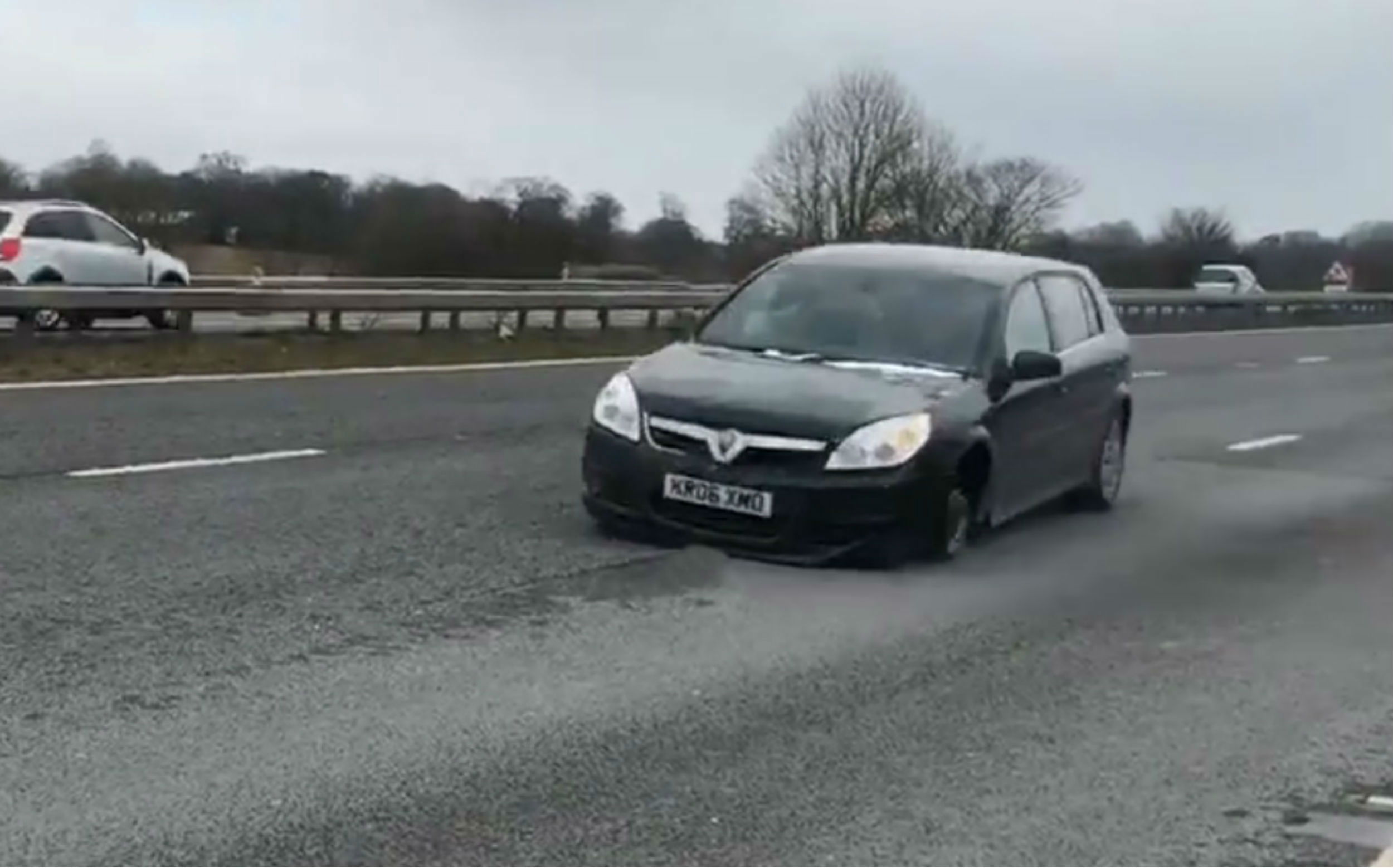 @BH4everMaa316 said: “Yeah I heard noises, saw sparks and it was driving horrible but the check engine light didn’t come on, so how was I to know officer?”

@Chica1988 posted: “How in the hell can the driver not have known what the problem was?! The entire front of the car is scraping the ground. I just…how?” 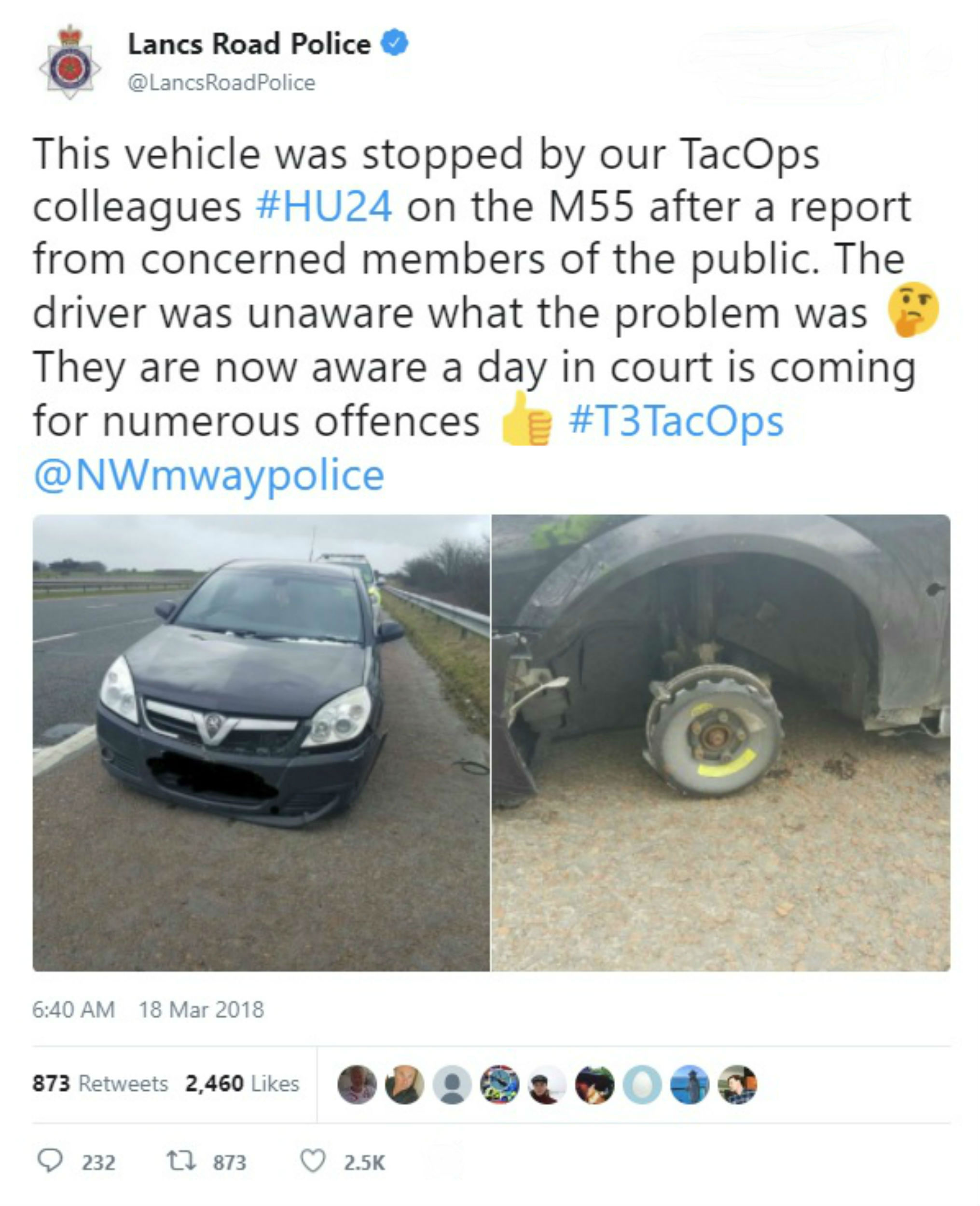 @timothypulleyn commented: “How are people like this allowed on the roads?”