A HEARTBREAKING video shows a premature seal pup fighting for her life – with her umbilical cord still attached.

Georgie, thought to be three weeks premature, was found washed up and alone on a beach in Orkney on Monday night.

The orphaned seal pup was quickly taken to Hillswick Wildlife Sanctuary where she was found to have an infection in her umbilical cord.

Animal rescuers from the centre said it was “touch and go” the next day if she would survive.

They shared a heart-wrenching clip showing Georgie lying on a towel, barely moving while she breathes heavily – unable to lift her head up.

Luckily, staff at Hillswick Wildlife Sanctuary administered some antibiotics and rehydration fluid and Georgie began to perk up and is on her way to recovery.

The pup’s appearance is rare so far North, as staff at the sanctuary said over 30 years they had only had six or seven appear on the shore.

Sharing the footage on Facebook, Hillswick Wildlife Sanctuary wrote: “We had a major scare yesterday with Georgie the premature common seal pup from Rerwick.

“When we went in to give her five o’clock feed she had a raging temperature and was unable to lift her head. 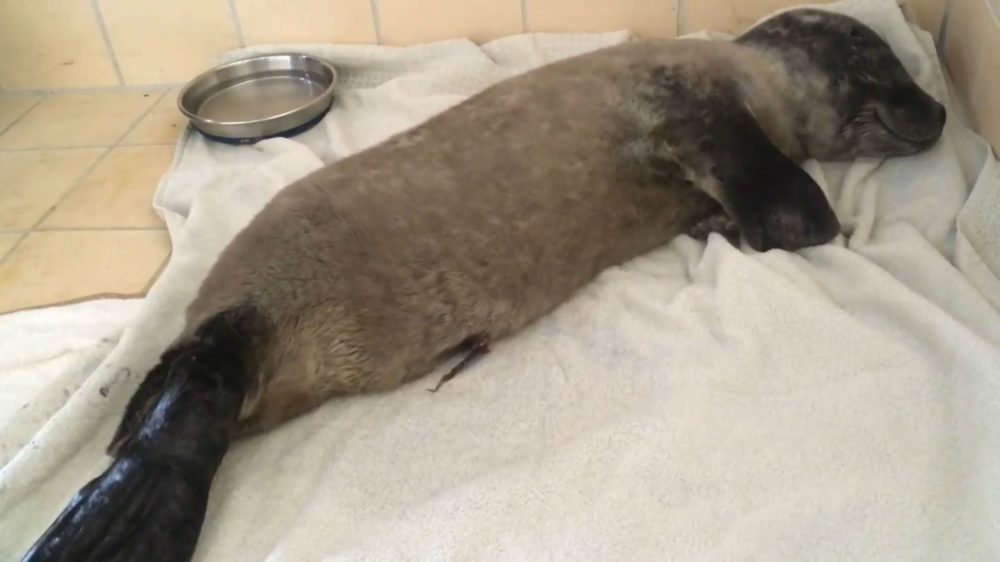 “She had already started to twitch as if she was about to have a fit and we really thought we might lose her.

“We realised very quickly that she had an infection in her umbilical cord, which is not uncommon, but very frightening and potentially fatal for one so young.

“Especially as Georgie is a premature selkie who has yet to moult the fur that in common seals comes off inside the mother’s womb, a phenomenon unique to this species of seal as far as we know. “

The footage has already been viewed over 2,600 times since it was uploaded on Wednesday evening.

The seal pup was discovered on Rerwick beach, on Orkney, on Monday evening at around 10pm. 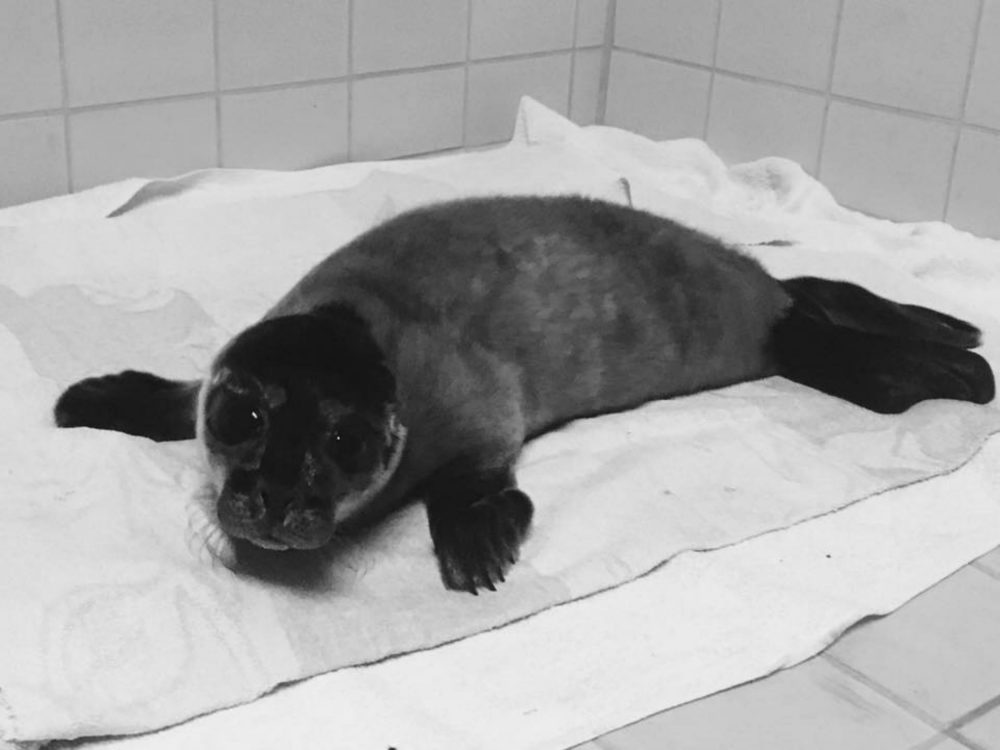 Jan Bevington, who runs the Hillswick Wildlife Sanctuary with her husband, talked those who found her through the rescue and they later picked the seal pup up at their home.

Footage captured the seal pup tucked up in towels in a bath – looking curiously up at the camera.

Staff then moved the seal from Orkney all the way to the sanctuary in Hillswick, Shetland – a daunting 114 miles. (183 km)

Further footage then shows a curious Georgie settling in at her new home and rolling around on her back playfully.

However, on Tuesday evening the lost seal pup took a turn for the worse – and was discovered with a ‘raging temperature’ and was unable to lift her head.

The heartbreaking footage shows the tiny pup – still covered in fur from her mother’s womb – lying on her side and breathing heavily.

A far cry from her playful antics the day before, staff were worried that they may lose the pup.

But, after some antibiotics and care and attention the pup has sprung back to life – with the umbilical cord coming away and beginning to heal well.

Speaking today, Jan Bevington said: “She really gave us a fright, and we were scared we were going to lose her.

“Especially because she’s premature, she won’t have the same ability to fight off an infection.

“She’s still really fragile but she is doing much better than she was.”

Asked if premature seals washing up on the beach are a common occurrence, Jan replied: “It’s not all that often, in 30 years up here I’ve only seen maybe six or seven. It’s not really that common up here but it does happen.”

Social media users were quick to fawn over the adorable pup and praise rescuers.

Jesma Cheyne added: “Well done, poor wee thing, what a start in life. You do such a great job.”

While Karol Walker said simply: “Well done all of you.”