ALAN STUBBS still recalls his fruitless attempts to kick Steven Gerrard off the park during fraught Merseyside derbies, so the prospect of renewing hostilities with the Liverpool legend in the dugout feels somewhat surreal.

The new St Mirren manager describes sharing a pitch with Gerrard as a ‘privilege’ however, having registered just one win over the Reds in six years spanning two spells as an Everton player, one suspects it was not quite so enjoyable at the time.

Their turf wars now a distant memory, Stubbs has nothing but respect for the rookie boss’ decision to embark on his managerial career at Rangers, with the suffocating expectations and scrutiny that role entails. 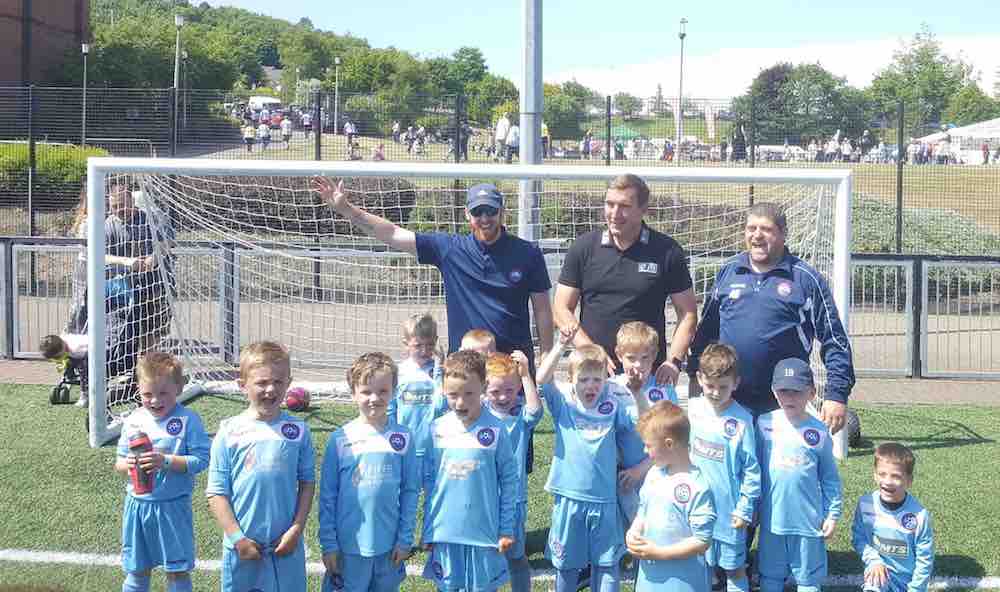 Stubbs, a Celtic player for five years, contends life in charge of one of the Glasgow giants will be ‘eye-opening’, even for a man with Gerrard’s pedigree, however, he has no doubt the 38-year will embrace the challenge.

“He’s been an incredible player and someone I have been on the privilege of sharing a pitch with,” said Stubbs. “I’ve seen him being, more often than not, the person who single-handedly won derbies against us by producing a moment of magic.

“Did I kick him? I tried to. I’m just glad he was in the middle of the park and not up front though! It seems a bit weird that our rivalry starts again off the pitch.

“I had a text from him a couple of days ago to wish me all the best, which was nice, and I said the same to him. Knowing Steven, the type of character he is, he’ll be absolutely relishing the challenge.

“Did I see it coming? No, but good luck to him. I admire his bravery more than anything – it shows balls. Privately he’s had a few offers to go in, not felt they were right, but he’s jumped in now. I think he’ll find it eye-opening.”

While Gerrard’s ability as a manager remains an intriguing unknown – coaching Liverpool’s under-18 side is a limited sample size – there is little doubt that his appointment has proved a PR coup.

Ten thousand supporters turned out an Ibrox to welcome their new boss, season ticket sales are prodigious and there is an air of positivity around a club that, for long period of last term, felt in the doldrums.

Stubbs, however, believes that fillip will be felt beyond Govan.

“If you look at the calibre of managers that are in the SPFL, including Steven now, I think it’s fantastic for the profile of Scottish football,” he continued. “The league seems to be getting stronger, and harder. If you are a sponsor of the SPFL now, it’s great.”

Given the regard with which Stubbs is held by Hibs supporters – masterminding an end to their 114-year Scottish Cup hoodoo ensure he will never pay for a pint in Leith ever again – it is peculiar to consider that Stubbs is yet to manage a single top-flight match.

Despite the unforgettable success of May 21, 2016 at Hampden, his two campaigns in the Easter Road dugout ended with failure to escape the Championship. “I know, I’m rubbish, aren’t I?” he says with a smile.

Nevertheless, he has unshakable faith in his ability to craft a quality, Premiership side as he takes the reins in Paisley. He contends that he has already done it.

“In my mind, I built a Premiership club with Hibs – but I didn’t have the privilege of managing them in the Premiership,” Stubbs continued.

“It put me good stead for knowing I can build a team that can compete in the Premiership, which is something I know that I’m going to be doing when I go into this new job.”

Indeed, Stubbs does strike a content figure as he resumes his coaching career in a nation which has become a home away from home, having become a beloved figure at both Celtic and Hibs.

“I spent a large chunk of my playing career here and there’s a real understanding and bond in Scotland that you never forget,” added Stubbs. “It shows you’ve done something right.”

***Alan Stubbs was speaking at the McDonald’s & Scottish FA Community Football Day in Dalgety Bay. These football days are taking place across the UK this summer, giving thousands of children the chance to enjoy the beautiful game.***

Share
Facebook
Twitter
Pinterest
WhatsApp
Linkedin
Previous articleFormer Hibs boss Alan Stubbs admits he was ‘in a rush’ and wrong to leave Easter Road for Rotherham as he embarks on St Mirren job
Next articleChelsea kid lands prestigious award and insists: ‘this is just the start’