Craig Levein admits he is revelling in Hearts’ outstanding start to the campaign as both a manager and supporter.

The Tynecastle outfit registered a sixth win from seven league outings in a 2-1 success over St Johnstone at the weekend – three days after reaching the Betfred Cup semi-finals. 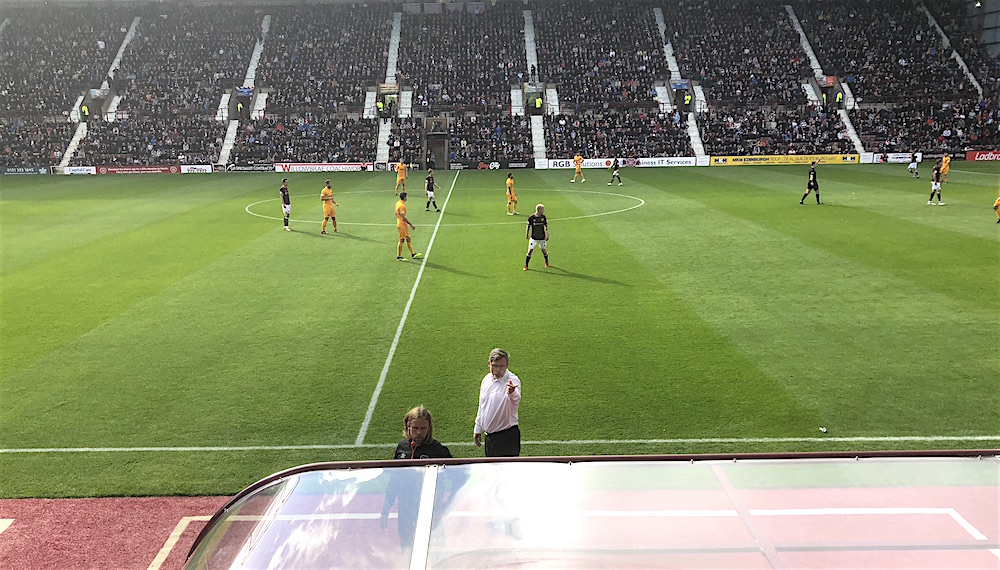 And despite facing a daunting run of league fixtures against Rangers, who they face at Ibrox this weekend, Aberdeen, Hibs and the Bhoys, Levein admits he cannot help but appreciate how well his team have done so far this term.

Levein, whose side are already ten points better off that there were at this stage last term, said: “It’s a good time to be a Hearts supporter and a good time to be the Hearts manager, so I’m lucky enough to be two of those things.

“From my point of view I’m so pleased with how the players have done up until this point and the secret is unity and team work, and everybody that recognising they’re part of a group and not just an individual – and that has worked well for us until now.

“I thought the play and the movement in the forward areas on Saturday was excellent, the best it’s been probably and I’m really disappointed for the players and the supporters that we didn’t run up the scoreline that we should have done.

“When we move the ball quickly we seem to be able to move through the pitch really slickly but my biggest bugbear from the game on Saturday is that we created lots of chances and never finished them off.

“If that’s the most I’ve got to complain about then it’s not too bad at all.

“We have to work to do to prepare ourselves for the game against Rangers and we’ll be ready come Sunday for sure.”

Levein recruited some 18 new players during the summer following the disappointment of finishing sixth last term.

Among those, the likes of Uche Ikpeazu, Olly Lee, Peter Haring and Jimmy Dunne have all caught the eye but Levein admits he has been pleasantly surprised by the impact Steven MacLean has made at the age of 36.

Eyebrows were raised when Hearts plundered St Johnstone for the veteran marksman during the summer but MacLean has contributed with four goals from nine starts.

Levein added: “Steven is 30-something and played three games in a week (against Livingston, Motherwell and St Johnstone) and I don’t know the last time he would have done that – and played nearly all of the 90 minutes.

“I knew Steven was a good player but he’s played a lot more games that I thought he would.

“He’s a great example to all young football footballer players to still be performing at the level at the age he is.

“But Uche has also been a real find, Olly Lee has been a fantastic player, as has Peter.”