A TEN-YEAR-OLD Dundonian is set to make his professional debut at Dundee’s comic convention next weekend.

Drew Marr, a pupil from Blackness Primary School, published his first comic book series last year after being inspired by comic artists such as Sha Nazir and John Ferguson to put pen to paper.

The enthusiast-turned-professional will appear at DeeCon on Saturday 20th April to share limited edition prints, t-shirts, and copies of his 24-page comic, The Rehabilitation of Doctor Eye which is the first of a ten-part series.

Drew said: “DeeCon has been such a huge part of my life and it’s always so much fun and colourful, I’m so excited to come this year as an artist.

“This year I will launch the third instalment of my comic series and I’ll also have some exclusives just for the convention that I can’t wait to show off.”

His comic book series is based on the life of a supervillain, Doctor Eye, and follows the story of how he changes his villainous ways to become a force for good.

Despite his age, talented Drew is a DeeCon veteran who first attended the event seven years ago at the age of just three.

As interest in comic conventions has grown, so has demand for tickets and the event has been forced to expand widely across Dundee University campus for the first time this year.

Marceli Guziewicz, an animation student at Dundee University and the organiser of the event said: We are expecting more than 3,500 visitors this year so we’ve had to broaden the scope of the celebration.

“Drew will be in the Bonar Hall just off Perth Road, while only a short stroll across campus will take you to our cosplay and gaming centres as well as more amazing art and merchandise vendors on Level 4 of The Union.”

DeeCon takes place on Saturday 20 April. Tickets start at £4 for adults and children under-12 go for free if accompanied by an adult.

Proceeds from the day will go towards Duncan of Jordanstone College of Art and Design’s animation degree show next year. 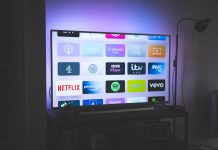