Celtic winger Daniel Arzani has revealed how a training session was once stopped when teenager Armstrong Okoflex was warned he risked sustaining a serious injury for trying to nutmeg captain Scott Brown.

On loan Manchester City playmaker Arzani is currently stepping up his recovery from ruptured anterior cruciate ligaments that he sustained on his debut against Dundee last October.

But the 20-year-old has recalled how highly-rated England youth internationalist Okoflex, who was 16 at the time, paid the price for trying to embarrass Brown during practice at Lennoxtown.

Brown got revenge on Okoflex, who joined from Arsenal on a three-year deal last summer, and Arzani admits the youngster was told on no uncertain terms that it was not wise to get on the wrong side of the former Scotland skipper.

Australian internationalist Arzani said: “We had a little incident with one of the young boys who came up

“He called nutmeg as well and he tried to nutmeg Broony, and Broony absolutely crunched him – it was bad.

“They kind of stopped the session as well, ‘you can’t do that’, and the coach got involved and stuff and was like, ‘if you do that, Broony’s going to break your leg’.

“He said: ‘If you do that I can’t stop Broony, he’s going to break your leg – it’s your choice if you want to do that’.

Despite being taken aback by Brown’s ferocious competitive spirit, Arzani admits the 33-year-old is a completely different person off the pitch.

Speaking to the Fox Football Podcast, he added: “He’s a good guy as well. Absolutely maniac on the field, like crazy, but in the changing rooms a top bloke – really easy going, really chilled.”

Arzani joined on a two-year loan deal last summer immediately after signing for City from Melbourne City but insists manager Brendan Rodgers’ switch to Leicester City in February makes no difference to his personal situation.

He added: “For me it (Rodgers’ departure) doesn’t change anything. It was a challenge for me to play under Brendan Rodgers at the beginning because his mindset was to have his attackers defend a lot.

“I think this gaffer (Neil Lennon) is a bit more lenient with that but either way it’s going to be hard and it’s not an easy team to break into, there are a lot of great players in that squad but I’ll give it my best shot.

“For me personally I’ve set my sights on next season being a big one for me and proving a lot of things.

“A lot of people saying I have potential but at the end of the day I’m still unproven and I have a lot to prove and I can’t wait to get back into it.”

Arzani, meanwhile, insists he will not be too far behind his team-mates when they return for pre-season training later this month.

He added: “I’m basically doing everything now but it’s non-contact.

“In my first week back I’ll be in rehab and in my second week the boys go away to Austria for a pre-season camp and then in that week I go back to Manchester to do my final week of testing to make sure everything is up to normal strength and hopefully after that back into training.

“I’ve had no set-backs, everything has gone really, really well and hopefully everything stays on track.”

Arzani is also desperate to experience an Old Firm clash against Rangers having witnessed last season’s tussles from the stands.

He added: “I haven’t been out there yet but it’s crazy, such a big game.

“There’s really a lot of tension in the air, we get a sell-out for every game but it’s a good vibe and everyone is cheering, but the Rangers game – one bad touch and everything is like really on edge.

“Everyone is desperate to win and rightfully so, it’s a big game.” 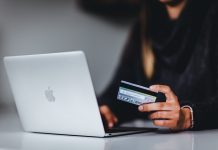 How To Start Building Credit 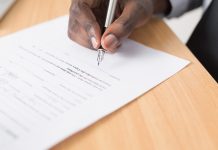 What is the Difference Between a Bid and a Tender? 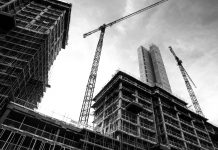 How to Ensure Your Property Development Runs Smoothly