Hibs midfielder Stevie Mallan is adamant the Leith side are on to a good think with Jack Ross after being reunited with his former St Mirren manager.

And from the brief time he spent working under Daniel Stendel at Barnsley, Mallan also believes Hearts would be recruiting a shrewd manager if they opted for the German.

Mallan was part of a Buddies team that Ross steered to Championship survival during the 2016/17 campaign before the playmaker left the club for Barnsley and admits he has fond memories of the time he spent under the 43-year-old, who has replaced Paul Heckingbottom just six weeks after being dismissed at Sunderland. 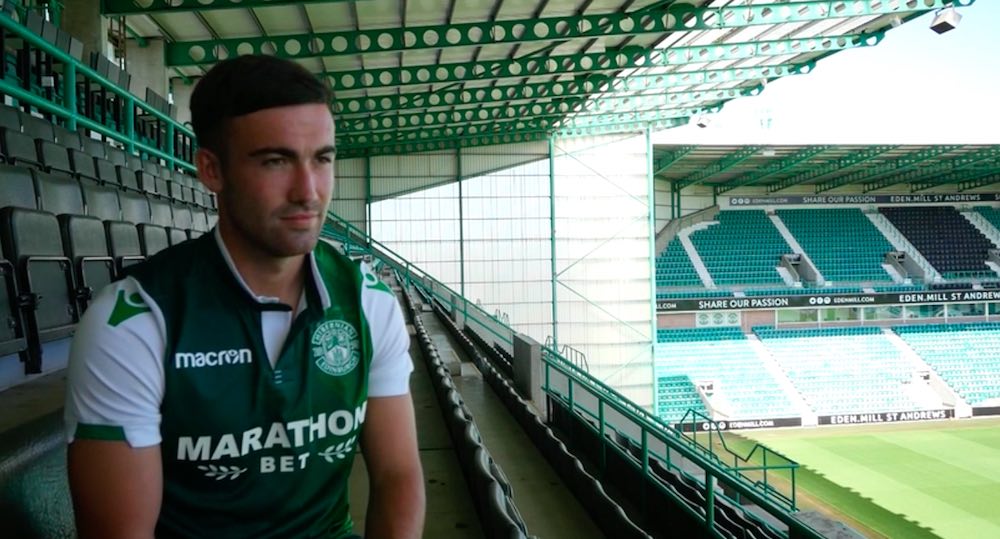 Mallan said: “A lot of the guys have been asking me what he’s like as a manager, what his training is like, the usual questions.

“Like with the last manager all I had to say was positive things because it was a great time when I worked with him at St Mirren even though when we first started out it was a bad time for the club.

“We had a great end to the season and defied the odds by staying up.

“He was a good man-manager and his door was always open if you wanted to speak to him.

“That’s one thing you want when you’re not playing, somebody telling you what you need to do to get better, how close you you are to the team.

“He picked the spirits up at St Mirren and we all gelled together as a team and we felt a lot closer.

“He let me go and perform and he would take that serious side away from it and let you go and enjoy your game even though we were wanting to win every Saturday.”

Mallan has also knowledge of the man Edinburgh rivals Hearts are said to be after to replace Craig Levein.

The playmaker only worked under the Stendel for two weeks before making the switch to Hibs in summer 2018 and insists the team-mates he left behind all had good things to stay about the former Hannover 96 boss.

The 45-year-old was axed last month following a run of ten Championship games without a victory, having led the Tykes to promotion from League One.

Mallan added: “I only worked with him for a couple of weeks – but even then it was evident it was just all about pressing and high-intensity running off the ball.

“We were always in groups of twos and threes pressing the ball.

“And I watched a bit of Barnsley last season because I still have friends there and it was evident in their play.

“They won promotion and it was just all high pressing, high running

“He was rated highly down there, it was the same with Hecky (Heckingbottom), who got them promoted as well.

“I think a lot of the fans bought into the style of play Stendel brought in.

“And I know from speaking to a few of the boys there they rated him really highly as well and a lot were gutted when he got the sack there.

“That’s obviously going to help Hearts. Both teams are changing managers and both teams are looking to get up the table.

“I just hope we come out better.”