However, the German coach believes claiming an unlikely triumph over Celtic would be the perfect antidote to the mental fragility which has plagued the Jambos this term.

Hearts were woeful in Stendel’s maiden match in charge against St Johnstone on Saturday, with a Callum Hendry goal enough to secure a 1-0 victory for the Perth Saints and condemn the capital club to 11th place. 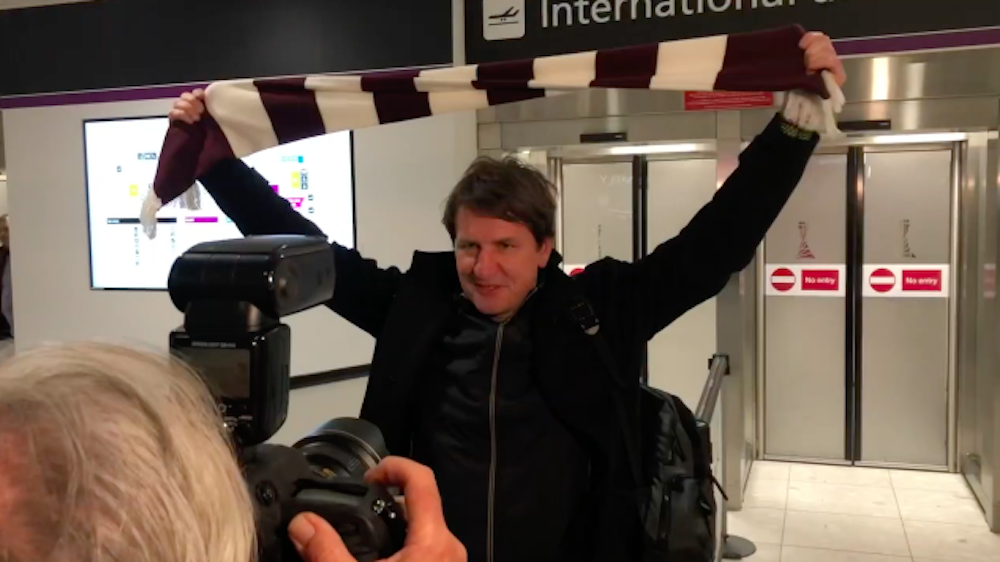 The men in maroon have now won just one of their last 11 Premiership matches and are only ahead of rock-bottom Hamilton – who they face in Lanarkshire on Saturday – by virtue of superior goal difference.

“In a game against Celtic, with the expectations not so high, it’s a big chance for us to change the situation – and change things in the minds of the players,” said the former Barnsley and Hannover boss.

“When we concentrate on our game and play with a little more courage than we showed on Saturday – which isn’t difficult – then we have a chance to create chances against Celtic.

“If we get results, we get more confidence back.

“My experience after Saturday’s game tells me that, if we want to do more in the future, we need more confidence. We need more players who say: “Okay, I take responsibility. I’ll take the ball. I’m defending this ball.

Asked whether the current Hearts squad possesses enough big personalities to handle what swiftly threatens to become a relegation scrap, Stendel is far from convincing.

“We have a lot of experienced players who have played a lot of professional football games. I expected more, especially from these players,” he continues. “But in the end we are all people, and when you don’t have confidence – even when you have played more games than other players – it is difficult to fix.

“I am trying to talk with some players about what we can change on the pitch and I have the feeling they want to change, too.

“But the question is how quick we can change it.”

And any attempts to impart his football philosophy are hardly aided by the fact Stendel is still without his trusted assistant, Chris Stern, who remains on gardening leave from Barnsley, making bringing him to Hearts a complicated affair.

“A lot of things are easier when you have people on your staff who know what you want,” continued Stendel. “You can start immediately making changes.