A music charity has helped revive a pipe band to a local community after five decades of silence.

The sound of the pipes was last heard in Garnock Valley in North Ayrshire in 1965 and it was feared the collapse of the community pipe band would mean piping in the area had been lost for good.

But thanks to the support of the Scottish Schools Pipes and Drums Trust (SSPDT) along with invaluable assistance from North Ayrshire Council, more than 100 young pipers and drummers are now receiving lessons each week.

The initiative has now allowed the Garnock Valley Pipes and Drums Band to be reformed – with the young musicians aiming for success when they compete in the Scottish Schools Pipe Band Championships next month. 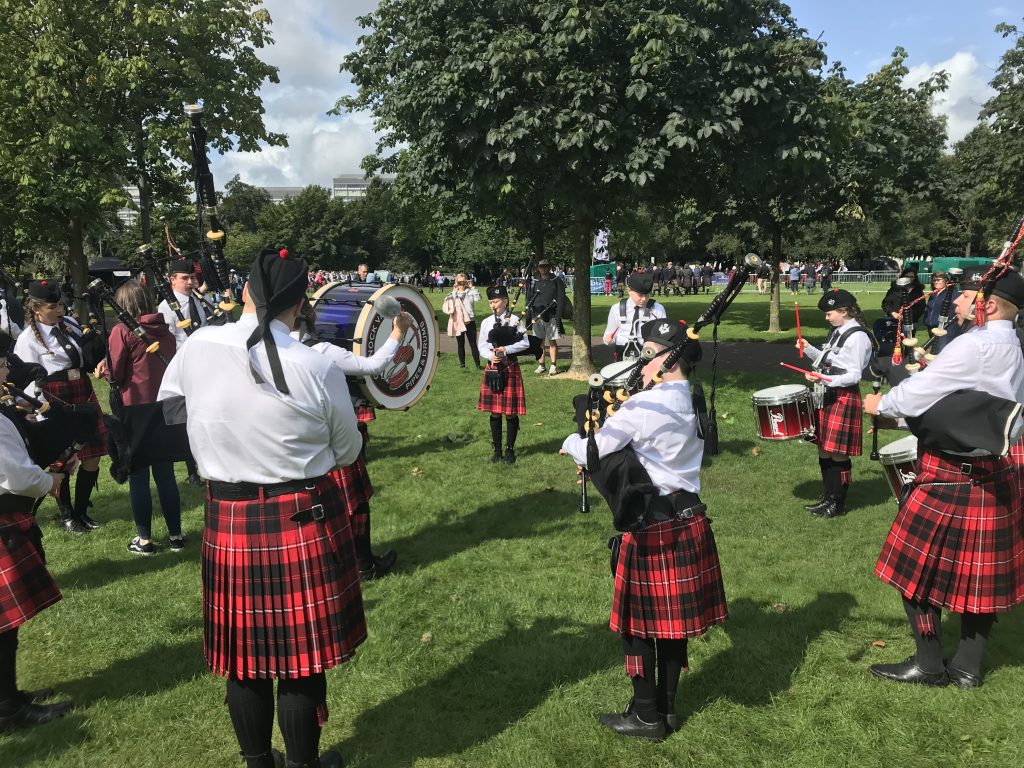 Band Committee member Mae Murray said: “It has been a very long time since there has been a pipe band in Garnock Valley, so to see so many young people getting involved in playing the pipes is such a fantastic feeling.

“The SSPDT has been extremely supportive in making this become reality. It’s not only having a tremendous impact on the kids playing the instruments but also on the community too.”

Mae, former Head of Instrumental Music at North Ayrshire Council, added: “We are seeing so many young people taking pride in their ability to play the pipes, and this can only have a knock-on effect on their development in later life.”

The SSPDT was created after its founders recognised that being part of a pipe band helps young people to achieve more widely and develop important transferable skills for life, learning and work, but that the pipes and drums were not being taught in most schools.

The Trust also recognised that many community bands, once at the heart of their communities, had either folded or were struggling to find new members.

By developing local and long-term models of learning from an early age and into further education and adulthood, the charity aims to give every young person in Scotland the chance to learn the pipes or drums if they would like to do so.

SSPDT Chief Executive, Alexandra Duncan has praised North Ayrshire Council’s Instrumental Music Service in lending their expertise and in-kind support, but explained the main challenge is the sustainability of the project because, without funding from the Council or schools currently, the full challenge of fundraising for tuition and band events rests currently on the efforts of the voluntary committee. 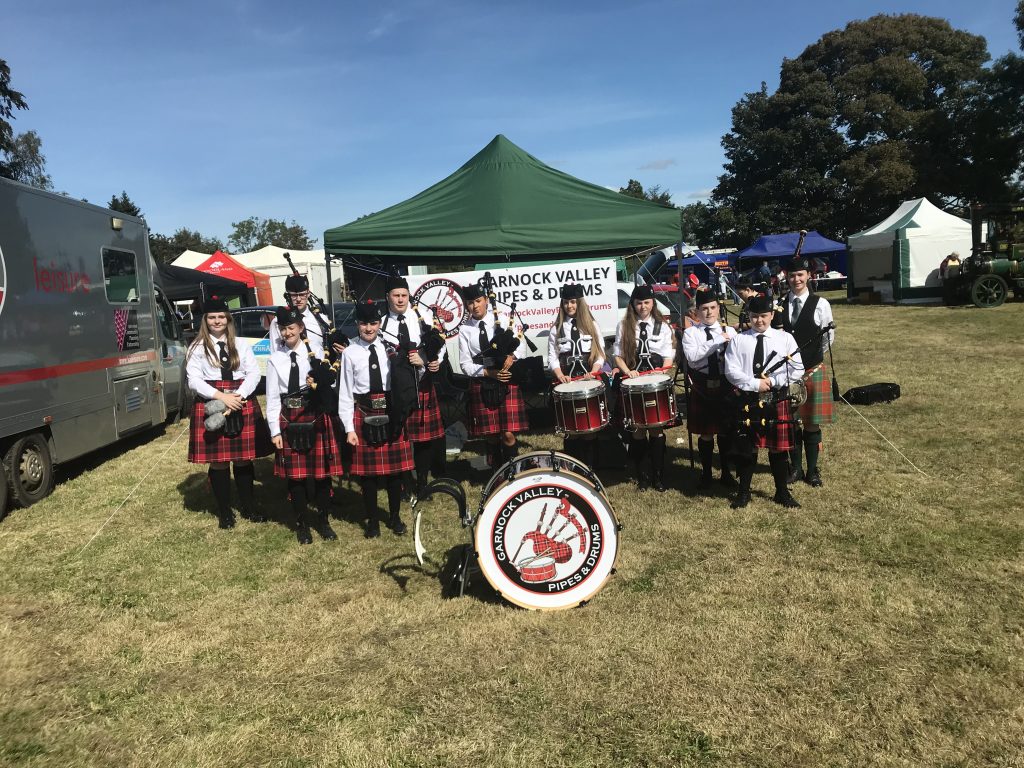 Alexandra said: “This is a fantastic achievement that should be celebrated across Garnock Valley.

“However, sustaining this kind of programme, where tuition has been offered free of charge so far, and where neither the schools nor the Council have been able to help with funding so far, is a real challenge for a voluntary steering committee.

“Where a tuition fee is contributed by most families, tuition becomes more sustainable and in these circumstances SSPDT works with schools to provide an inclusion fund which offers free lessons for pupils for whom fees are a barrier.  In some areas, the schools and community are keen to keep tuition free because many families would find it difficult to afford any fees.

“These are the most challenging programmes to sustain, and yet they are hugely popular, and learning an instrument and being part of a pipe band can make a profound difference to young people in terms of achievement and attainment.”

As well as supporting Garnock Valley, North Ayrshire Council’s Instrumental Music Service also worked in collaboration with private funding to bring the musical opportunities to the school children on Arran.

The Garnock Valley Pipes and Drums Band has captured the imagination of the local community who helped provide uniforms for the musicians when they competed in last year’s World Pipe Band Championships.

The band is set to represent the community once more at the Scottish Schools Pipe Band Championships which takes place at The William McIlvanney Campus in Kilmarnock on Sunday 8th March. Around 800 musicians are expected to take part in what is the world’s biggest schools piping event.

Ian Broughton, Pipe Band Chair and whose granddaughter is one of the musicians, said: “The SSPDT gave us a loan of 17 sets of bagpipes which has proved to be invaluable in attracting many young people who may not be able to afford the tuition.

“It is important that we can continue to be supported by the local community. We have fundraising events set up with local businesses who recognise the value this project has on young people.

“What fills me with pride more than anything is seeing how these young people look after each other and develop as part of a team, and for some these are memories that they may never have had if it weren’t for the project. I firmly believe the discipline, structure and motivation these kids are showing will set them up for the future.

“We are going to be competing again at this year’s Scottish Schools Pipe Band Championships and I think we will surprise a few people.”

The SSPDT has helped 47 schools pipe bands to form so far, building on tuition provided in 265 schools. It is currently supporting projects in 22 local authority areas.

For more information on SSPDT and its work, please visit: https://sspdt.org.uk/