Did you know that every time you stepped out the front door you were, more or less, making a gamble on your life? The world is full of danger and you can perish in virtually even the most banal situation, whether that’s a car crash or just a slip down the stairs. But let’s not be too grim and talk instead about what’s more likely to happen in your lifetime. Landing a royal flush or having a plane crash?

With the recent spate of Boeing passenger aircraft crashing due to a malicious software bug, people have been interested to know what their odds of dying in a plane crash are. Well, as it turns out, you have a much “better chance” to die in a plane crash than draw a royal flush, something that’s supposed to be a mere game. Yet, this really isn’t as scary as the odds may make it sound.

What Are Your Odds of a Royal Flush?

Poker probability is a nightmare, but once you commit the numbers to mind, you will find it a little easier to accept the game for what it is. For example, a seasoned poker professional knows that your odds of drawing royal flush are actually 30,939: 1.

In other words, your probability to create a royal flush is 0.0032% or one in 4,324 hands. This puts your chances of creating a Royal Flush hand pretty at a somewhat negative outlook.

Yet, people do get lucky, and let’s face it, 4,324 hands of poker isn’t that much when you come to think of it, and especially if you tend to play a lot. Now, let’s take these chances and compare them to your odds of dying in a plane crash.

Dying in Plane Crash, What Are the Odds?

Now, since air traffic has become commercial, people have felt a compulsive fear of the flights. Sure, some people, especially globe-trotters, associate flying with boredom and soreness, but if they had enough time to actually stop and think about it, they would most likely have the basic human reaction, i.e. being terrified.

Flying puts you completely out of control. A pilot may be able to fly with one engine, but if the engines stop, all he can do is to try and soft land, which is difficult when the plane has 70 miles to go down and nothing to land on. Even impact with water would destroy the plane.

As to your actual chances of perishing this way, that is some one in 9,821. However, even when that happens, flying is safe, and even crashes are often averted calamities. The number of fatal crashes is falling continuously, albeit problems with software as highlighted by Boeing’s hire of cheap engineers is definitely worrying.

Yet, with mankind prepare to fly into the vacuum of space, commercial flights are seeing some sizeable improvements in emergency mechanisms and this will stilt the odds against dying in a plane crash even further. Perhaps even to the point where your probability of dying in a plane crash is much smaller than the 0.0032% you have to draw a royal flush.

Not too sure just yet? Let’s take a look at our irrational fear of flying and why we are terrified.

Why Are We All So Scared of Flying?

Flying leaves us without any choices. We are no longer in control and should anything go bad with the engines, for example, we are at the mercy of elements and gravity. Yes, this is the scary news, but here are a few facts to reassure yourself.

In 2019 alone, the number of commercial airplane accidents were 86, but only 8 of those ended up with a tragedy. Of course, there is no telling when this would happen to you and under what circumstances, but your chances to be a passenger on one of these planes is very slim.

You can further reduce the possibility of this happening to you by picking the plane make that has the fewer accidents on record. Yet, even though Boeing is statistically more reliable 2019 has been a bad year for one of the oldest manufacturers of aircraft, with a few accidents more.

To help you put your mind at peace or in the very least, create new horrors for you to keep you entertained and imagination running, think about how you have gone through life without actually considering your chances of dying in a car crash or because something as simple as an infection.

As it turns out, heart disease already kills 647,457 people worldwide. Of course, you can argue that heart disease is still something you can control, and this is true. You can keep a healthy weight, exercise regularly and pick a healthy diet. Yet, people who do end up suffering from heart disease hadn’t done any of that even though they could have averted it.

Your odds of dying by lightning for example, in a lifetime, are 1 in 3000, which is still pretty scary, especially if you live somewhere where nature’s elements are a common occurrence. Whatever the situation, there is always a small slippery chance it may go south, but here’s the important part.

All these odds are interesting to compare as we don’t think about them in our daily lives, and you definitely shouldn’t or you won’t leave the house.

But the other side of the coin to a tragic event is an equally unlikely happy event. For those lucky individuals that hit extremely unlikely odds in a positive way, there is unfortunately an individual who catches the opposing negative in life!

So, there you go, your chances of drawing a Royal Flush are much slimmer than a plane crash. Trouble is, gambling is fun and catching a plane to gain an experience abroad is also fun so by no means should you be put off by either. 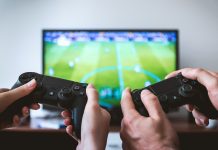 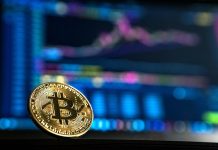 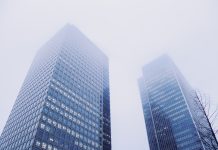