The BRAVE performance blueprint will build on the good work already being done across the country to support hockey athletes.

The aim is to bring consistent international success for Scotland – playing in FIH World Cups; competing for medals at Commonwealth Games; senior and junior teams regularly competing amongst the top six in Europe; and a high representation of Scottish athletes in GB programmes.

In the drive to deliver sustainable success on the world stage, four elements have been identified that are key to the success of the blueprint.

These relate directly to our characteristics and culture as a nation, the style of hockey we wish to play, how we optimise athlete development, and our priorities for delivering quality coaching to support our best athletes.

Scottish Hockey’s Head of Performance, Andy Tennant, said, “There’s clearly a lot of good work already happening across Scotland, so the idea is to build on this and align our system to create an identity for ourselves as a high performing performance hockey nation.

“So BRAVE helps define who we are; how we want to play; how we best develop talent, and what our key coaching priorities are. If we can align all these key elements, it will give us the best chance to be successful on the world stage.”

Using BRAVE as a mnemonic, the blueprint has identified five key characteristics in players that will help deliver consistent and sustainable success on the world stage.

Andy continued: “We want to build a system that helps players be those five things.”

The BRAVE Performance Blueprint has been designed to be a living breathing document that will continue to evolve and develop over time as the game at international level requires and coaches across Scotland can help contribute to this.

Scottish Hockey’s performance team, including its high performance coaches and pathway coaches, have all engaged with the BRAVE development process in a collective effort, and now it’s time for coaches across the country to get involved and have their say. 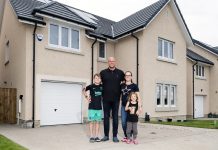 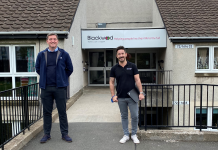 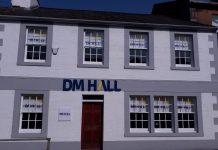