With the NFL season draft picks opening on April 30, fans wonder which teams are currently on the top. The Jacksonville Jaguars might be on the top on the first picks for drafts and may catch the top hopefuls this year, but we’re pretty sure that it might not be a cause for a celebration just yet.

It’s hard to keep track of who is in the current power rankings this season with the endless array of rankings available for viewing, but the picks odds aren’t available yet. We’re just at the drafts, but I’m sure none of us can wait to see which teams are clearly worth on the top.

The Buccaneers defied all odds with their unrelenting capability to remain on the top spot. Their quarterbacks, whether in their players, with their 22 starters from their Super Bowl Championship, to their defensive ranking.

It’s no doubt that this team is here to dominate. They recently re-signed Ndamukong Suh and are expected to grow their defensive line with the 2021 NFL drafts. Starters and defenses are easily the skill set the Buccaneers will hone this season.

With Chase Young as part of their team, the Washington’s definitely rose on top. The former rookie developed to be the NFL’s best pass rushers during his stay at the team, but he’s not alone in the dominant line, joined by Sweat and Allen. It’s not just Young who dominates; McLauren and Samuel could make the offense game stronger.

The Rams may be in the top 10 but losing Staley made a massive blow to their games. Nevertheless, they still have Donald and Ramsey for defense as one of the best units in the NFL.

Other than them, the Rams have Stafford, who will bring the games some consistency and strength through explosive plays. This will get the Rams on the top with a more vigorous defense. Teams should watch out for this trio once the season starts.

The Steelers took a sad turn last season as most of the team members suffered injuries halfway through the 2020 NFL season. One might think that they already took enough blows for the season, but not yet.

Salary caps brought constraints, causing them to lose Dupree and Hilton. However, this still not discourages the Steelers from being the top, and they still hold a strong group this season, just not as elite as they used to be. All they can do is probably choose the best draft they think could benefit them and a lot of hopeful thinking.

The Raven’s are still on the top 5 teams this season, but with Judon and Ngakoue gone from the team, the pass rush of the Raven’s this year will be different, thus creating a need for them to develop new ways to improve their team by placing members as edge runners.

Their other chance to return to their elite status this season is by choosing the right draft to join them. If not, they could end up in more trouble.

With Lawson and Noy gone from the Dolphins, they are expected to replace their front 7 with better players, especially edge runners who can get after a QB.

Their chances of making it to the playoffs lie on Tua Tagovailoa’s impressive defense skills and their probability of choosing the excellent quality talent in the upcoming NFL draft.

The Chargers have enough talent to make it to the top 5 defense. Having Staley as this season’s coach is a considerable upstart for the team to develop a more robust and better defense. They can double their winnings if the team decides to draft a cornerback early and might need to look outside the NFL drafts.

The Patriots had significant additions to their offensive side this season. However, this includes a hefty price tag costing at least $270 million on just contracts. The 12 players they signed included Hunter Henry, Jonnu Smith, Nelson Agholor, and Cam Newton.

Lawrence would have been an excellent addition to the roster, but of course, Jacksonville is already rooting to have him on the first draft, so the Patriots would just have to make do with their new players – and make the price tag worth it.

If there’s a piece of friendly advice we could give to the Patriots, it would be “lose now, win later” which is a sure-fire way to at least get the first dibs on a QB next year.

The Giants have a new cornerback this year, Adoree Jackson. With Jackson around, The Giants would have an excellent defense this season. However, their defense would be better if they could find a terrific edge rusher in the NFL drafts.

A good choice would be Jaelan Phillips; however, all the hope for winning this season lies on Daniel Jones. It’s time for him to pay back the hefty price tag he received.

Formerly in the top 5, the Colt’s now fall behind. Before 2020, Wentz dominated the playing field, but the Colts truly felt the blow with his performance last season.

With a spectacular reunion with Frank Reich, the Colts would be Super Bowl material. Plus, with the new people in the roster, which is a far cry from what Wentz had in Philly last year, they would have more chances of winning.

But that’s not all yet…

We already know which team could be on the top; however, the team’s actual odds are still not yet posted. It might be prudent to wait until the draft picks for this season. Once the teams finally choose their new drafts, we might pinpoint which team will win.

It’s all in the new player. Who knows, one of those drafts might be the next NFL legend, and it won’t matter which team he belongs to, they’re already the champion. 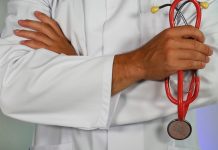 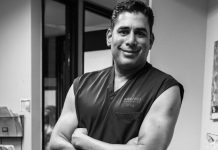