RYAN PORTEOUS suffered in the stands with his fellow Hibs fans in 2012 and was then warned by his mum not to go onto the pitch in 2016.

Now he is desperate to be right at the heart of the celebrations and taste a Scottish Cup triumph as a player to become a legend for himself.

The boyhood Hibee was the hero in the quarter-final with the winning spot-kick in the penalty shoot-out win against Motherwell.

After the semi-final victory over Dundee United, the 21-year-old has silverware firmly in his sights.

He had a mad rush to catch just a glimpse of the trophy during the Sunday parade five years ago, but is determined he will get his hands on the cup with victory over St Johnstone.

“Growing up, it was normally Celtic and Rangers in the finals,” he said. “Into the 2010s, Hibs started to get there more. We played Hearts and Celtic.

“We’ve not been to the final since but we want to make that next step again. It’s time for new people to step up and become legends.

“I was there in 2012 but the less said about that the better!

“The highs and lows of Hibs, we’ve seen it all over the years. It’s never easy being a Hibs fan.

“But I think this season it’s been fantastic. Now we’ve put ourselves in a position to achieve success and bring silverware to the club.

“So, that’s our goal, our ambition, we want to bring the Scottish Cup back.”

In 2016, Porteous was one of the estimated 100,000 Hibs fans who thronged the streets of Edinburgh and Leith for the long-craved victory parade. 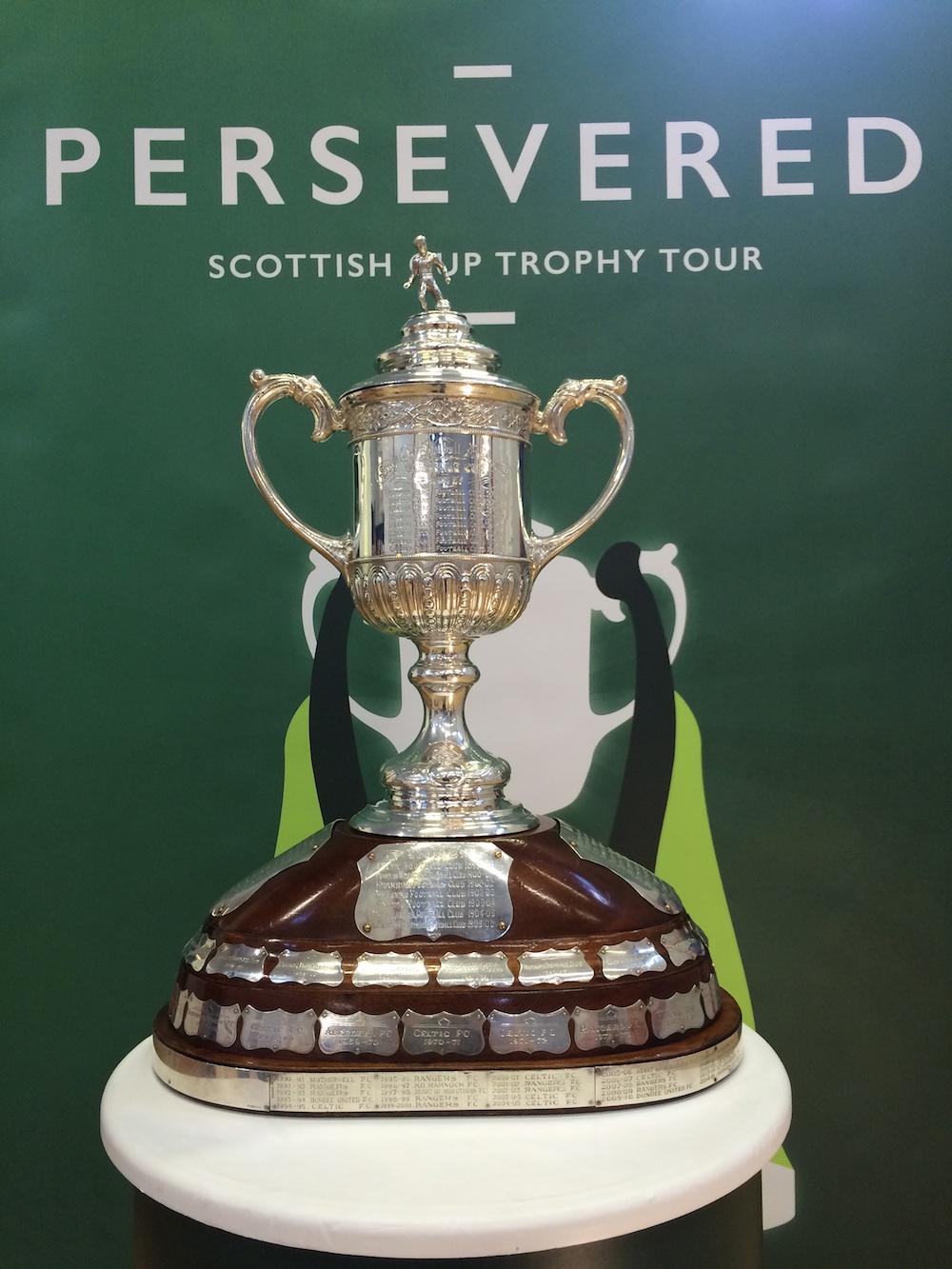 The day after that historic 3-2 triumph over Rangers, the defender was playing for the Hibs youths before having to hot foot it to join in the celebrations.

“I had a game for the Under-17s that day,” he explained. “It was a quick rush to play the game at the training centre and then get up to the parade with one of the other boys in the team.

“We caught it coming down Leith Walk so that was a great memory.

“The Under-17s were playing Dundee United in the last game of the season. I can’t remember the score. I think we won, because we had a good 17s team that year.

“It was just a mad rush. I don’t think we even had time for a shower. It was a case of kit on and right up to the parade because we were going to miss it.

“I’m actually surprised we still played that day. It was a mad day and one I look back on really fondly with how it panned out – getting up there that late but still managing to catch the celebrations. It was brilliant.”

Such have been the recent results against St Johnstone, Porteous acknowledges Hibs will have their work cut out to emulate that 2016 success.

The 3-0 loss in the Betfred Cup semi-final was a chastening experience and two 1-0 defeats have followed.

“I think we owe ourselves a better performance and a win,” he said. “Listen, we know if we turn up and play well and give a good account of ourselves, we’ll have a right chance. We back our ability.

“St Johnstone are a good team and have shown that on numerous occasions in big games. They’ll be a tough nut to crack.

“But so are we. We’re sitting up in third place for a reason. We’re a very good team and right now we’re the best of the rest.

“So we want to try and hold on to that status while also now looking to take the next step – by achieving something tangible.”