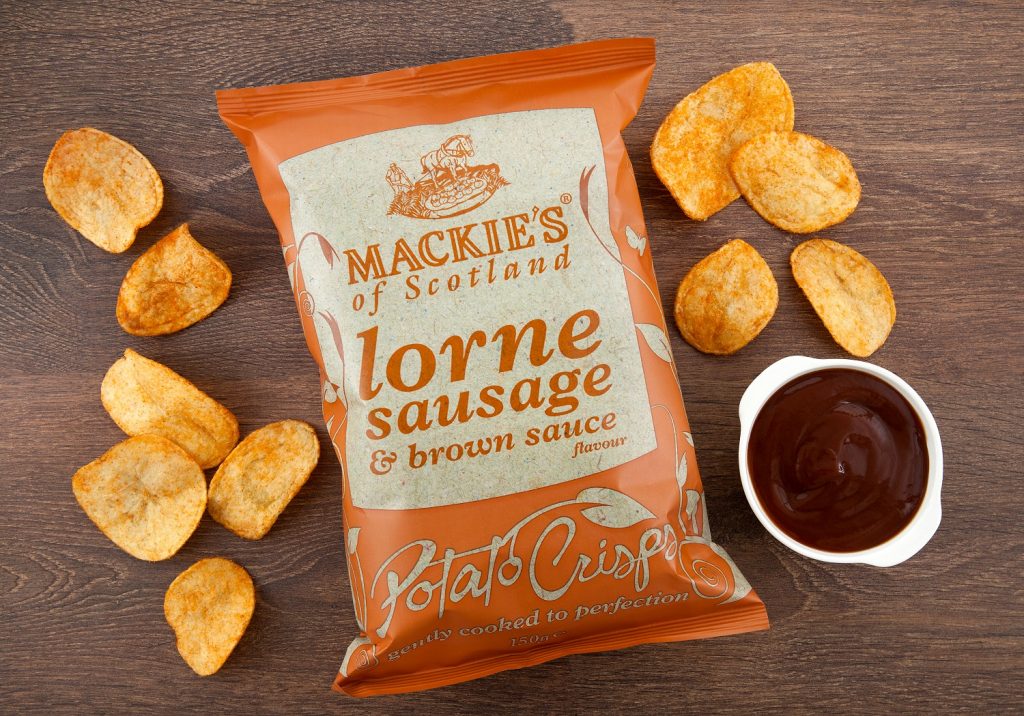 SCOTS’ appetite for the world’s first Lorne sausage and brown sauce-flavoured crisps has seen its makers commit to the limited-run becoming its next permanent addition.

Mackie’s Crisps has confirmed it will keep making the flavour, after achieving record-breaking sales of 220,000 packs – making it the brand’s most successful limited-edition launch.

It has secured new listings for the flavour, with the 150g bags back in stock across Tesco and M&S, with Co-op and Scotmid launching in June and an ASDA listing confirmed for later in the year.

James Taylor, Managing Director with the Perthshire-based family business, said: “Our limited-edition flavours are ways to experiment and try out new recipes, while keeping consumers on their toes.

“We’re proud to champion Scottish culture and produce, and our more patriotic flavours like ‘Lorne sausage and brown sauce’ and ‘haggis, neeps and tatties’ have proven extremely popular both at home and further afield.

“It exceeded all of our expectations – we had a feeling it would be popular but becoming our best-selling flavour in just a few months was definitely unexpected. When retailers were interested, we knew we had to make it part of our permanent range.” 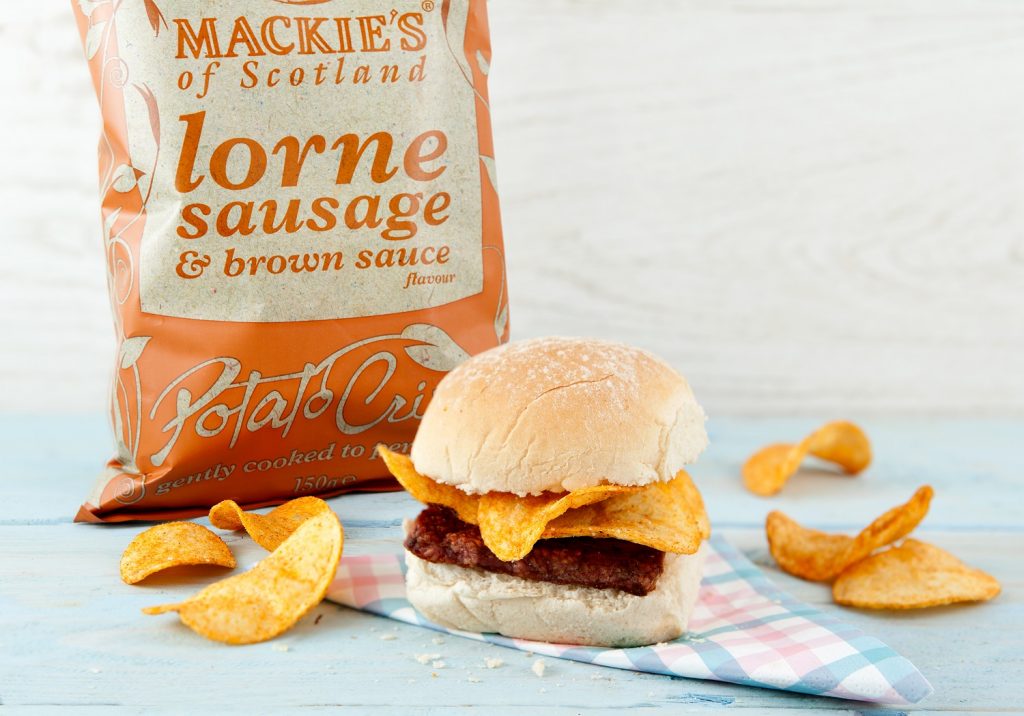 Believed to date back as far as the 19th century, the sausage has stirred debates for more than two centuries over what the correct name should be: Lorne, slice or square sausage. The recreation of the breakfast roll classic into a crisp flavour divided fans over the same question.

It followed Mackie’s previous Scottish world-first, “Haggis, Neeps and Tatties” which also sold out ahead of all expectations.

Each bag is made up of a variety of crisping potatoes, giving consumers locally sourced, thick-cut and gently cooked potato crisps.

Mackie’s Crisps has become the leading Scottish crisp brand with a dedication towards making high quality, delicious crisps and snacks.