THE TARTAN ARMY were filmed belting out “Super John McGinn” while dancing in a washing up liquid filled water fountain in London.

The video shows several Scotland footie fans jumping in and out of the fountain in Leicester Square yesterday as they celebrated the EUROs.

One male is shown running into the bubbly water in his kilt before being joined by his friend to belt out the popular footie chant.

Several fans are shown punching their fists in the air as they revel in the contagious atmosphere.

The loud chanting can be heard echoing through the streets as the revellers party on in their footie strips, shorts and kilts.

Speaking today, he said: “The atmosphere in London is amazing.

“I think the majority don’t have tickets because of the reduced capacity, they’re just here to enjoy themselves.

“We’re just having a laugh with the police, most of them seem to see the funny side.

“It’s always the same on a Scotland trip. 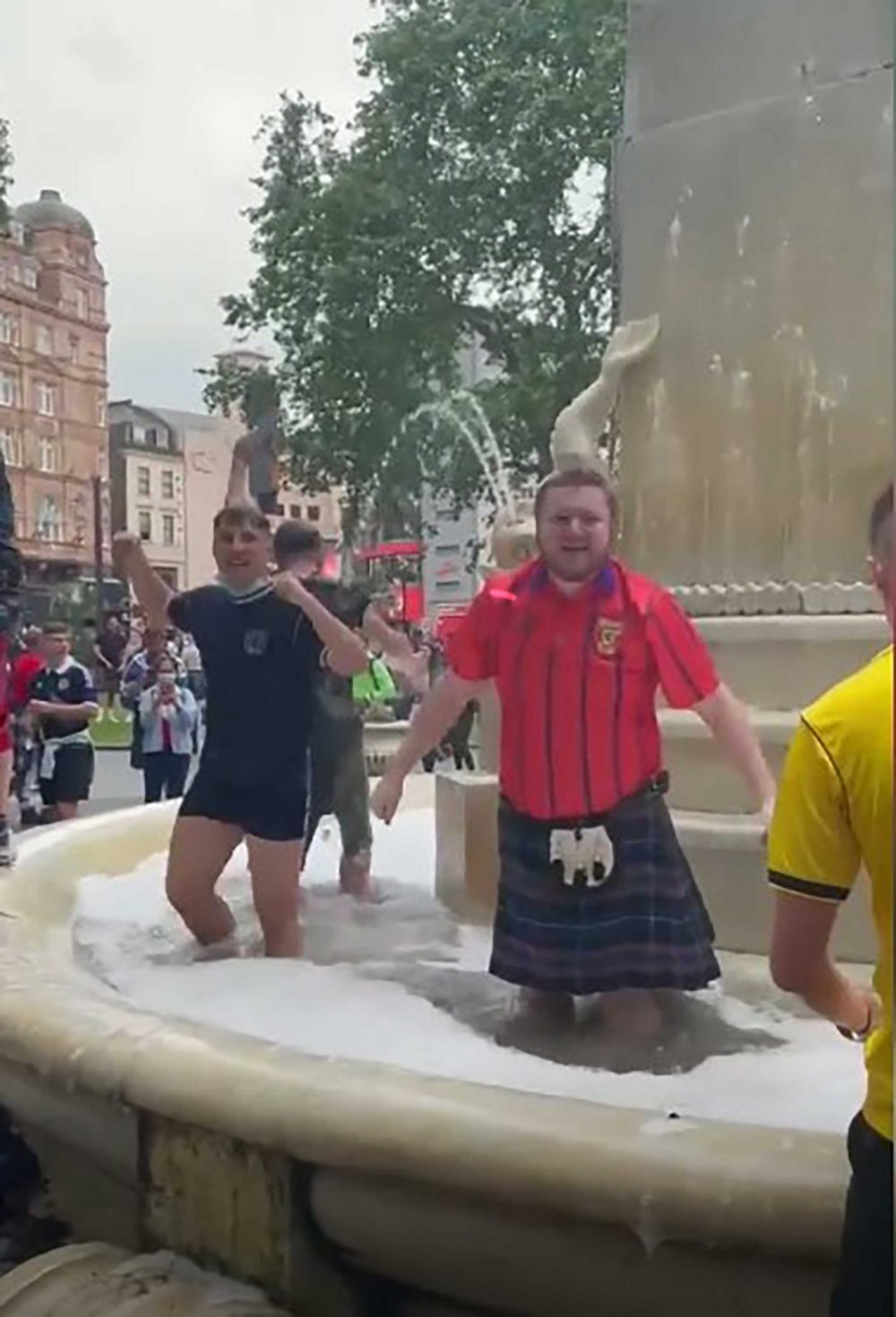 “We’re booked into a pub for the game, and then we’ll probably try and square ourselves up for the flight home on Saturday as we need to leave the hotel at 6am.

And when asked for a score prediction, Deighan said: “1-0 Scotland. It’s a cert.”

Scots travelled down in their thousands yesterday ahead of their Euro 2020 clash with England.

It is Scotland’s first clash with The Auld Enemy in a major tournament since 1996.

Thousands of fans boarded trains and flights from Glasgow and Edinburgh yesterday in a boisterous mood.

Videos of Scots singing and dancing on their journey down have been shared across social media.

Along with Leicester Square, there were large Tartan Army gatherings at Kings Cross Station.