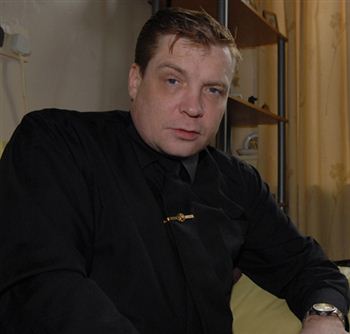 
DEATH Row Scot Kenny Richey has had his worst fears confirmed after being told he DOES have mouth cancer.


The malignant growth was discovered when the chain-smoking ex-con went for a routine visit to the dentist a fortnight ago.


Now Richey, 43, who spent 21 years in a US jail, faces a fresh battle for survival after being hit by the devastating blow on Monday.


However the former US Marine last night said he is determined to beat the illness as he is desperate to meet his grandchildren.


Richey, from Edinburgh, received the crushing results when his specialist called him on Monday.


He said: “When she told me the tests were positive I just broke down in tears.


“I had tried prepared myself for the worst but actually hearing the news was just devastating.


“After spending 21 hellish years in prison I thought I had been given another chance at life.


“But since I got home things have gone from bad to worse. I feel like I have been kicked in the teeth.”


Richey, whose father also has cancer, faced an agonising wait for the ill-fated results after a biopsy was taken two weeks ago.


The growth is due to be removed next week with the grandfather-of-two then undergoing an intense course of radiotherapy.


He said: “The lump is on the inside of my cheek and I first noticed it a couple of years ago when I was in jail.


“However I wasn’t able to get it checked out properly as Death Row inmates aren’t seen as priority medical cases. The pain comes and goes but I have learned to put up with it.


“When I got back to Scotland I went to see the dentist who immediately said I should have a biopsy as it didn’t look good.”


Richey revealed he didn’t have the courage to directly tell his mum Eileen his results and they haven’t discussed it yet.


He said: “My mum does know but is refusing to admit it to herself. I feel really bad for her as she has been through so much already.


“However she has nothing to worry about as I always win my battles and this one won’t be any different.”


However Eileen Richey, 63, last night revealed it was in fact her son who was burying his head in the sand.


She confirmed he hasn’t actually told her the results and she only learnt of them after overhearing a conversation he had with life coach Diane-Louise Jordan.


The launderette worker said: “I’m trying not to think about it to be honest. He’s been through enough already so I’m praying he can get through this.


“He is away to visit his auntie in England right now so hopefully this will help him come to terms with things.”


Richey, who says he has felt suicidal since his release, say he is determined to win his latest fight for life as he’s desperate to visit his family in America.


He said: “I am planning on returning to the States and I amn’t going to let this stop me.


“I want to hold my son Sean in my arms and meet my grandkids for the first time.


“I also want to visit my father, who is also suffering from cancer, as he doesn’t have much time left.”


Despite his criminal conviction, Richey, who has dual UK-US citizenship, maintains he will have no problems getting through customs across the Atlantic.


He said: “I have applied for my American passport so am waiting for that to arrive. Once I have this I will be able to enter the country and there will nothing they can do about it.


“Words can’t described how much I hate that country but I will do anything to see my family.”


Since gaining his freedom and returning to Scotland in January, Richey has struggled to adapt to outside life.


He spends most of his time drinking and gambling as well as smoking 40 cigarettes a day.


He recently revealed how he had been banned from his local casino as they said had a ‘social responsibility’ to stop him losing all his money.


Now Richey says he is ready to tackle with his vices and get his life back on track.


He said: “I am going to give up the booze and fags as if I don’t it will kill me. I didn’t spend 21 years trying to win my freedom for nothing.”


The charity is dedicated to helping innocent people both in jail and after their release.


Richey was freed from Death Row after agreeing a plea bargain to quash his conviction for the murder of two-year-old Cynthia Collins.


The toddler died in a fire in her Columbus, Ohio, apartment while drunken revellers partied outside.


Richey always denied setting fire to the apartment building in a revenge attack on a former lover who lived below the dead girl’s flat.


Since coming home, he has been staying with his mum Eileen in Gorgie, Edinburgh.