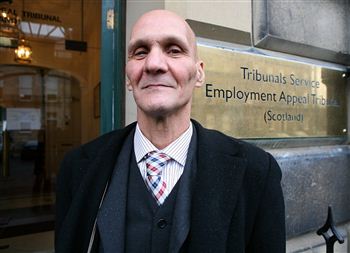 A CHEF claims he was refused a job at a top Scottish restaurant because he is too old.

Mokhtar Mediouni, 58, says the manageress of Edinburgh’s Centotre eatery knocked him back saying: “We want someone young and strong.”

And he says the three minute job interview ended when Italian restaurant’s boss Aine Kelly, 29, refused to read his CV.

He said: “I’ve been unable to apply for jobs because I can’t face another interview after being told I am useless, too weak and too old.”

Owner Victor Contini, 45, – whose family run the capital’s legendary Valvona and Crolla deli – refuted the Moroccan-born chef’s claims at an employment tribunal yesterday (Tuesday), describing them as “hurtful and hard to believe.” 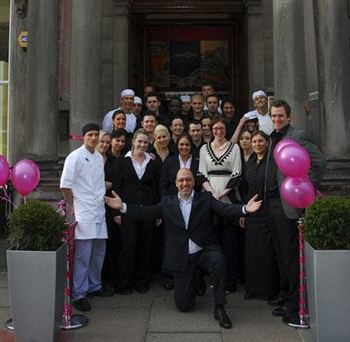 Mr Mediouni said he spent his life working as a chef all over the world at restaurants in France, Spain and Gibraltar.

He applied for a job as a delivery driver with Centotre shortly after new year, but says the interview on February 2 left him “humiliated,” so is claiming against the family firm on the grounds of age discrimination.

He said: “I couldn’t speak after the interview, it felt like the building had fallen down on top of me.

“I felt humiliated at the lack of respect and angry at the fact Miss Kelly didn’t even ask for my CV – she just looked at it and shrugged her shoulders.

“She flexed her arm muscles saying she needed someone young and strong who could lift very heavy cases of wine, and shoved my CV back at me.”

He insists he would be able to lift heavy boxes, but manageress Miss Kelly stated Mr Mediouni chose to turn down the job.

She admitted the company didn’t have a written equal opportunities policy, because they had “never had any problems” in her three years as manageress.

She said: “When I told him the job involved lifting cases of wine into a van, he either said he didn’t want or couldn’t do the job, I forget which.

“The interview was three minutes long before he left on the basis that he didn’t want the job, not that I didn’t want him. To be honest we were so desperate to fill the driver’s role that if he said he could do it then the job was his for the taking.

“The stuff about me flexing my muscles at him is an absolute lie, which I find very personal and upsetting.”

Centotre still haven’t filled the position, with owner Contini taking the job on himself meantime while his wife Carina, 37, helps run the business.

He pointed out that their last delivery driver was 66 years-old – eight years older than Mr Mediouni.

He added: “I am very proud of the fact we employ people from age 18 right up to 70 in all kinds of roles, so I find these allegations hurtful and hard to believe.

“Aine is a brilliant manageress who has gone from strength to strength for myself and Carina and nobody has ever complained after the hundreds of interviews she’s done for us.

“We have sought legal advice and do now have a written equal opportunities policy.”

Employment judge Susan Craig said the panel would issue a written judgement on the case early in the new year.