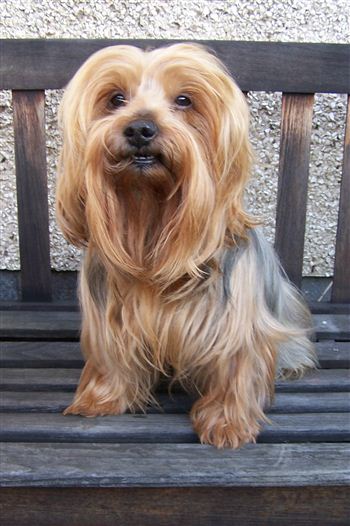 A CUTE dog who bears an uncanny resemblance to Greyfriars Bobby could be used to promote a popular Scots seaside town.

Yorkshire terrier ‘Blue’ has already been handed the accolade of starring as the famous Edinburgh pooch in a ceremony marking the 150th anniversary of Bobby’s first appearance in the city.

And now Edinburgh’s One O’Clock Gun Association, who were due to hold its annual Colour Sergeant Scott Ceremony earlier this month, is campaigning for the loveable mutt to become the official mascot for North Berwick.

The association has written to East Lothian Council recommending the nine year-old terrier for the post.

East Lothian Provost Sheena Richardson is said to find the offer “most interesting” – although an official decision will not be made until next year.

As the One O’Clock Gun Association’s official mascot, Blue has already tasted fame by appearing in numerous publications, and is a well-known personality in the East Lothian town.

Blue was all set to play the part of Greyfriar’s Bobby in this month’s ceremony, but a serious leg injury to the dog forced the postponement of the landmark event.

He mysteriously snapped the main tendons in one of his back legs several months ago and is only now regaining his full fitness.

Former RAF senior aircraftsman John Lovie, treasurer of the association, and husband of the dog’s owner Kit, said: “He’s got to take it easy for another four weeks or so, because the muscle is still building itself back up.

“At the moment he is limited to two 20-minute walks each day. But he should soon be back to his best.

“I’m delighted the council is considering using Blue to promote the area. It would be great if he was to officially represent the town.”

A spokeswoman for East Lothian Council said: “Provost Richardson has received the letter from the One O’Clock Gun Association regarding Mrs Lovie’s dog, which she finds most interesting.

“However, it is too soon to consider what support the council will provide at this stage.” 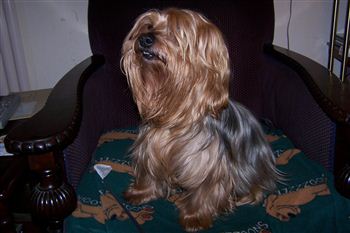 Colour Sergeant Donald Scott was a member of the Edinburgh Castle garrison and regularly fed Bobby after his master died.

The association’s planned re-enactment starring Blue will follow the route from the castle to Greyfriars Kirk as the original dog followed C/Sgt Scott along George IV Bridge before turning back to head back to the graveyard.

Stuart Wilson, the association’s chairman, will be fitted out in period uniform as he plays the part of Scott.

And Blue won’t be upstaged as he too will be dressed in a new regimental dress coat featuring the colours and insignia of the Royal Artillery.

The ceremony is now due to go ahead in March 2009.