AN ARTIST who died after inhaling anthrax spores from African drums was the “wrong person, in the wrong place, at the wrong time”, a sheriff has ruled.

Pascal Norris was 50 years old when he became the first person in the UK to die from inhalation anthrax in over a century. 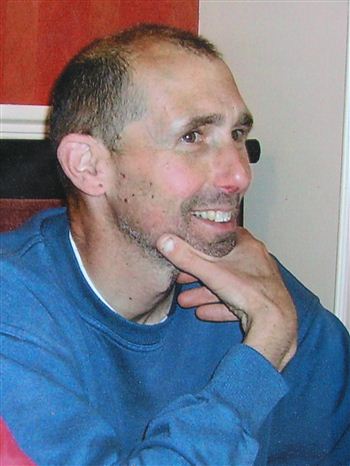 The craftsman, who had previously successfully battled leukaemia, died on July 8, 2006 at Edinburgh Royal Infirmary after inhaling the deadly spores during a drumming class he had taken up in the Scottish Borders.

But Sheriff Edward Bowen QC described the death as a “freak” occurrence, adding that Mr Norris had been more likely to become infected because of his previous illness.

Djembe drums imported from the Republic of Guinea by the class teacher, Geraldine Keita, later tested positive for anthrax – which can occur naturally in animal hides.

But a blanket ban on importation of animal skins would be “disproportionate” to the public health risk caused by anthrax, according to his ruling which follows a fatal accident enquiry held at Edinburgh Sheriff Court last year.

Sheriff Bowen said there were no “reasonable precautions whereby Mr Norris’ death might have been avoided”.

In a written judgement, he said: “The most relevant factor in the case of Mr Norris was his history of acute myeloid leukaemia for which he had received chemotherapy.

“It cannot be discounted that Mr Norris’ previous health problems contribute to his susceptibility to anthrax infection.

“Overall, putting the matter into simple terms, not only was Mr Norris in the wrong place at the wrong time, but he was probably the wrong person to be there.”

Sheriff Bowen added: “It can be said that other people – in fact many other people – were exposed to the risk of anthrax infection from the same source without coming to harm.”

And, he said, other than a complete ban on importation of animal skins, there would be little that could be done to prevent the risk of another death.

He said: “Short of an outright ban on the importation of animal skin products into the United Kingdom it is difficult to see what steps could be taken to eliminate the risk of repetition.”

However, Sheriff Bowen said, he agreed with the assessment of Dr Tim Brooks – an expert in pathogens who gave evidence at Mr Norris’ fatal accident enquiry – that anthrax is not “a major health problem” and a blanket ban was not necessary.

Sheriff Bowen said: “Having regard to the level of risk such a step would be wholly disproportionate.”

He added that the chances of coming into contact with, and being infected by, anthrax are extremely remote and that had it not been for the microbiologists diligence, Mr Norris’ death may have been put down to natural causes.

Sheriff Bowen said that Mr Norris, who had been living in Stobbs, Hawick at the time of his death, had received all appropriate medical treatment and that nothing could have saved him by the time he had seen a doctor.

The actual cause of death of Mr Norris was noted as a sub arachnoid haemorrhage resulting from infection acquired by inhalation of anthrax.

Pascal’s brother, Michael Norris, hit out at the findings.

The 49-year-old said the death of Fernando Gomez, a London-based drum-maker who died last year, also of anthrax inhalation, served as an urgent warning to begin testing.

He said: “To say that there is nothing that can be done but the risks are very low is a cheapskate way out.

“I know it would be a bad idea to ban the trade of animal skins altogether, as you would just push the trade underground.

“But with the rise in popularity of these drums and the second recent death, I am amazed that there was no suggestion of a government plan for testing.

“That way, anyone involved in the African drumming industry, whether it is making drums or playing them could take them somewhere to be tested for anthrax.

“That seems to me a very sensible thing, even if there was a nominal fee for doing it.

“It is a tragic set of circumstances but if there is anyway that someone could make it less likely to happen again then it should be done.”