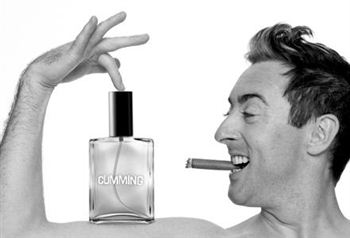 The bi-sexual actor performed songs by Cyndi Lauper, Dolly Parton and Abba as he made his debut in front of 800 fans at the Lincoln Centre, near Central Park.

The flamboyant star then proceeded to belt out a rousing cover of the Swedish pop giant’s ‘Where I Want to Be’, which featured in the hit musical Chess.

During the show he also sang songs made famous by Frank Sinatra, Cole Porter and Charles Aznavour, as well as a selection of theatre numbers from various musicals including Cabaret, Chess and Falsettoland.

One of the most touching moments of his hour-long set was when he admitted to sharing an ex-boyfriend with his music director, Lance Horne.

He then performed a song by Horne about the man in question, “Don’t Tell Me,” and seemed comfortable baring his personal life so boldly.

The Goldeneye actor has led a colourful life having been married to a woman in the mid-80s.

Last year he married graphic artist Grant Shaffer in a civil ceremony in Greenwich, London, and the couple now live in New York with their beloved dogs.

The Hollywood idol shot to fame in the sitcom The High Life and has since starred in a number of top movies including Goldeneye and X-Men 2.

Abandoned Scots village on the market – but comes with resident ghost