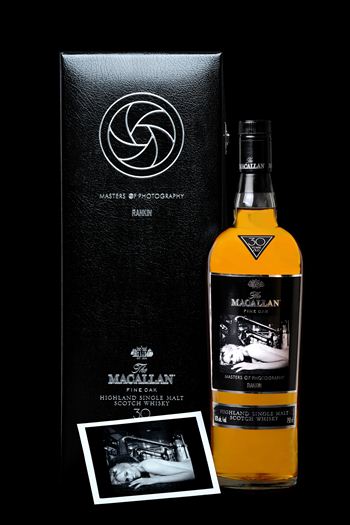 BOSSES of an exclusive range of whisky that includes a trendy nude image on the label have been forced to defend their product after it was nominated for the Worst Marketing Campaign in the whisky industry’s version of the Oscars.

But the much-publicised promotional campaign seems to have back-fired after it was one of only two brands to be selected for The Drammies dreaded marketing award.

And despite the hefty £950 price tag – all of the expensive bottles are expected to be snapped up by avid collectors from across the globe.

The Drammies are organised by the respected Scotch Blog website, and are considered one of the major online awards for the whisky industry.

One comment on the website reads: “Putting the price of a bottle of Fine Oak 30-year-old up by £500 just because it might have a nudie picture on it is an outrage.”

Now Ken Grier, director of malts at the Edrington Group who owns the distillery, has hit back by posting his own views on the site which runs the competition.

He said: “I was interested to see that The Masters of Photography bottling had been nominated for a Drammie for Worst Marketing Campaign of 2008.

“We operate with the highest integrity at The Macallan.

“We would simply not put a new label on an existing whisky and sell it a higher price.

“Each bottle is in fact a unique work of art and the price reflects this.

“At the projects inception our intention was that the product should be great value as we were offering an original Rankin Polaroid (these currently sell for up to $1000 each) as part of the pack.

“This is your chance to enjoy Fine Oak 30 years old and own an original work of art at a very small premium if any.

“We deliberately set out to make this concept as accessible as possible for purchase by our consumers we believe that we have succeeded. The evidence to support this is that 62 of our own staff, ranging from Directors to workers in the bottling hall have bought one.

“I have had over 300 personal expressions of praise and delight from press, trade and drinkers who adore the concept with only 5 negative comments to date, including this nomination.”

The new unique bottle comes presented in a black leather box, lined with velvet, and containing an original Rankin Polaroid.

Each bottle will have an individually printed label, which matches the specific Polaroid, and a booklet of authenticity signed by the famous artist.

The Polaroids have been shot at the Easter Elchies House on The Macallan Estate, and together form an essay depicting one summer.