Scot who took whisky to the States 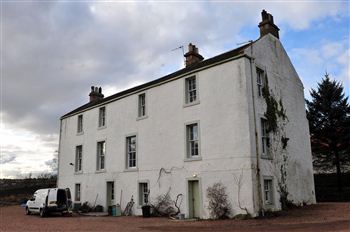 AS AMERICANS celebrated the anniversary of George Washington’s birth yesterday (22/02), Scots should have raised a glass or two to the man who is regarded as the ‘Father of American Whisky’.

Fifer James Anderson is credited with introducing whisky to the Yanks after he emigrated there in the 1790s.

The Scot landed a job with former US president George Washington and the pair set up the States’ first distillery together.

Now another whisky company has sprung up in the very house Anderson and his family set sail from over two hundred years ago.

The Spencerfield Spirit Company produces and distributes two brands of whisky across the world – Sheep Dip, a blended malt, and Pig’s Nose, a deluxe blend.

And the fledgling company is already making waves in the whisky industry by appearing in the new Jamie Oliver magazine, selling over 60,000 bottles of their product a year and having A-list Hollywood star Kiefer Sutherland as a fan.

Born in 1745 – the year of the second Jacobite Rebellion – James Anderson emigrated from Inverkeithing in Fife with his wife and seven children in 1791.

The Scots farmer and distiller set sail from Spencerfield Farm on the banks of the Forth and when he arrived in the US six months later he began his new life farming in Virginia. 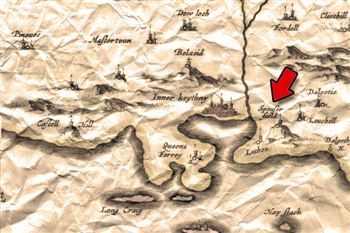 By 1795, Anderson was distilling whisky near Fredericksburg, Virginia, and two years later he started working for America’s first ever President, George Washington, at his Mount Vernon plantation.

Within weeks of arriving at Mount Vernon, Anderson had convinced his new employer to open up his very own distillery.

And by 1799, Washington was producing over 10,000 gallons of rye whisky a year in a state-of-the-art distillery.

Historians believe that Anderson used larger distilleries in Scotland, such as the one at Spencerfield Farm, as a model for the Mount Vernon operation.

Washington’s own correspondence records: “Mr. Anderson has engaged me in a distillery, on a small scale, and is very desirous of encreasing (sic) it: assuring me from his own experience in this county…”.

And personal letters also reveal Washington’s respect for Anderson – although it is thought the two men did have their differences.

Today, the Mount Vernon distillery is widely-regarded as a US national historic monument, and Spencerfield Spirit is proud of its deep-rooted association. 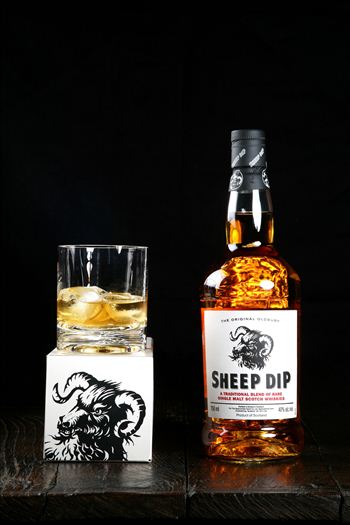 Wife Jane, 51, said: “We are extremely proud of our association with James Anderson and all he contributed to the Scottish whisky industry.

“There’s no doubt that it was he who introduced the drink to the US.

“There were small distilleries all over Fife at the time and he obviously saw an opportunity when arrived in Virginia.

“His stroke of luck occurred when he managed to get a job on Washington’s farm and, seemingly, the pair became quite good friends.

“We’ve been in business for just over three years now and to be honest we had no idea about the connection until we started looking into the history of the house.

“It was such a wonderful surprise to discover the truth surrounding the house and the influence Anderson has had over the promotion of our national drink.

“It seems apt that we have set up our business here and hopefully we can go on and have as much success as Anderson did.

Spencerfield House has long had a connection with whisky as in 1651 Oliver Cromwell and his troops were billeted at the farmhouse after routing Scottish Royalists at the Battle of Inverkeithing.

As they celebrated with a dram or three, the soldiers accidentally set fire to their own gunpowder kegs – blowing the east wing of the house clean off.

The house was ransacked before the soldiers left, and according to the historian Reverend William Stephen, they departed with “a great quantity of silver plate, arras, hangings, carpets and other household plenishing”.

Speyburn Distillery manager retires after over 20 years in business