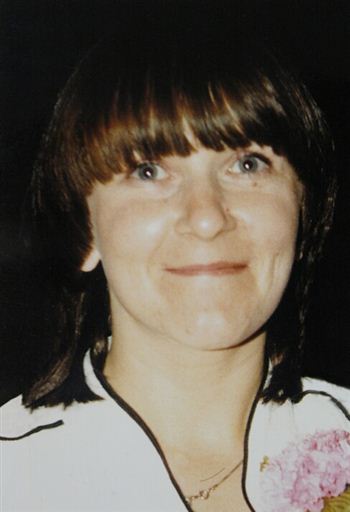 A NEW television appeal is going out in a bid to solve the 26-year mystery of the murder of a young mother.

A reconstruction of the last known movements of Edinburgh prostitute Sheila Anderson will be aired on BBC’s Crimewatch programme tonight (THU).

The 27-year-old was murdered on Gypsy Brae in the Granton area of the city but her body was so badly damaged that cops initially thought she was a car crash victim.

It was thought the mother-of-two had been repeatedly run over in a car and the killer has never been caught.

The brutal murder shocked the community after two CB radio enthusiasts discovered the dying woman suffering with her horrific injuries.

The pair called an ambulance immediately but the mother of two young sons died in hospital a few hours after arriving.

Her bag was found two days later in an East Lothian car park, containing a green tobacco tin that she was known to use.

The case was reopened in May last year and officers from Lothian and Borders Police are now hoping the slot on Crimewatch will renew public interest.

The murdered woman had left a house in the Drylaw area of Edinburgh at around noon and the final confirmed sighting of her was in Leith’s Commercial Street at 11.30pm.

There had been various sightings of her during the day in West Granton and various areas of Leith.

Officers now hope the TV appeal might jog the memory of anyone holding information that can lead police to her killer.

And in Thursday night’s programme, Sheila’s family will reveal the trauma they have suffered as a result of her murder.

In a joint statement, they said: “Sheila’s death affected all our lives, and still does to this day. We remember Sheila as a woman with a gentle nature, who was loving and caring.

“She touched the hearts of all who knew her, and was much-loved by us all. We hope that after many years we will obtain the answers to the questions that we have.

“It is vital that anyone who has information regarding Sheila’s death gets in touch with either Crimewatch or the police. There must be someone out there who can help us, and by coming forward that person will allow Sheila to rest in peace.”

Detective Inspector Steven Reed, who is leading the inquiry, said that circumstances might have changed in the 26 years since the killing and some members of the public may now be in a position to come forward.

He said: “This is the first UK-wide witness appeal for this case and we are hopeful that this direct plea by the victim’s family will provide the answers that they deserve.”