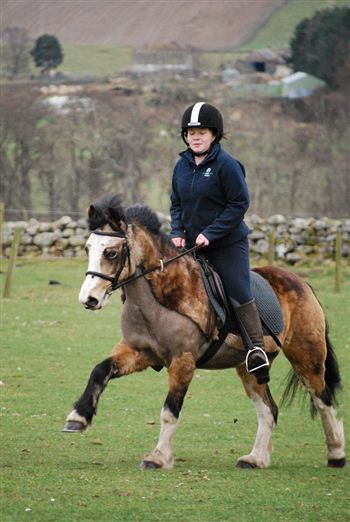 A SCOTS charity is desperately searching for help re-homing neglected horses after being inundated with rescued steeds.

But with less people willing to provide a new home because of the credit crunch, the centre is struggling to cope.

Most recently the rescue centre at Belwade Farm in Aboyne, Aberdeenshire, took in six abused and neglected ponies found locally after being found in a terrible state.

Conditions were described as appalling.

A spokeswoman for the charity said: “The ponies were rescued from very, very bad conditions.

“They were very thin and crawling with lice.”

The horses’ owners eventually signed them over to World Horse Welfare who run the centre.

By doing the owners avoided prosecution.

The move was only made possible after a change in animal welfare law aimed at preventing cruelty.

The new look Animal Welfare Act which, which came into force in April 2007, allows horses to be rescued if under threat by having them signed over rather than waiting until their suffering worsens.

But now the charity is starting to see the effects with a rise in demand to care for those rescued.

Roly Owers, Chief Executive of World Horse Welfare, said: “There has been a marked increase in the number of multi-horse rescues we have taken in this year.

“The Animal Welfare Act is a hugely positive step for horse welfare, but in the current economic climate we are facing a problem.

“There has been much speculation in the press that large numbers of horses and ponies are being abandoned or put to sleep because of the credit crunch.

“It is still too early to tell and there is little evidence to suggest that this is happening in large numbers.

“But what we are finding is that people are less inclined to take on the expense of having a horse and we have seen our re-homing figures drop dramatically.”

And it is not just the Scottish centre that is at capacity; five large groups of horses have been rescued across the UK so far this year.

Twenty animals were seized from Preston in Lancashire, and a further 10 from Chichester.

In smaller cases, five were taken to Glenda Spooner Farm in Somerset, and four rescued in Norfolk.

The change in the law means that it is possible to seize an entire group of horses, even if only one is suffering.

Since the act came into force, World Horse Welfare has seen the size of the groups they rescue dramatically increase.

But the Scottish SPCA want people to realise the responsibilities and costs of taking on a horse, as it is one of the main reasons people need to give them up.

Chief Superintendent Mike Flynn said: “It’s really important people don’t ignore the fact they are getting into financial difficulty as this will only escalate. Sourcing alternative options quickly is vital.

“If you are at the point of giving your animal up then selling or placing in a new home or contacting a rescue charity may be the best option.

“Anyone re-homing a horse or pony must bear in mind that the maintenance of the animal is going to be considerable.

“Feed, tack, farriers’ fees, livery costs and vets bills means this is a luxury that only a few people can now afford.”

Anyone interesting in re-homing a horse can visit http://www.worldhorsewelfare.org/.