A RETIRED couple who have waged a 15-year war on their local nursery are now demanding kids be kept indoors – because they are too loud.

Hacked off Bill and Maggie Freil have even invested in their own noise monitor to chart the alleged din from Jaydee’s Pear Tree Nursery in Haddington, East Lothian.

And they have also contacted the Scottish Public Services Ombudsman to intervene saying the council is ignoring their pleas – with new plans for the nursery to more than double in size despite their groans.

Now noise investigators from the local council have been ordered to carry out checks on the volume of the toddlers’ playtime to resolve the saga.

The dispute between Jaydee’s and the Friels has come to a head after the couple contacted the Ombudsman saying their life has been made a misery by the constant noise of the kids and are fed up over the lack of action from East Lothian Council.

The Ombudsman has now told the council that they need to carry out noise checks to properly investigate the problem.

Bill, 58, said: “They make all sorts of noise all day long, it flows into our back garden and all through the house.

“You get very loud noise for a short period of time and the noise regularly goes over 65 decibels.

“We would like restrictions on the time they are allowed outside. They don’t have to be active outside all day long.” 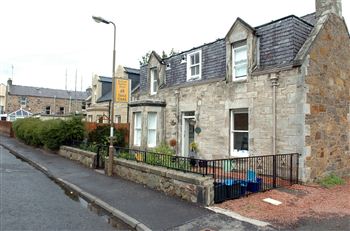 His wife, also 58, said: “I don’t think we have been dealt with fairly and after so long it is upsetting and draining.”

But the nursery – which is set to expand its numbers from 21 to 50 children – said the couple are the ONLY people to have complained in the 20 years they have been based there.

A spokeswoman said: “We have been here for nearly 20 years and this is a fairly residential area.

“But there has been only one complainant during that time.

Other neighbours said that they haven’t had any problems with the noise from the nursery.

Helen Kennedy, whose garden also backs on to nursery, said: “They are just youngsters having fun and playing.”

East Lothian Council said that they would visit the house when the nursery’s capacity increase comes into force.