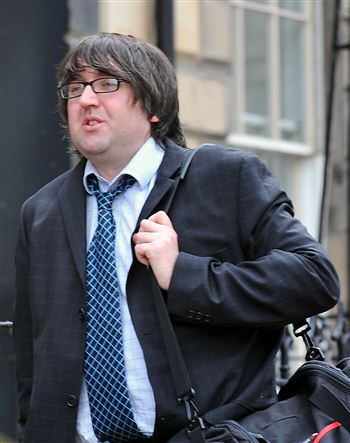 A LAW graduate claims he was refused a job because he is a 37 year-old man and not a young woman.

Andrew McSorley is angry that law firms have a “fixation” with employing freshly qualified graduates, rather than older people with more experience.

He claims he is taking on three firms for discrimination and yesterday (Monday) launched a case against Edinburgh commercial legal firm Tods Murray LLP.

Their traineeships are so popular that places for 2011 have already been filled.

But when Mr McSorley applied last year, he claims the firm took three separate letters to give a good reason as to why he shouldn’t get the job.

Now he plans to use statistics to prove he was unfairly rejected, claiming young females have a better chance of securing legal jobs for no apparent reason.

Tods Murray lawyers insist they turned his application down because he did not have a 2:1 degree.
But having secured a Bachelor of Laws diploma via a fast-track course, Mr McSorley, of Lanarkshire, is adamant he is as qualified as any degree-holding graduate.

And Mr McSorley is so confident in his legal knowledge and abilities that he refused the option to get a lawyer for the case, instead opting to take them on alone.

And Glasgow Caledonian University, where he studied, states on its website that his qualification “undoubtedly remains one of the elite degrees, carrying great weight with employers and Law firms.”

Speaking at an employment tribunal in Edinburgh yesterday, Mr McSorley said: “I found out that the oldest applicant they took on was 26, which was 10 years older than I was at the time.

“My formal submission is that the only reason I was rejected was because I was 36 years of age.

“I’m in an age-group that is statistically far less likely to possess a 2:1 degree, but I am now adequately qualified and have great previous experience.

“But having never been offered an interview in two years of applying, I reached the end of my tether.

“I was concerned that there was a fixation with having an honours degree, so I canvassed a number of other law firms and got confirmation that I have a qualification equal to the honours degree.”

Tods Murray’s legal agent Chris Leitch stated: “Our website clearly states: “Please note that you are required to have a minimum degree classification of a 2:1 in order to apply.”

“This statement was there for all applicants to read.”

Now Mr McSorley faces a two-week wait to find out whether employment judge Victor Craig will agree to hear his case in full.