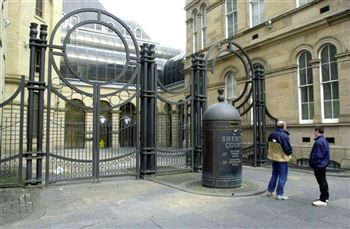 A NORTHERN Irish man has appeared in court over the alleged rape of a 17 year-old girl at the Royal Highland Show near Edinburgh.

Alister Boyd, 29, was arrested on Friday after the teenager claimed she was sexually assaulted during the Young Farmers’ Ball at the Ingliston event on June 27.

Officers from Lothian and Borders Police travelled to Northern Ireland during their investigation.

The suspect, from County Tyrone, was charged with rape at Edinburgh Sheriff Court today (Mon) and made no plea or declaration.

He was released on bail while prosecutors were granted time to carry out further investigations.