TESCO cashed-in on Scotland’s dismal weather by employing their own weathermen to advise them to swap summer barbecues for “rainy day food.” 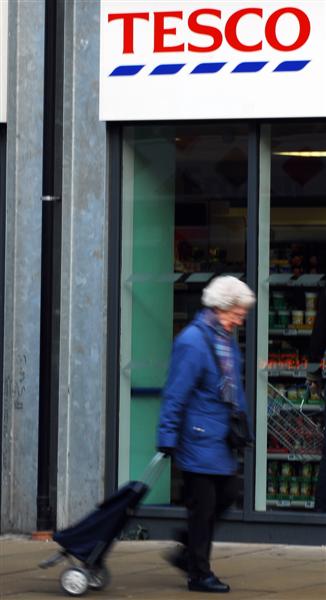 They had already predicted the deluge and quickly arranged for a shop-floor turnaround, clearing shelves of summer snacks and whisking in extra “autumn” food orders in their place.

The store said the soaking summer saw sales of roast potatoes – traditionally a winter food – soaring by a scorching 454 per-cent, while soup sales rocketed by 88 per-cent.

Sales of traditional kids’ board-games were also boosted by the downpours as youngsters spent the end of their summer holidays indoors.

Tesco branded existing weather reports as “unreliable,” instead entrusting their own team in a bid to save hundreds of thousands of pounds in food wastage by matching supply with demand.

Shop spokesman Mike Baess said: “An example of how we got it right is that in the last week Scotland has had some pretty dismal weather, more akin to mid-autumn, despite it still being summertime.

“At this time our stores should still have BBQ and salad foods on their shelves, but the team sent out a five-day weather report advising the supply chain of the bad weather.”

Their predictions were sent out to the company’s suppliers, store managers and distributors, who diverted cold weather foods to Scotland.

Mr Baess added: “They were told to stock more rainy-day food such as heavier vegetables, soups and puddings.

“It has meant that we had the right foods on our shelves at the right time.”

An estimated 1.6 million tonnes is dumped in landfill sites by supermarkets – most of which is blamed on shops failing to sell food when the weather changes.

Tesco’s weather experts studied detailed regional weather reports for the whole of the UK, helping each store to adjust what they had on the shelves.

They found that a 10 degree hike in temperature leads to barbecue meat sales rocketing 300 per-cent and a 50 per-cent increase in lettuce sales.

A drop in temperature has the opposite impact, increasing sales of soups and fresh vegetables.

Mr Baess said: “In recent years the unpredictability of the British summer – not to mention the unreliability of British weather forecasters – has caused a massive headache for those in the retail food business deciding exactly which foods to put out on shelves.

“Getting this right means we do a good job for customers but it can also help avoid food waste, which costs money and is bad for the environment. Rapidly changing weather can be a real challenge.”

Figures collected by the Tesco team in July – one of the wettest on record – show soup sales surged 88 per-cent compared with the much drier June.

Roasting potatoes were up by 452 per-cent and hot puddings – spotted dick and jam roly-poly – went up by 42 per-cent.

The bad weather also saw indoor game sales increase, with Monopoly up by 22 per-cent in July over June, and demand for Pokemon trading cards soared by 43 per cent.