BIG-HEARTED Billy Connolly showed his generous streak in Scotland’s Capital earlier this week, taking the time while shopping to give a homeless person £10.

James Crawford, 38, was begging outside Sainsbury’s on busy Rose Street in the centre of Edinburgh on Tuesday, when the Big Yin emerged from inside and gave him a ten pound note.

Connolly, who was sporting his trademark beard with a black jacket, then stopped to chat, saying that he hoped James would soon be able to find somewhere to stay.

James, from Edinburgh, said: “I didn’t see him go inside, but I recognised who he was as soon as he came out.

“He saw me sitting here and gave me a ten pound note, and said that he hoped I would be able to sort myself out. 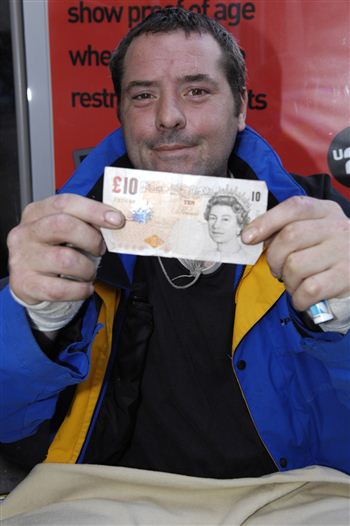 “He wished me well and added that he hoped I’d find somewhere to stay as well.”

James, who works as a vendor for the Big Issue, was recently evicted from his council flat in Muirhouse on Monday after falling behind on rent payments.

He said that he spent the money on bread, cheese, cigarettes and beans.

He said: “I spent it on basic food, because when you’re on the streets you can’t buy cooked meals.

“But what he did for me was really nice.

“He was very kind and helpful, and I’m a big fan of his as well – he’s a great comedian.

“I’ve never been to a show, but I have all of his videos.”

Billy Connolly is currently enjoying a sold-out run at Edinburgh’s Usher Hall, and will star in the sequel to cult film The Boondock Saints coming out next month.

He has also signed on to a big-budget Pixar production set in Scotland, where he will play a Scottish king in a Hans Christian Andersen-style fairy tale.

But it’s clear that his continuing success hasn’t gone to his head.

The Hoff Checks In to Edinburgh