THE young Scots mum-to-be who died from swine flu only a month away from having her first child was named today as Denise Murray.

Locals revealed the 17-year-old had been expecting her first son or daughter before she contracted the H1N1 virus which claimed her life on Wednesday. 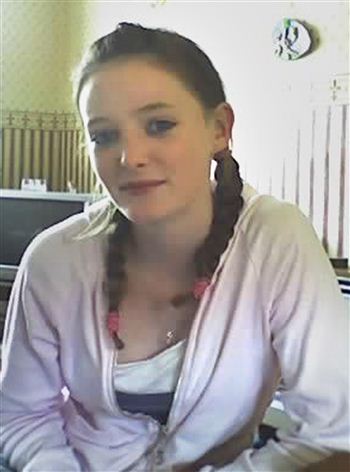 Her unborn child tragically did not survive either despite frantic attempts by staff at Borders General Hospital to save them.

The tragedy stunned her tiny Borders hometown of Tweedbank as locals tried to take in the news that she had slipped away on a ward not even a mile from the family home which had been so looking forward to the new arrival.

Her parents, David and Sandra, and their five other children, did not appear to be at home as the tragedy swept the town.

But devastated neighbours spoke of the teenager’s “bubbly” personality and recalled how she stood out from the crowd with her lust for life.

Neighbour Jennifer Wood, 49, whose own daughter goes to the same Earlston High School attended by Denise’s brother Greig, said: “It is very sad.

“There has been a lot of people coming and going at the house, presumably to pass on their condolences.

“But it’s far too soon to come to terms with for her family.”

“She was a good looking girl, definitely took pride in her appearance – I didn’t actually know she was pregnant.

“If I could say anything it would just be to say that everybody is thinking of them and feels devastated for Denise and her baby.”

Another friend – who did not want to give her name – was at Halo Hair Salon and described Denise as a “gorgeous bubbly girl”.

She said: “It is just so raw that nobody knows what to say.

“Denise used to come here with me and we would get our hair done, she was a gorgeous lovely girl.

“Everyone knows her family because of all the boys and you would struggle to find anything bad to say about them.

“What can you say when they are expecting an addition to the family and an instead they lose their girl.

“It is tragic and I would not want to say much more out of respect for Sandra.”

Denise’s death came after a week which saw the highest number of hospital admissions in Scotland.

Health Protection Scotland said 12,500 people were infected with the deadly H1N1 virus in the past seven days.

The first batch of vaccine is due for delivery next week with some 1.3 million categorised as being part of the priority group to receive it.