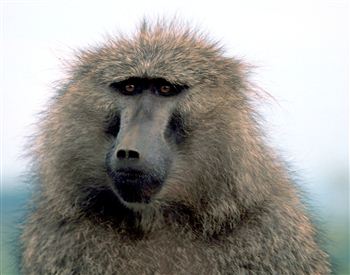 THE ANIMAL Liberation Front have said that restaurant critic AA Gill is a “legitimate target” after he boasted of how he shot dead a baboon for sport.

The group – who have been involved in terror attacks on workers involved in animal research – have said that some of its members may take “direct action” against the writer.

The Sunday Times columnist boasted to readers last week that he gunned down the endangered creature on a safari in Tanzania, to “get a sense of what it might be like to kill someone”.

The Edinburgh-born writer, 55, said: “I took him just below the armpit. He slumped and slid sideways.

“I’m told they can be tricky to shoot: they run up trees, hang on for grim life.“They die hard baboons. But not this one.

Robin Webb, a spokesman for the Animal Liberation Front, said that Gill’s actions and boasts had “brought his into the public arena and to the forefront of the animal right debate.

He added: “There will be ALF activists who would consider anything short of physical harm as a legitimate way of targeting the journalist.

“Examples of tactics that have been used in the past and may be used in the future are damage to property, his house or vehicle.”

Guy Norton, who is an expert on the behavior of baboons in Mikumi National Part in Tanzania, said that the animals are “sentient and feeling animals”, not unsimilar to humans.

He said: “I can understand the repulsion people are felling because it is hard to see why he would do this in the first place.

“I can understand it if there was a purpose, but what Gill is talking about it not responsible hunting.”

Douglas Batchelor, head of the League Against Cruel Sports, said: “There is no excuse for taking potshots at such endangered species.

“The vast majority of people in this country find trophy shootings of this kind absolutely despicable.

“Management of animal populations should be left to people with specialist skill and knowledge and not to restaurant critics with nothing better to do with their time.”