Great Scot! Our Moira is troops’ angel of Camp Bastion

A BRAVE Scots mum of two has told for the first time of the harrowing work in a battlefield hospital which has helped make her the angel of Helmand Province. 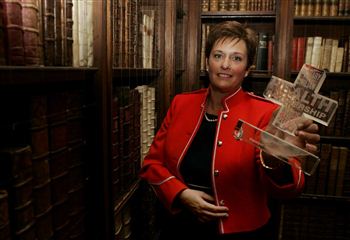 Moira Kane watched as the latest news about the mounting casualties in Afghanistan filtered through this week, follow by political posturing over the rights and wrongs of it all.

Regulations prevent her from commenting about the war on terror.

But look into her pools of eyes, and you know she has seen more horror on her Camp Bastion medical table than most could imagine, alongside some awe inspiring courage.

Dressed in civvies, she would look like any other middle aged woman. As a nurse, she might draw more respect.

Discover her place of work for part of the year, and she leaves you breathless.

And truly deserving of recognition for the work she and her team do in preventing yet more British deaths from the battlefield.

Smiling and calm, she said: “I saw the most harrowing, horrific injuries I’ve ever experienced out there.

“Then moments later you could be treating a four-hour old baby.

“Sometimes you’d get 10 casualties coming in at once so I eventually needed three teams of 12 people working 12-hour shifts.

“But if there was a major emergency it was simply a case of calling all 36 people in to help, even if they weren’t on-call.” 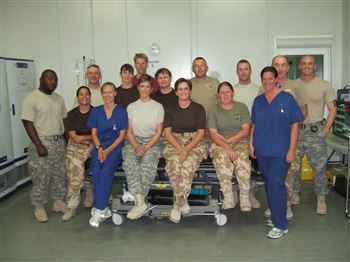 Encountering dozens of bloodied war wounded soldiers with multiple amputations would test the even the hardiest of medics.

But this Scots nurse told of how she would happily tackle another gruelling four-month shift running the UK military’s biggest emergency ward in the sweltering deserts of Afghanistan.

As the war against the Taliban raged on around her, cool-headed mum of two Moira bravely treated squaddies with some of the most harrowing injuries imaginable.

As a serving reservist, 52 year-old Moira also believes her 16-week shift without a day off proves members of the TA deserve more credit than the “weekend warriors” tag they are often labelled with.

With nursing and Army history deeply rooted in her ancestry, she knew exactly what she wanted to do when she signed up as a cadet nurse aged just 16.

Now a Major with the TA, Stirling-born Moira fits training around her “normal” day job as a Birmingham hospital matron in the expectation that she could be deployed again at any moment.

Her unsung heroics were honoured last week when she returned to her homeland to collect a unique award from HRH the Duke of Gloucester.

But she says the biggest relief about coming home from Helmand Province is getting to spend Christmas with her family, even if though she will be on-call on Boxing Day.

She said: “Coming home is lovely but it’s not as big a deal as when the soldiers themselves return.

“There are no welcome home parties or anything like that, because you have to be mindful of the fact that it is a multicultural society.

“I am acutely aware of the sensitivity of talking about the war in Afghanistan.” 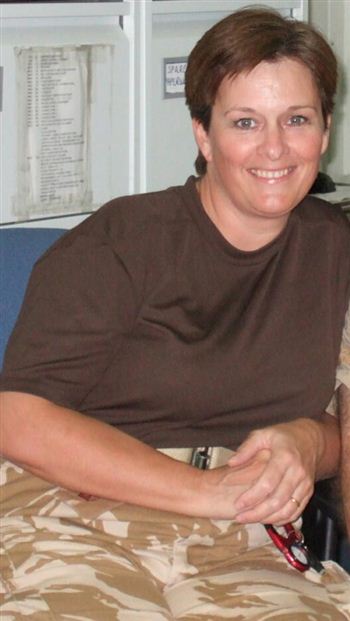 Her calm approach to orchestrating a massive team of medics at the forbidding Camp Bastion emergency hospital was hailed as “an inspiration to all” at the Military Health Awards.

Her summer working in a warzone seems all the more remarkable when she tells of how her two children “take it in their stride.”

She has been married for 32 years to Vijay, an orthopaedic surgeon who also works at the George Eliot hospital, and who shares her passion for deployed healthcare for the military.

The couple were posted to Iraq in 2003, and while Moira says she enjoyed the experience, she does regret not telling her son and daughter more about it.

She said: “My mum looked after them back then and to be honest I’ve since realised it might have helped to tell them more about why we were there.

“But it was hard to know what was sufficient information, because we were really going into the unknown as the war was something new to all of us.

“There was a phone ban when we first got there so keeping in touch was so hard and I do feel for my kids thinking back.

“Now they just take it in their stride when either of us are deployed.

“They know it is something deep to my heart.”

This summer however, Moira was able to take her laptop computer to Afghanistan and speak to her now grown-up children over the internet.

The web also helped her team in Bastion to follow the progress of some of their patients once they had been flown back to hospitals in Britain.

But even in a week which has seen too many deaths, too many funerals, too many goodbyes – it is the ones who pull through that ensure these angels of the frontline never lose hope.

She said: “The casualties would be with us very relatively short periods.

“They get picked up by helicopter, give a brief on what happened on the journey, we give the emergency treatment and ensure they are thoroughly examined.

“They are so determined and motivated.

“Even when they are lying there injured, they tell you they want to be back with their colleagues.

“It is very distressing to see them with major injuries.

“But at the same time we have a link up with the hospital back at Selly Oak which allows us to see how they are making progress.”

Pausing, she adds:  “That is your reward, to know they are on the mend thanks to your efforts at the very front-line.”

“The soldiers are what inspire me to do it.”