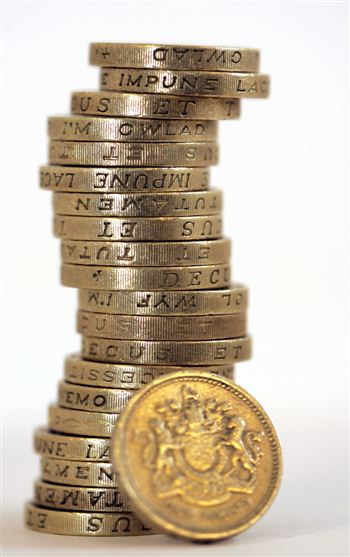 SCOTTISH charities are missing out on vital donations from wills, with recession-hit families preferring to secure more money for their loved ones.

Slashed interest rates and plunging property prices have left Scots rushing to ensure that their families don’t miss out on vital legacies in favour of charitable donations.

Edinburgh-based law firm Gibson Kerr have estimated that the total value of charitable donations left in wills has HALVED over the last eighteen months.

Fiona Rasmusen, partner at Gibson Kerr, said: “We all know the credit crunch has had a huge effect on many people in Scotland and the rest of the UK.

“Many people have investments in savings accounts, shares and property, but these have been badly hit by the economic downturn.

“One significant development of this has seen people opt to change the details of their wills to reflect these difficult decisions.

“With savings and investments worth far less than they used to be, people are deciding to leave more money to their families and loved ones – and less to external organisations. “

“It would appear that there is a desire to avoid any upset in a family by ensuring donations to loved ones does not reduce as a result of the credit crunch.”

Lucy McTernan, deputy chief executive of the Scottish Council for Voluntary Organisations admitted that this was “yet another blow” for Scotland’s flagging voluntary sector.

She said: “The voluntary sector is facing really tough times in the recession, due to falling income and rising demand.

“The impact of this fall in the value of legacy donations is yet another blow and will be strongly felt by charities, social enterprises and voluntary organisations right across Scotland.”

Many charities depend hugely on legacy donations as a vital source of funds, and to many a drop has meant a cut in budgets.

Some even have dedicated legacy departments devoted to working with potential donors.

Ginny Harris, legacies and marketing manager for Barnados, said that the British charity sector as a whole had seen a drop in legacies left in the form of property and investments.

She said: “Donations in the form of residual legacies have fallen by 5.5%, as property prices and share values have fallen during the recession.

“This is across the whole UK sector, rather than just Barnados, but charities like ours are certainly seeing the effects of this drop.

“They are a hugely important part of our funding, and as a result we have a much tighter budget this year than the year before.

“Going forward, it’s important that charities invest time and marketing into making the public aware that legacies are an option.

She added: “We are not anticipating a change for at least the next couple of years.”

Gibson Kerr estimate that legacy gifts to charities that are left as part of people’s wills are now around half the value of what they were two years ago.

And until the economy recovers along with consumer confidence, the Edinburgh-based firm predict lean times ahead for charities that depend on legacy donations.

Fiona Rasmusen added: “If you have a property or share portfolio that is worth £50,000 less than it was a few years ago, you will want to ensure that your family doesn’t lose out as a result of this.

“Therefore, you’ll look to amend other parts of your will and will give money that would have originally gone to a charity to your family instead.

“Charities, in particular, are suffering from this shift in attitude. Just a few years ago, you would get people leaving fairly large donation to an organisation such as the Scottish SPCA or Cancer Research in their will, but now those legacies are much smaller.”

Colin Flinn, head of fundraising for Veterans Scotland, said that charities had to show sensitivity when discussing potential legacy donations.

He said: “First of all, any charity should understand hat family comes first.

“If you do feel that there is money you do have, once you have thought of family and friends, one would hope that you might think of charitable organisations, but it’s a process that comes after many years’ work.

“There’s not much charities can do about the situation but it is mostly about keeping in touch with your supporters.”

“It’s about going to long-standing supporters and explaining those issues, and being proactive and engaging – but family always comes first.”

Michelle Grubb, head of marketing and communications for the Scottish SPCA, added: “Legacies account for around 50 per cent of our total income, so they are vital source of revenue for us as a charity, particularly as we do not receive any government or lottery funding.”