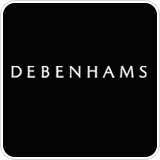 A DEPARTMENT store is spreading a little Christmas spirit by making a donation to a charity who had their collecting tin stolen from them while they were fundraising.

Members of staff from MSTC Lothian were busy wrapping shoppers’ Christmas gifts outside Debenhams in Ocean Terminal, Edinburgh when a callous thief took the collection jar from their table.

With between £150 and £200 in the tin, the charity were shocked at the crime, describing it as “disgusting”.

Staff at Debenhams heard about the theft and were keen to help out – donating a generous £100 to the charity.

And they promised any funds raised from the wrapping service they are providing during the Boxing Day sales would also be given to the group.

Store Manager, Lee Johnston, said: “It has been a very unfortunate turn of events for the MSTC Lothian fundraisers, who have been doing a wonderful job wrapping presents for shoppers.

“The charity does fantastic work and that’s why we have decided to donate £100 and our gift wrap collections this weekend.

“I’m sure our generous customers and colleagues will make an extra effort to bring back some festive cheer for MSTC Lothian this weekend when the sale begins.”

It was the fourth day the volunteers had been wrapping presents for donations outside Debenhams in the busy centre.

The theft happened at around 3pm on Saturday; shortly after centre Director Gordon MacRae had received a £20 donation from one happy customer.

He is delighted with the generous offer from the retail giants.

Gordon said: “We are incredibly grateful for this very generous gift from Debenhams, it means a lot to the centre.

“We were saddened by the theft but this donation will restore our members’ festive cheer.

“We were extremely busy and people were being very generous.

“For a small charity like us, £200 is a lot of money – money we can’t afford to lose. I feel very sorry for those who donated money in good faith, and our helpers who donated their time, that it won’t go to helping our members.”

The small charity supports people on the east coast of Edinburgh living with MS and a range of other conditions.

Around 200 people benefit from hyperbaric oxygen therapy at the centre which is known to relieve the symptoms associated with the chronic condition and some other conditions.

A Lothian and Borders Police spokesman said: “This was a callous crime, and we are appealing for any information that can help us identify who is responsible.

“Anyone who was in the area outside Debenhams department store between 2.45pm and 3.15pm, who noticed anyone acting suspiciously there, should contact Lothian and Borders Police on 0131 311 3131.

“Similarly, anyone who has any other information that can help us locate the stolen collection tin and its contents should also get in touch.”