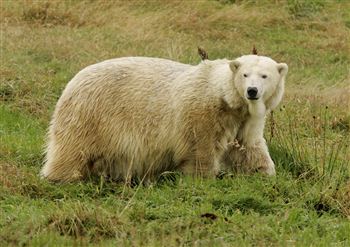 SCOTS conservation experts have pin-pointed the planet’s most at-risk species in 2010.

Butterflies, tigers and tuna are among the 10 most threatened species according to a new WWF Scotland report released today.

They believe climate change, poaching and deforestation in 2010 will leave some animals at “a greater risk than ever.”

And they added that Scotland’s pledge to cut emissions by 42 per-cent by 2020 was a vital part of global efforts.

Director of WWF Scotland, Dr Richard Dixon, said: “We have a window of opportunity in which to step up and pull back some of the world’s most splendid animals from the brink of extinction.

“We urge everyone who wants to live in a world with tigers, polar bears, and pandas to make it their New Year’s resolution to help save these amazing and threatened species before it’s too late.

“The fact that the majority of the species listed this year are being directly or indirectly impacted upon by climate change underlines the urgent need for world leaders to hammer out a legally-binding global climate deal.”

The list includes the polar bear, which has become a symbol of the destructive power of climate change as the earth’s ice caps have begun to melt.

And while Scotland has played its part in helping the UK’s only polar bear – Mercedes – move to a healthier enclosure in the Highlands, 2010 could see the species head towards extinction as global warming accelerates.

Douglas Richardson, animal collections manager at Mercedes’ new home at the Highland Wildlife Park in Kingussie, said that the park was planning to house even more polar bears.

He said: “We have recently decided to make a long term commitment to polar bear conservation which has been triggered by the creation of a very large new home for the UK’s last polar bear, Mercedes, at the Highland Wildlife Park.

“The enclosure design was experimental, but its success has proven that one can provide high quality, very large, natural environments for the species at a fraction of the traditional cost of a much smaller facility.

“This successful experiment has opened the door for similar enclosures to be constructed in support of the European polar bear breeding programme, and it is the Society’s intention to build an additional polar bear facility at the Highland Wildlife Park to facilitate breeding of this increasingly threatened species.

“Although it would not be the preferred option, the reality and rapidity of climate change dictates that for species like the polar bear, we must be prepared to take advantage of all the potential weapons in the conservationists’ arsenal, and this will include captive breeding. “

Next year has also been declared by the United Nations as the International Year of Biodiversity – with nations invited to take action across the 12 months to safeguard the variety of life on Earth.

As well as well-known animals such as mountain gorillas and tigers, WWF Scotland’s hit-list of at-risk species includes blue-fin tuna and the pacific walrus.

It also features the giant panda, whose numbers have been whittled down to a mere 1,600 thanks to the destruction of its forest habitat in China.

But after three decades of working with the Chinese Government, WWF Scotland hopes that their influence can help the panda population flourish once more.

Dr Dixon added: “Thanks to the efforts of WWF, a number of species around the world have already been brought back from the brink.

“However, if the world’s climate remains broken then the successes we’ve had in reducing poaching and protecting habitats will begin to unravel.

“While the world is forced to wait for a new legally-binding climate deal, we need to encourage more local action to reduce emissions.

“If our global governments continue to fail us, we must act locally.

“It is particularly important that Scotland gets on and delivers on our 42 per-cent target for 2020, reducing emissions, creating jobs and improving people’s lives.”