Drunk postie who refused to strike “abused” by colleagues 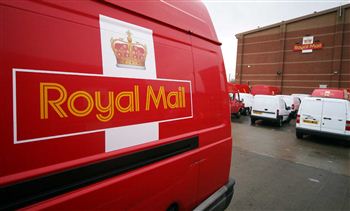 A POSTAL worker who refused to go on strike claims the abuse he got from fellow posties led him to drink driving.

Steven Archibald was caught behind the wheel of a Royal Mail van while twice the drink-drive limit.

A passer-by saw him veer the post van into a traffic cone and phoned the police.

He was searched and police found what were thought to be ecstasy tablets in his pocket.

The 24 year-old blamed stress for his downfall, claiming he had been “ignored and abused” by colleagues for not joining the picket line at the Dalkeith, Midlothian, depot where he worked.

He got an 18-month driving ban and £600 fine today (Wednesday) at Edinburgh Sheriff Court.

The court heard Archibald shunned last August’s industrial action over proposed job cuts because he had deep family roots in the postal service.

“Smelled of alcohol and slurring his speech”

He has since left his Royal Mail job and is an assistant manager in an Edinburgh restaurant.

Fiscal depute Lisa Welsh said police found him sitting on a pavement after drunkenly crashing the van into a cone.

She said: “It was about 10.30pm and Mr Archibald was trying to pull away from the Royal Mail depot at Esk Bank Road.

“A person nearby walked up to the vehicle as he had concerns about his driving after he hit a traffic cone.

“Mr Archibald switched the engine off after speaking to the man and after checking his welfare the man called police.

“On arrival police noted the van had damage to its offside wheel.

“They saw Mr Archibald sitting on the pavement next to the vehicle and noted that he smelled of alcohol and was slurring his speech.”

He pled guilty yesterday to drink driving, taking and driving a van without consent of its owner and driving without insurance.

Archibald had been out drinking before his nightshift, according to his solicitor Jim Grant.

Mr Grant said: “These offences had their origin in the Royal Mail dispute of last year.

“There was much discussion about staff going on strike but Mr Archibald is from a postal family and he decided it would not be in his interests going on strike.

“So he returned to work, much to the anger of his colleagues.

“He was ignored and abused and that led to a lot of stress.

“On June 27 he went out drinking in Dalkeith, got rather drunk and decided to go back to the depot.

“He has never really been a drug user but during the course of the evening purchased the two tablets in the pub.”

The supposedly class-A drugs turned out to be fake, so Sheriff Frank Crowe cleared him of drugs offences, saying the charge of attempting to possess ecstasy was “the least of his worries.”

He told Archibald, of Bonnyrigg: “You got yourself in a bit off a mess that day.

“You had far too much to drink and taking a van could have endangered others.”